(Terra) She’s not present in the ED because the ED depicts the epilogue of Terra. Kagari and Kotarou are in the tree from the final shot. She’s also represented as the huge Moon behind Kotarou.

while the next frame shows an entirely new set of hair.

It goes from showing Akane’s hair at shoulder height shown by the uniform. The next drawing is when she has moved further along the arch they’re moving in. There it shows the end of her hair around her lower back where the ribbon on the uniform is. That shot also doesn’t fade between heroines: it cuts directly. The ED has a very consistent theme going, and Kagari is not part of it.

I too thought it was Akane because of the blue ribbon in her hair, but Akane had a frame with her without the red ribbon…I only assumed it was Kagari. Could in fact be Komari, haha.

I think the biggest assumption you are making is that (rewrite VN spoilers) this anime is not, in and of itself, a simulation.

Well, uh, yeah. Of course. Its either my theory or that. No other options really.
I think you misunderstood my first “evidence”. The creation itself is not the evidence. Its the fact that the opening scene shows the heroine routes, and Kagari standing on the Moon, alone, staring at the Earth. As I said, its not so much evidence as it is, "Hey, look. I noticed this thing, and if you interpret it in this way, it could mean this.

However, moon’s timeline, I believe, really cannot be seen as something in that sort of linear fashion.

Right, right, I already agreed that (VN, Moon)the first “dream” could easily be part of that weird Moon time thing, and the fact that Kotarou sees it as a dream doesnt actually prove that it came explicitly before. In fact, we dont even really know where all the simulations and that scene even fit in “time-wise” in the VN.

I personally have a theory where the entirety of simulations happen within the split second that kotarou decides whether or not to attack kagari.

(VN, Terra) [spoiler]Although other parts of my recent VN Moon route theory were not 100% sturdy, I am pretty confident in my proof that the simulations did not occur at that decision point, but before humanity even evolved for the second time, based on the Kagari (Earth) Memories entry:

“The Earth was once filled with life originating from a meteor. As time passed, humanity was born naturally. Then they were destroyed before colonizing space, and had to re-evolve. By that point in time, the Earth was on the verge of drying up, so some of the aurora flowed to the Moon, where fresh material was still available. This is how the garden was formed.
That was fine for a while, but then the Moon dried up as well. By then the Earth had recovered somewhat, to the point where one more attempt at evolution seemed like it might just be possible. this the aurora flowed back to Earth.”[/spoiler]

@Yerian, Baba and Tanaka both talked passionately about wanting to clarify the whole Moon/garden business. I’m not sure how that fits into your theory.

I think it clearly is kagari 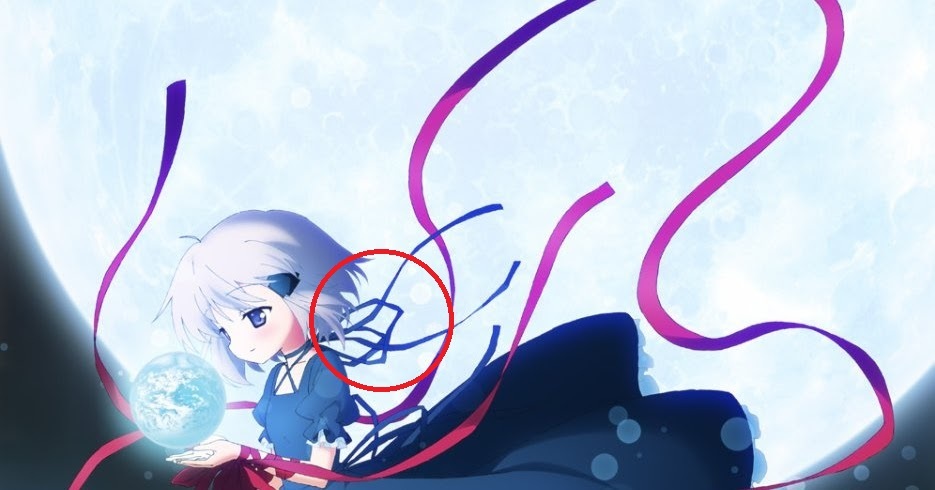 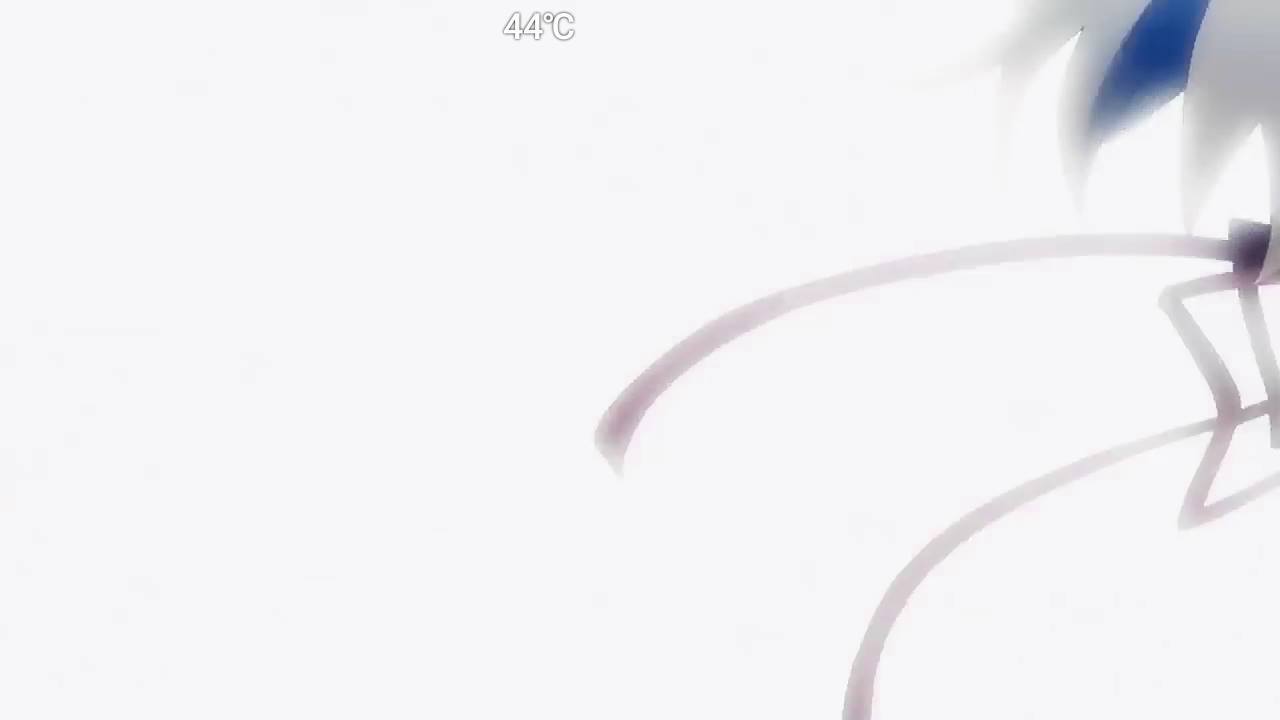 I’ve never noticed that part of her design. I’d still hate for that to be Kagari. It destroys the orchestrated beauty of the ED.

It destroys the orchestrated beauty of the ED.

Whoa whoa wtf ? o_O Why ? How can that one particular frame destroy the ED ? Are you exaggerating it a bit too much? or you just dislike her that much you don’t want too see a glimpse of her existence ? o_O

I like the idea of it following a pattern. It’s not a pattern if it’s not consistent throughout. I think it’s stupid to have one drawing of Kagari and nothing else. If they wanted an ED featuring Kagari, they could have just made that instead. Film makers have the power to do anything, so there’s great importance in what they choose not to do.

you just dislike her that much you don’t want too see a glimpse of her existence ?

God no, I love Kagari as a concept.

I love Kagari as a concept.

As a concept, not even as a character HAHAHAHAHAHAHAHA. Oh well, I understand your feelings 'cause I feel the same way about Kagari but I never say it since it feels a little… insulting to her.

I wonder why White Fox wasn’t able to do the whole anime?

Ahhhh okay that really helps. Thanks for the information

Guess we’ll see where it all goes.

They’ve done 2 things in the same season before. Fall 2015 had GochiUsa 2 and Utawarerumono.[quote=“Totoro_Futaki, post:30, topic:2901”]
Maybe a remake in the near future
[/quote]

Near future is very unlikely. Key is putting a ton of effort into this (new route, Rewrite+, all the promo) that I can’t see them just going “that didn’t count we’ll redo it”

I believe 8bit and White Fox both rely on freelancers for animation anyway so the studio really doesn’t matter in this case.

Even though Key is definitely putting their bets on this anime adaption, and new route for Rewrite, I don’t think it’s impossible for a remake by another studio in the near future. Only reason why Key is involved in this adaption is because of Rewrite’s formatting, and the end-heroine. Who knows, the route could be gorgeous in Rewrite+ (and likely in the anime too)

I’ll just wait until Moon and Terra. That’s where it really counts to see if it’s good or not.

Of course only 2 episodes have come out, But if there is a remake, I think that’d be great, along with the heroine routes if possible. Of course, this is just on the assumption that Rewrite’s anime will not be animating the heroine routes in any type of form in the future, and might not do justice for Terra and Moon. But maybe this new sixth route is all Rewrite’s anime needs to make it as beautiful as the VN was as a whole.

Personally, the most I’m expecting for heroine routes is like Little Busters! EX where it’s an OVA series with like 3 episodes each (I don’t remember the exact amount) but I don’t feel like that’s very likely either.

Many wish for a second season that would include Moon and Terra in it. but… Here’s a slightly little stupid question:

What will be the title of the second season if it had both Moon and Terra in it?

If it’s Rewrite Moon & Terra or Rewrite Second Season which is lame af, I’ll give up all hope on Rewrite’s anime and put that second season just beause of its unattractive title to the bottom of my Key animes’ ranking. Well… That is if there’s ever a second season. tbh, I’d prefer the Rewrite anime if it were like this:

(Moon spoiler)Kotarou of Moon has the memories of all worldlines, remember? They could make him remember these five routes or something before getting to the main point of Moon.
But then, who knows? Rewrite in its entirety could be put on this single season we’re currently watching. Or this one would include Moon too and Terra would be the second season… Well, we’ll see sooner or later.

@Totoro_Futaki Why the hell are you talking about a remake? Not only are remakes extremely rare, there’s not even any indication that Rewrite would warrant one at all.

Does the term “hope” ring a bell? Possibility of remakes aren’t excluded at all when there’s possibilities, even when chances are very slim. Of course, I said “assuming”, which could go either way.

What will be the title of the second season if it had both Moon and Terra in it?

Rewrite ~ Moon and Terra sounds great. Who knows. Moon could be a movie that plays in-between the first and second season, with the second season being called Rewrite ~ Terra, but that does sound underwhelming.

lol if there is a season that has 13 eps and adapts Moon + the 5 heroines routes then that would just be another Grisaia no Kajitsu, also Tensho said in the dengeki interveiw that they are only doing the 6th route while putting some scenes from the other routes so we should all just give up on the “Heroines routes adaptation” dream.
Also Terra is 11 hours long, it would be unbelievably rushed if they put it into one movie (remember DEEN’s UBW movie???)

Judging from how things are going I think Rewrite’s anime will be something like this:

With this they can call Rewrite’s TV special “Rewrite: Moon” and the Second season would be called “Rewrite: Terra”

you know, just like how Grisaia did with Meikyuu and Rakuen.

Does the term “hope” ring a bell? Possibility of remakes aren’t excluded at all when there’s possibilities, even when chances are very slim. Of course, I said “assuming”, which could go either way.

That doesnt make sense. Why would you even be hoping for a remake? You’ve only seen 2 episodes, for crying out loud! You’re not even gonna give it a chance?

Besides, there would have to be a clear, profitable reason to do a remake. Rewrite was barely popular enough to get this adaptation; from what I gather, this is only happening as it is now because a few people were extremely passionate about it, and as an advertisement for Rewrite+.

lol Rewrite is very famous in japan, also when the anime aired, the official hashtag of it in twitter was No.1 in the trending section of Twitter in japan lol

Also according to the Dengeki interview with Tensho, Rewrite’s anime was kind of impossible because of the hard-to-draw girls uniforms, no one wanted to take the job because of them.