But Aspi you can’t ignore the heart of the story. Without love the truth can’t be seen.

Here are some Blue wedges to you.

Clannad and Rewrite spoilers, mostly ClannadIn Clannad, Nagisa is using the lifeforce of the town, on other words, the city is the summoner!
A baby life force is composed of parts of both parents’ lifeforce, in Ushio’s case she got half of her lifeforce from Nagisa, that’s why she ended up dying too.
Because Ushio is a summoner, she can use the lifeforce of the town, she don’t have the ability to fill her own lifeforce, but she could create a new familiar, the illusory world, which is a physical place that connects to other parallel universe!

Ok, this one is a real kicker and applies to all key anime and their audiences. As far as I know, all key anime grabs our feels, KOs them, then kicks them while their down (translation - They make us all want to cry like we were just born), yet we love key anime and keep coming back. Therefore, we are all Masochists!!

But why would a failure be vastly superior to the sucess

I have a CLANNAD theory.
This includes After Story and Fuko’s arc.

In the anime, In episode 2. These people were talking in the background, (and Tomoya also approaches them), and they were talking about how they saw a ghost. And how that ghost approaches someone and gives them a gift with a curse on it. This is obviously implied to be Fuko. Now to the point where Nagisa gives birth. Of course Nagisa had a small chance for survival when she gave birth, but she accepted Fuko’s “gift” so what if Fuko was the thing that triggered Nagisa to die ? What if it was the thing that triggered a smaller rate of Nagisa being able to live through it ? As in “smaller rate”, I’m talking about having the town and her being connected, plus, the cursed gift together, making a smaller chance of survival for Nagisa. Just a speculation. And based on the anime, it also explains why we see Fuko right after the reset during the last few bits of After Story.

But… But Fuko was only trying to be nice D:

Here are some crack theories to make you laugh or hurt your heart (:

The entire series is actually the MC’s dying dream in the train tunnel.

The Illusionary World and Afterlife School are both pocket dimensions that would have been explained by the theory that Kotomi’s parents would have revealed had they lived.

AB! A world where everyone revives unconditionally would break the system completely. It wouldn’t serve any purpose and use up huge amounts of energy if we assume it’s possible in the first place.If Kagari was willing to spend that energy, then there would be no reason to distinguish between children and adults. All humans are her children after all.

I certainly agree with your points against the Rewrite theory, but I can’t stay silent on this one. After all, brethren, we all know the truth about Angel Beats! It’s actually located in the United States. Evidence: Blackhawk helicopters. Check. What color are the SSS uniforms? Red, white, and blue! Why can they just skip school all the time? Because it’s the land of freedom! Which is actually bad for real students, since they’d just fail out of high school. Which then contributes to our unemployment rate, which is why they can’t graduate until they “become good students” (or fall in love (i.e. marry someone else who’ll get a job) or find purpose in life (i.e. a job))! So it’s really just how all American high schools work. It all makes sense! We’ll just attribute the resurrection from the dead to freedom exposure or something.

you… why you kill me. Especially the first theory, it could be so true D:

The entirety of Rewrite is a bunch of Chuunibyou teens messing around.

This is a theory I have about Akiko Minase and her infamous jam.

Note: all my information is coming from the 2006 anime adaptation of kanon.

So here is my theory Akikio minase is an Alien.

So what do we know about Akiko Minase well besides her not having a husband ( or at least one that is around ) Nayuki presumably being her daughter and her general friendliness not very much.

Well there would really only be one Logical explanation. She is part of the japanese branch of the MIB. Think about it, it is never said where she works nor are we told anything about her background. Whenever she has received any kind of harm she has come out of it virtually unscathed.

So what does this have to do with the Jam?

Well I believe her Jam comes from her! Think of her like the Slurm alien from Futurama but more Moe and with a less desirable product. Think about it the only person who seems to enjoy her jam is well herself also when humans eat it it has adverse effects on them. Besides that colour screams alien goo.

Well what about Nayuki wouldn’t she be an alien to then. No! the only thing we know about the minase family situation that is definitive is the lack of a father. What if instead of just a dead beat dad situation there was some accident.

here is a situation for you:

The real Akiko minase and her husband are MIB agents. After nayuki was born her parents went out on assignment trying to save a shape-shifting alien but during the rescue something goes awry and the only one to escape is the alien and as a final favour and a cover the alien transforms into Akiko.

Clannad and Rewrite: About the theory of Nagisa using the town’s power spot and who is her summoner: in Clannad After Story (anime ep15, 16:39) Akio said that he prayed for Nagisa’s life and “Right then it felt like the plants here covered Nagisa”, so maybe Akio is Nagisa’s summoner - like the thing that happened between Kotori and Kotarou

Hahaha, I like that one!
Does that mean that Akio can sense whenever Tomoya goes ecchi on Nagisa? :kyouevil:

A weird theory, only half Key related.

I sometimes like to think that Plastic Memories is the world of Planetarian, if an apocolyptic event hadn’t happened.

I mean, it is funny to think that both heroines are short, silver haired, ponytailed robots that are so cute it hurts.

I mean, it is funny to think that both heroines are short, silver haired, ponytailed robots that are so cute it hurts.

Some are a lot clumsier than others though.

Maybe Nagisa is just a half-mamono so Akio can’t sense them doing echi-thing, or else Tomoya should be dead by now lol 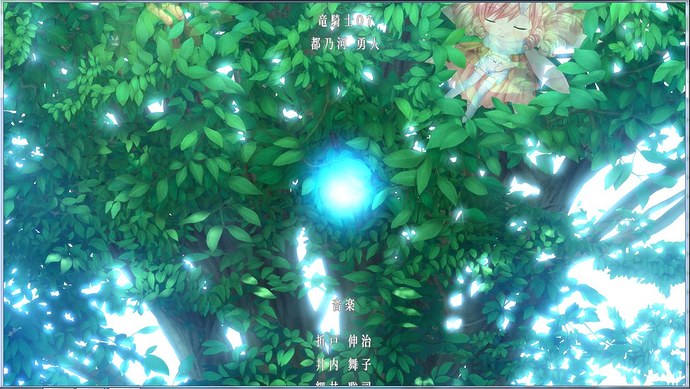 Title screen has the same imagery just fyi. No real need to bring up Shizuru’s route in particular.

(Rewrite/Charlotte) [spoiler] What if Sala’s power is to “Rewrite” her body ?

So she sacrificed a part of her body to improve another one, that is pretty similar to Rewriting.

Sala is female kotarou, Charlotte is just a prequel for Rewrite [/spoiler] 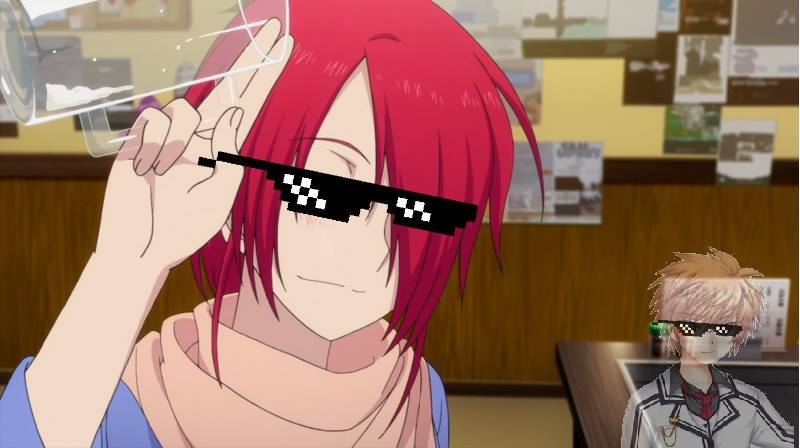