General discussion topic for the One Visual Novel and it’s adaptations. Please tag late-game spoilers with the [spoiler] tag.

So One is the thing that Maeda, Hisaya, Hinoue, and other early key staff made before becoming KEY.

I would play this, but I don’t think an all-ages patch exists for it yet. I think it’s out of print, too.

it has two story right?

I’ve been meaning to play this… Guess I’ll look into it a bit more.

[quote=“EisenKoubu, post:2, topic:938”]
I would play this, but I don’t think an all-ages patch exists for it yet.
[/quote]As in “I have the all-ages version, but there’s no translation patch for it,” or “There’s no all-ages version?” If the latter, and it wouldn’t bother you too much, then maybe you could use a strategy guide to avoid the h-scenes? (e.g., write down the choices that lead to the h-scenes on a piece of scrap paper, and if you see them pop up, choose the alternate option.) Though that assumes avoiding the h-scenes won’t affect the route… 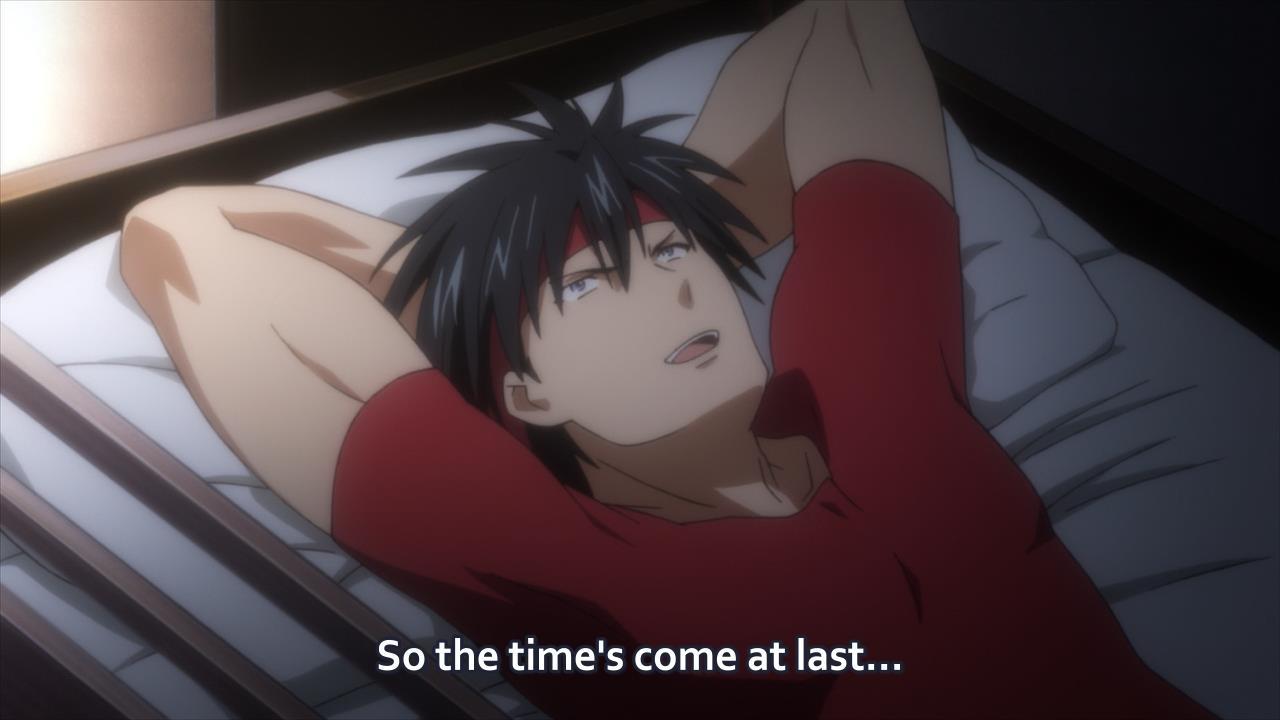 A much needed thread. Character wise, there’s my overview:

I mean, damn you, Kouhei, and your unmasking attempt. Se nearly got raped there

Then again, do you notice the common trend here? Mizuka, Ayu, Rin…

Honestly One kind of has a massive massive flaw.

The biggest conflict in every route is a problem of Kouhei’s, it’s the same every time, you KNOW it’s coming, and you KNOW he can come back, it’s hard to get a feels from it in every route after you do one, because you know it’s fine

[quote=“NotKyon, post:5, topic:938”]
If the latter, and it wouldn’t bother you too much, then maybe you could use a strategy guide to avoid the h-scenes? (e.g., write down the choices that lead to the h-scenes on a piece of scrap paper, and if you see them pop up, choose the alternate option.)
[/quote]I don’t use walkthroughs my first time playing a VN. That’s a rule I’ve only had to break with AIR, since it has such a confusing choice system. Also, to make sure I don’t have any of the sex CGs in the gallery, I’d have to uninstall and reinstall the game every single time I find one.

[quote=“NotKyon, post:5, topic:938”]
Though that assumes avoiding the h-scenes won’t affect the route…
[/quote]I know it won’t. Maeda knows he’s terrible at writing sex scenes. It’ll probably be the same deal as Kanon, where you can easily take them out without harming the story at all. If anybody made SEEN files to get rid of those scenes for those that do not want them (myself included), that would be a great relief.

They are parts of the route. Not optional.

I prepared screenshots a while ago~

It feels like Maeda has traveled back in time to create a game with lots of Key references. It’s gotten to the point where I view every tiny similarity as reference to future works.
For example, Nanase expected Kouhei to take her to a planetarium or a play or a dance event on Christmas. or the narration describing that mysterious other world as one continuing refrain.

Akane’s route was a treasure trove in that regard. It had quite a few similarities with Little Busters. The umbrella-carrying mysterious girl Akane and the parasol-holding silent beauty Mio are very similar in regards to their personalities. None of them ever fell for others’ pranks and were quick to turn the tables. Getting close to Akane as Kouhei felt like Masato trying to flirt with Mio: “Ie desu”. Eating together in the courtyard. And then the route topic of disappearing from the world, although in this regard, these heroine’s positions on the matter are mirror-inverted.
Akane’s route (One) also had some elements later seen in Komari’s route (Little Busters) (spoilers of aforementioned routes ahead): 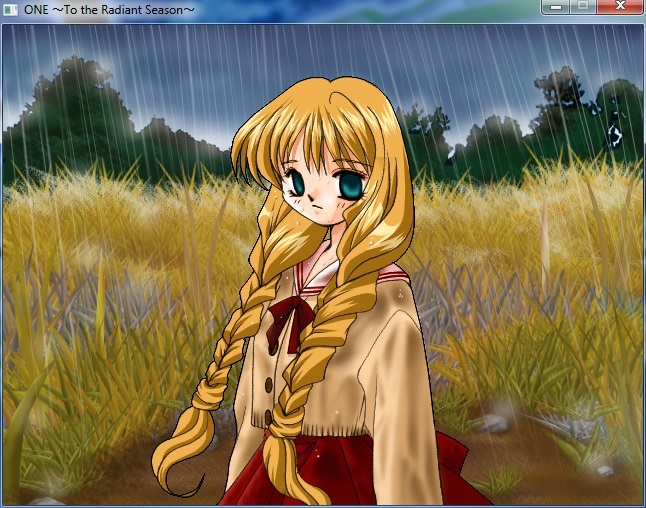 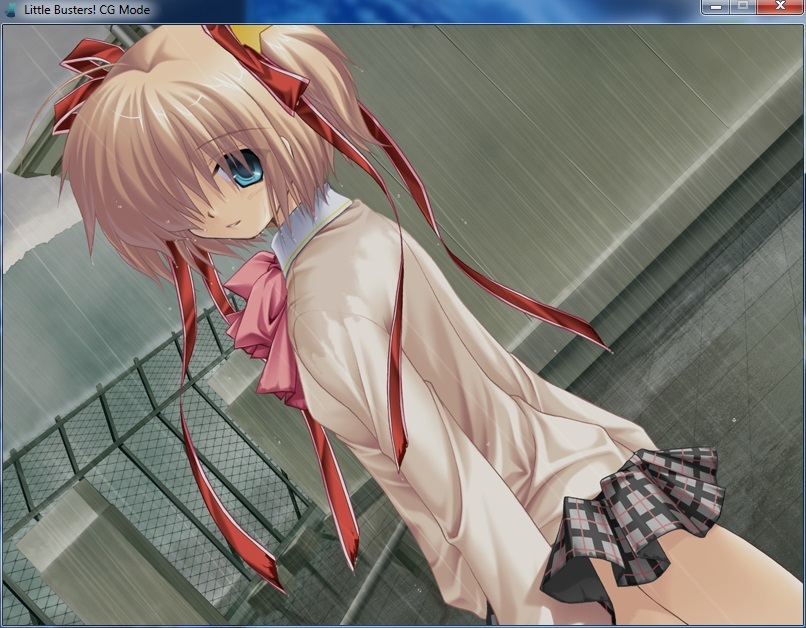 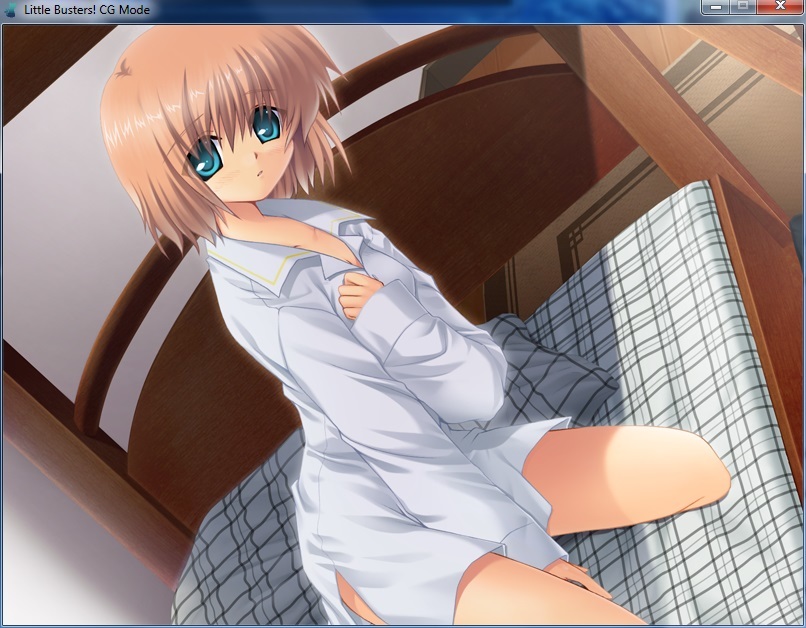 do you recognize this ribbon? 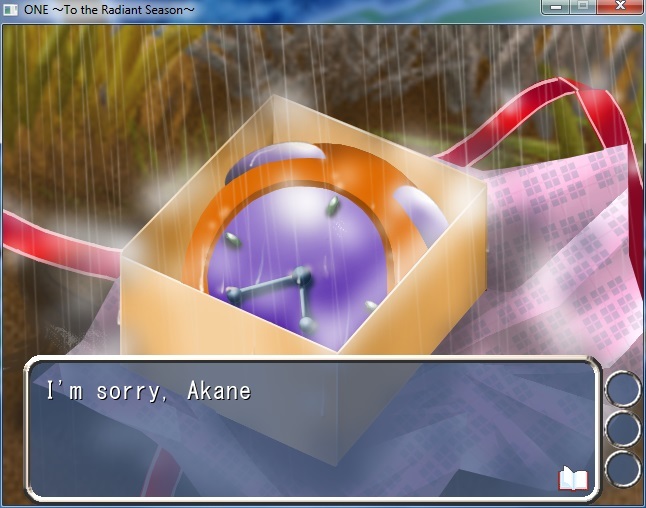 I haven’t heard much of the music in this game, how is it?
Also how about the music in MOON (is that all caps)?

The Tactics music was always pretty similar to Key’s music.

DOUSEI’s OST is about as repetitive as the rest of the game. I find it kinda annoying honestly. It’s like all of Key’s happy sol tracks, but turned up a notch. There’s a couple exceptions, but even those are meh.

MOON. is… Hmm, I’m not too sure how to describe it. It’s more… grungy? I don’t know if that’s the right word. Most of the tracks would fit into a 90’s dystopia type film. Makes me think of alleyways and stuff. It has hints of the standard Key stuff in there too though.

ONE’s OST is basically the same stuff as Kanon but more energetic and lighthearted overall.
I do love some of the evening/night tracks. There’s a bit of the Mai route in there. Some Undertale. That kind of stuff.

She was the OG food girl. Move aside Lucia

I legitimately think this.

Like for realsies I cannot think of a part of One where the answer of ‘best’ isn’t something related to Blind Girl. Music/Route/Character/Design/Writing/Impact, all of it comes back to Blind Girl.

ONE’s OST is basically the same stuff as Kanon but more energetic and lighthearted overall.

Where can I find One’s OST ? I heard a few tracks on Youtube, but that’s only 1-3 tracks. And since it has music like Kanon, I’m all for it !

Dunno if you can get an album copy of the OST (there was probably one released alongside ONE’s re-release) but I just play the BGM files that came with the VN.

Finally completed the game. It was fun to say the least. Maeda didn’t make people cry just yet, but the common route was still good.

I’m not sure which one is my favorite heroine: Akane or Mio.

Surprisingly, the most memorable thing was… the protag. I kinda hated him. I’ll assume that clueless protagonists were still somewhat new back then, so that part was almost fine. I did feel the urge to facepalm forever after how oblivious he was to Nanase’s feelings and how much he hurt her as a result, but that wasn’t the worst part.
What ticked me off was that Kouhei was such a selfish bastard. Fully aware of the fact that he would disappear soon, he would still try to get in a relationship with a girl, then leave her behind. It was like the worst thing he could ever do to Akane, but he went for it without a second thought? Why? Cause he was too dumb to figure out what had happened to her former love interest. And don’t even get me started on Nanase’s optional H-scene. Yeah, let’s not talk about that. H-scenes don’t count, right? That scenario was too unnatural, even for Kouhei…
Nagamori’s route threw me for a loop, though. I was expecting a generic childhood friend drama scenario, but Kouhei’s thought process took an unexpected turn. Instead of remaining clueless, he became passive-aggressive. He started hating all the stuff about Nagamori that he used to find natural. That was kinda great. It was unusual. What I don’t understand, however, is how the heck he arrived at the thought of wanting to hurt her in such a horrible way…

On a side note: If Maeda could create characters like Sumii in One, who’s not a wingman, but at least a legit silly guy friend, why did he screw up so badly with Kitagawa in Kanon?