Yes, Harmonia is an actual thing that’s happening. No, it isn’t planetarian 2.

Harmonia has been released on Steam today! 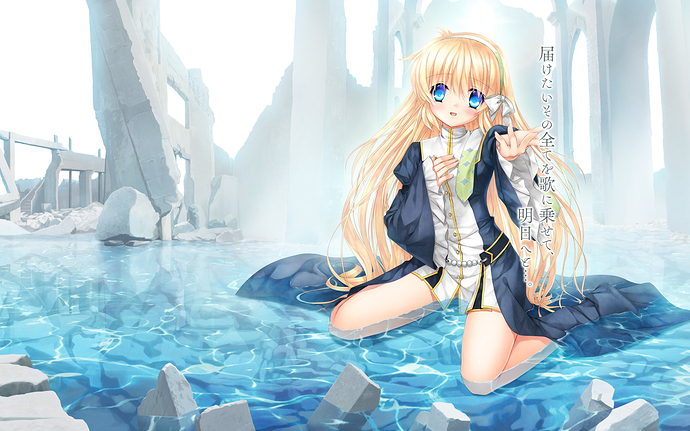 Harmonia is a new kinetic visual novel that was first unveiled in the January 2015 issue of Dengeki G’s magazine to commemorate Key’s 15th anniversary. Harmonia’s release has been delayed to Spring 2016.

Even though it’s been a while since its announcement, we still don’t have too many details on Harmonia. This thread will be kept up to date with new information as it rolls in, so let’s get to it! Character descriptions are taken from the official Visual Arts Facebook page.

Harmonia is set far into the future, in a ruined world where humans coexist with artificial humans who have fake memories called ‘Firoids’. Our protagonist is a Firoid named Rei who awakes inside of an abandoned facility. Rei has no emotional functions of his own, though. He embarks on a journey to become closer to humans, and along the way meets a girl named Shiona and begins to live with her. Rei finds another girl in the depths of a library named Tipi, and from the two girls he begins to learn true emotions.

Harmonia is written by Kai, who was one of the main scenario writers for Clannad, and is co-written by Tsuzuru Nakamura. 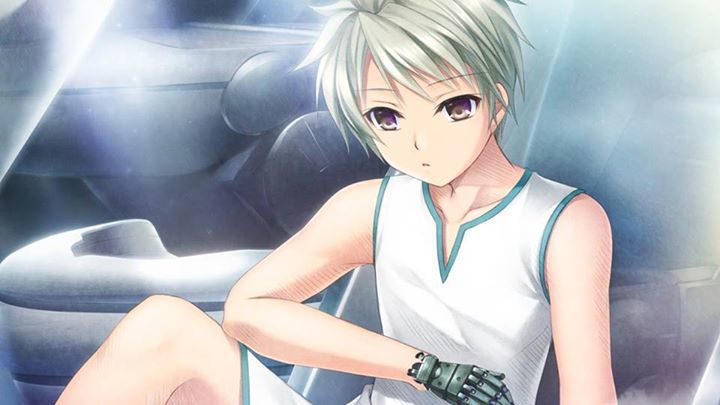 The humanoid, feeling robot (Phiroid) that awakened inside a decayed facility.
Perhaps he was not finished during the manufacturing process, since his right hand is not covered with artificial skin, his mechanical parts are visible.
He finds out that an important program, the one responsible for “feelings”, is missing inside him.

Rei has no voice actor. 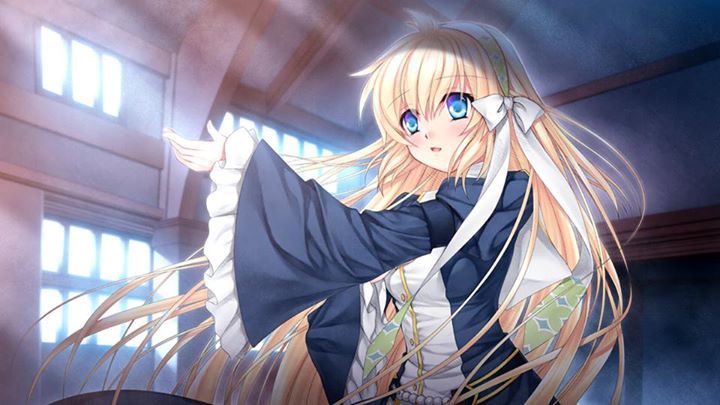 The girl who helped the Phiroid boy. When she found him, she mistook him for a human boy that has collapsed.
The Phiroid boy wakes up due to her beautiful singing voice and he keeps watching her singing.

Shinoa is being voiced by Kaori Mizuhashi. 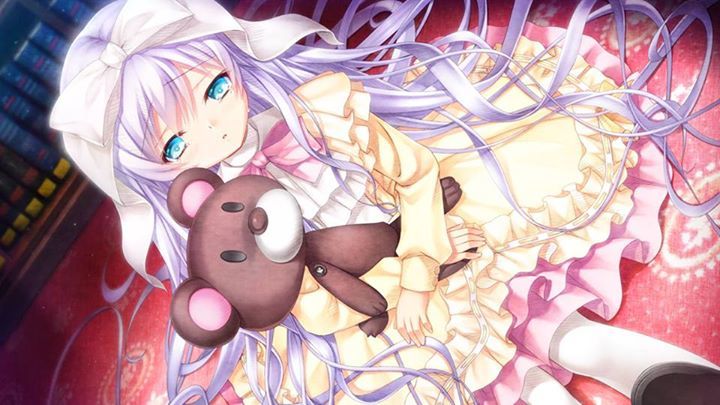 In a place called “library” a little girl is crying all the time.
She was already crying when the protagonist (Phiroid boy) was meeting her for the first time.
In a world of digital writings, it is a mysterious place in which books
made of paper are stored.

Tipi is being voiced by Misaki Kuno. 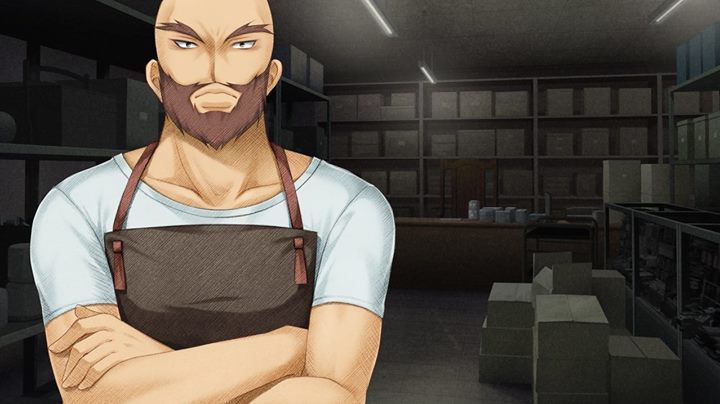 A new challenger approaches! We don’t really know anything about him yet, but this section will be updated with more information as it arrives.

Madd is being voiced by Kenta Miyake.


You can view the original Japanese PV here.

Feel free discuss anything and everything Harmonia related here. I plan on adding more details when I get some free time. If you have stuff you want me to add or suggestions or whatever, lemme hear 'em. Let’s get hyped!

I guess, more than anything, the “emotions” that Rei is going to encounter is going to have to be love. It doesn’t necessarily have to be a romantic love, I wager. But that seems to be the obvious direction they would be going with this sort of story, no?

In a certain anime, these artificial humans would be called “Giftia” :lol:

It doesn’t necessarily have to be a romantic love, I wager. But that seems to be the obvious direction they would be going with this sort of story, no?

Uhh I hope not. I’d rather have a story about relationship that is not romance. Love isn’t necessarily about romance, and I wish about something greater, probably like familial love.
If I have to compare it with planetarian, Mr. Junker is not necessarily in love with Yumemi (or at least that’s what I think) but after the VN, in the drama CD it seems that he values Yumemi’s memory card more than anything, even his own life. Granted that’s probably because Yumemi sacrificed herself for Junker, but how I view it he turns to be someone so different thanks to/because of/for Yumemi.

So I guess we’re on the same page here, yeah

Shiona is going to die, and thus he will also learn sadness.

Teepee’s design is absolutely gross and it’s gonna annoy me all game, screw you Hinoue.

I prefer Teepee to Kotori the Third.

though the name could be better

In a certain anime, these artificial humans would be called “Giftia”

Giftia don’t have fake memories. If anything I’d liken them to a Parents.

Teepee’s design is absolutely gross and it’s gonna annoy me all game, screw you Hinoue.

Give her a green hoody and suddenly she’ll be incredibly popular.
Most of the design is pretty iffy anyway. The execution isn’t great either.

I would love Shiona if only she didn’t have that ultra ahoge.

In a ruined society, ain’t nobody got time for proper haircare! That’s a genuine cowlick right there, and a lot more realistic than the “antenna” ahoge that Itaru usually makes :u

Yeah! And in a ruined society the only thing that doesn’t look proper probably just that cowlick. That argument doesn’t work since the rest of their hair is gorgeous as fu**, and don’t even start with the dress!

But unrealistic hairstyle is one of the essence of animu after all :v

What do you guys think of the rumour that this was meant to be released at Key 15th Fes but got pushed back? I think there’s quite a bit of merit to this.

Seems a bit fishy to me.

#1: I believe the original news source, VisualStyle magazine, only said that there would be promotion of Harmonia at Key15th Fes. So yeah, todoketai melody, bunch of banners, and also they talked about it during a few of the talk shows I guess
#2: It does, but hey, 15th anniversary seems like a year-long celebration or something xP
#3: Wait he did? Wow that must mean something hahaha. Well, nothing we can do about it, just gotta wait now… orz

I had the chance to have dinner during Japan Expo (in Paris) with Takahiro Baba. At the end of the dinner, he told us "a little secret’ : Harmonia will be released at the end of the year and at the same time in English and Japanese !

Yeah, I fell from my chair after hearing that~
(If you don’t believe me, well, here is a picture… I don’t know if it counts as a proof but… well, if it doesn’t let’s say that’s for my ego)

Oh my god that is amazing news. I always semi-joked about Harmonia getting a simultaneous release in both languages due to it’s length and the recent relationship with Sekai Project, but I didn’t think that it would become reality!
Let’s just hope it’s good and does really well so this can be a trend for the future!

I wouldn’t get your hopes up.

ARE YOU LYING ?! I WILL DESTROY YOU IF YOU LIE. Though I don’t get why they’re releasing it near the end of the year. It should have snow at least to make it feel right. Plus, I thought that the only reason why it was pushed back, was because of the 1st beat’s release. Yet, isn’t the 2nd beat, or whatever it’s going to be called, coming out in December ? I read some thread saying that each visual novel for Angel beats would be released every 6 months. It would make more sense if it’s released in the fall tbh.

@Kotarou Well, I think my ears worked correctly and I wasn’t drunk so… if he wasn’t lying to us, that’s the truth (I think that’s logical…). If I had to express reservations, I could say that I’m not 100% sure about the release this year. I’m pretty sure I heard him saying it but I’m not absolutely sure (let’s say 90%). It was such an extraordinary day that my memories aren’t that clear. But I’m 100% sure that he said Harmonia will be released at the same time in both languages (English and Japanese).

If I lied, you can come and destroy me (if I didn’t commit suicide before for bringing false hopes).
My body is ready [inserts Reggie’s face here].

Edit : I will try to contact some people who were with me that day. Three or four people should be more trustable than only one.

I think it’s possible. Say Clannad finishes late October and Harmonia is the same length as Harmonia. I’d imagine the team currently translating Clannad would be able to do Harmonia in about a month.
Stuff like Nekopara Vol. 1 released same day in US and Japan. Visual Arts could also pull a Front Wing and screw over SP (although since SP never got promised they’d do Harmonia I guess that’s far worse)