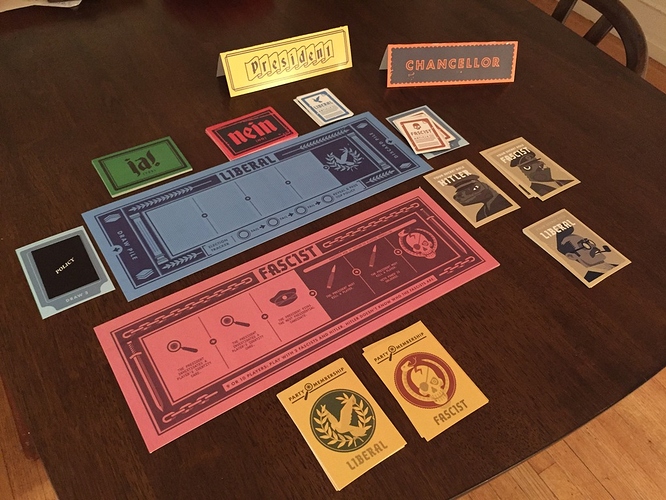 Let’s play the social deduction board game Secret Hitler together! It’s a quick game in which each player is assigned either a liberal or fascist role, with one fascist designated as Hitler. The liberals and hitler only know their own role, but the fascists know who everyone else is and (together with Hitler) will try to deceive the liberals into thinking they are one of them. For a full rundown of how to play, check this video below:

Of course we can’t play the physical board game, instead we’ll be using this web app!

That was great fun! The final game was a wild ride. 1 attendance for Chocomint, 0 for Buff Busters, 2 for Vitamin C, 3 for Team Happiness.

@Naoki_Saten was able to seize victory for Vitamin C, earning them an additional light orb!