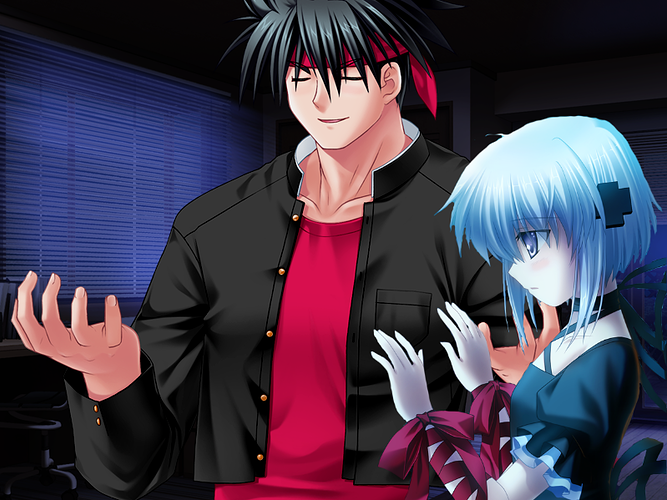 We all know about MasaKaga, but what’s your unlikely ship between two Key characters? We want you and your team to write a short story featuring your two characters and their relationship. It can be silly, it can be heartwarming, and it can be both!

Post your entries in this topic from now until 23:59 UTC on the 22nd.
You’ll receive two Light Orbs for participating, and the community’s favorite submission will receive an extra Light Orb.

Does a ship have to be romantic? Can it be just the dynamic or relationship between two characters if they had met?

Does a ship have to be romantic? Can it be just the dynamic or relationship between two characters if they had met?

The format of our story is a series of dialogues. Enjoy!

You can read it here on the forum…

or you can use the pdf file

Ladies and gentlemen, I present to you the Unlikely Ship of the century: Sunohara x Kotarou

I chose to do Ayu x Yukito (Kanon and Air) POV is first person present. I may have messed up and did past tense at times since my story is past tense…uguu.

It is called: Angel in the Snow

Guess that’s all the teams then! You all get two Light Orbs. With that said, let’s start the voting!

Excuse me but why is StarfishBender’s unlikely ship not up for voting?

Don’t worry, it was just a joke and not the official Chocomint entry!