Every Key series has its share of delicious food. Your task is to prepare a food item which appears in a Key series or is inspired by one. Take photos and post them here!

(If you eat a spicy parfait, I would love to see your reaction

This event will run from now until 0UTC on the 19th.
Each team which submits at least one item will receive four Light Orbs.

Here’s Vitamin C’s submission!
This is one of like 4 recipes I’ve been using at university this year. It might not be super easy to tell but it’s mapo tofu! I couldn’t make it super spicy (not that I really know how) because my sister doesn’t like spicy. 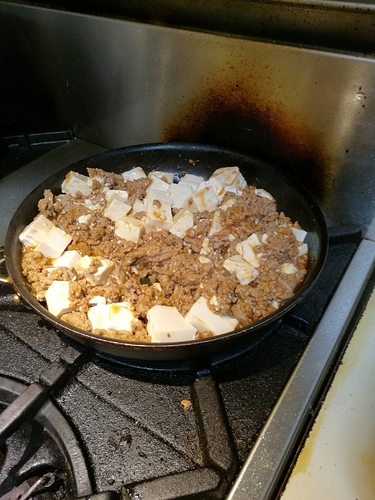 Honestly I’d recommend it for any cooking beginner since all you need is ground meat, tofu, sauce, and some oil. I used this but you could probably get something similar anywhere else. 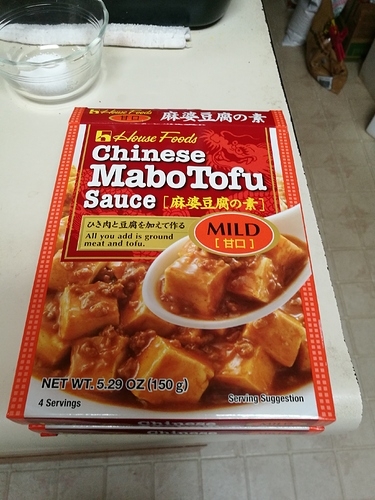 Bonus: I’ve been feeling a little sick today so I was looking for something to make me feel better and uh… 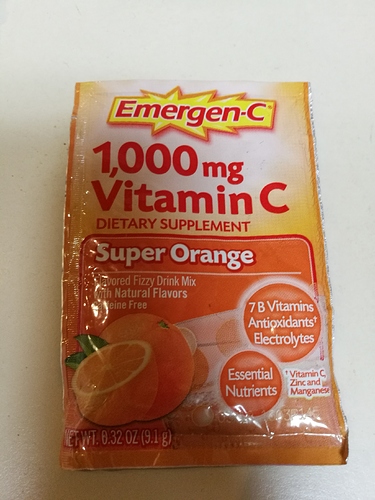 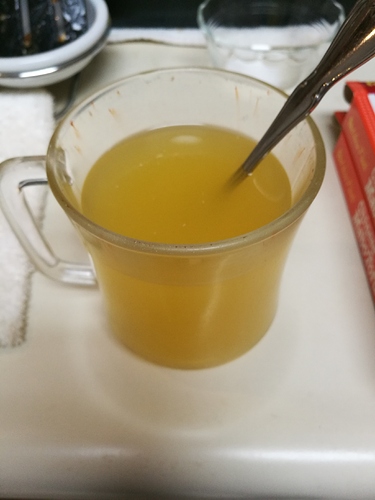 @Grooven from Team Happiness made a Potato from Air out of bread and icing! 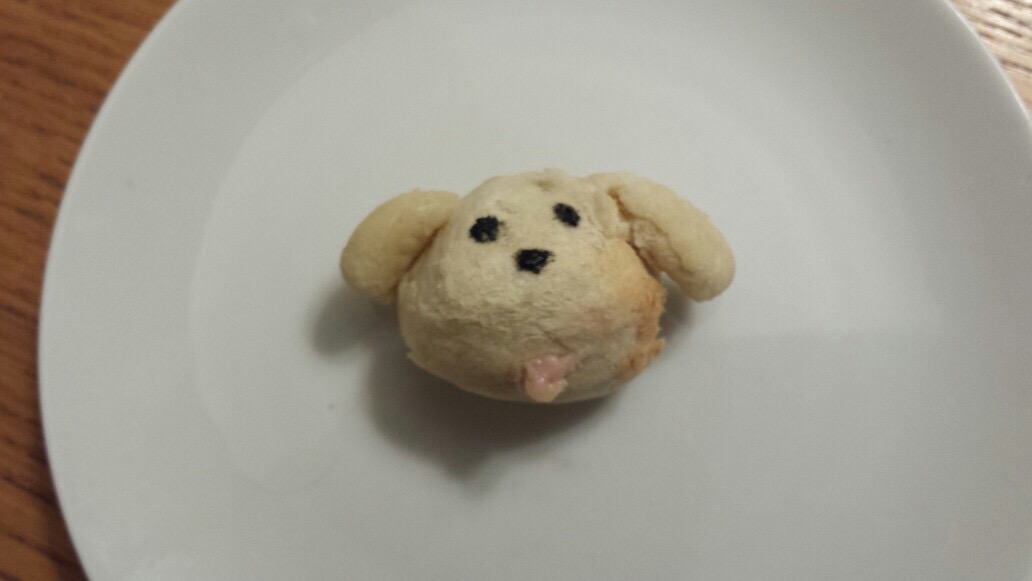 I don’t know the specifics of how it was done since I’m posting it for them while they’re away.

Team Chocomint (the tastiest team) here. I wanted to try making Sanae’s Hyper Rainbow Bread (Ultimate Jam not included). What I ended up with wasn’t quite as dramatic so I’m not sure if I got the “Hyper” part but its undeniably Rainbow-inspired Bread.

The recipe I used was a pretty simple bread using everything you see here: 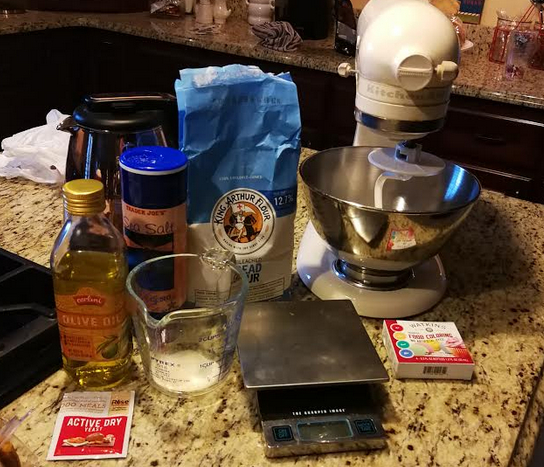 Basically its just bread flour and filtered water in a roughly 2:1 ratio with a little sugar, salt, and oil. I decided to make it rainbow by splitting the recipe into multiple smaller parts and dyeing them before rolling them together and baking. To start I added a packet of dry active yeast to 1.5c (~350g) of water with a bit of sugar. This is the “water” I used for each individual dough do I don’t have to measure yeast and sugar each time. 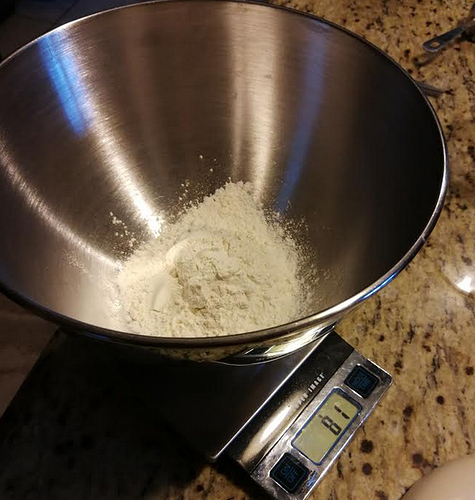 image.jpg567×596 269 KB
For each color I measured out about 80g of bread flour and eyeballing a little salt. 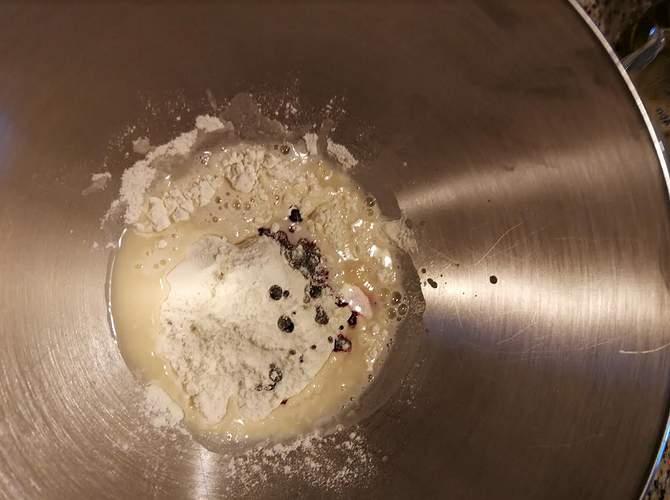 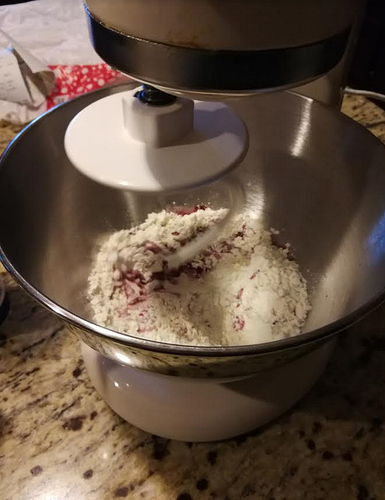 image.jpg577×748 283 KB
Then I tried mixing it in a KitchenAid mixer but there wasn’t enough in the bowl for it to really work so I ended up having to knead all the dough by hand.

The first couple colors didn’t turn out very well, but then I decided instead of measuring the water directly into the mixing bowl I should measure it out separately so I can mix the dye with the water 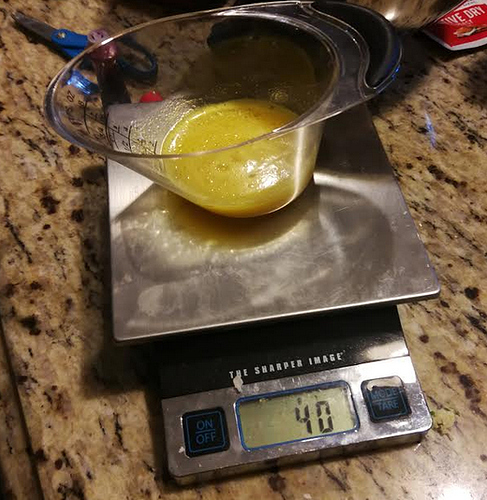 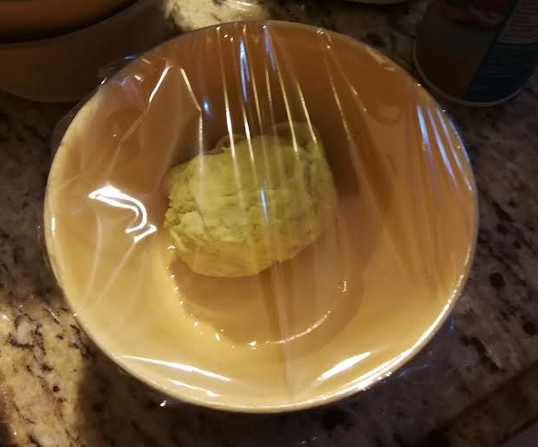 This did a really good job at making the dough more consistently colored. 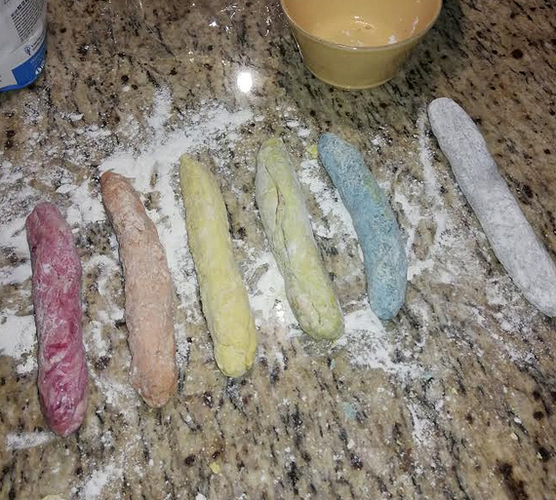 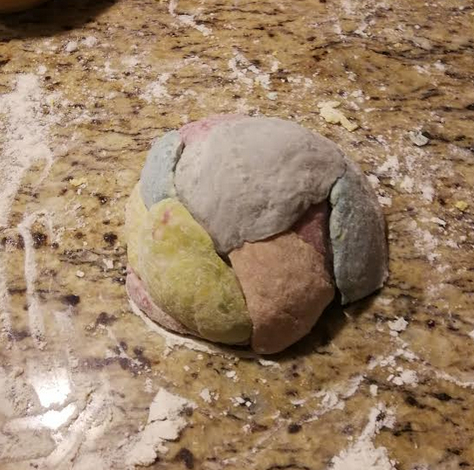 To combine these I rolled them out then then kinda braided them together into a wad. Bake at 375F for 30 minutes 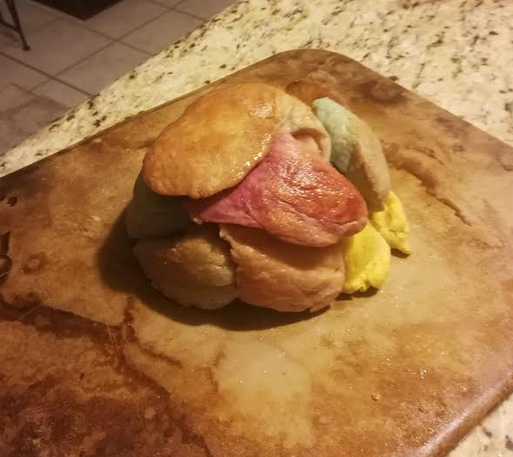 The result was… kinda underwhelming. I expected the different colors to grow into each other but they grew apart (Cest la vie). 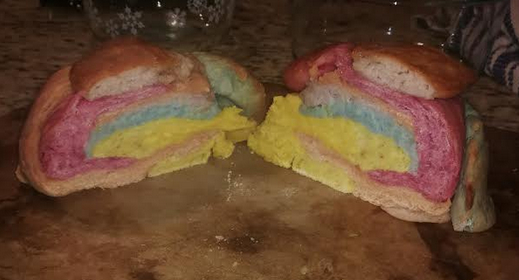 The cross section is nice, but it didn’t rise much. I think I got the water too hot for the yeast. The coloring was also kind of meh for a lot of it. “Its not enough” I muttered as I threw it out and started on version 2.0!

Like I learned from the first attempt, I added the food coloring to the water, not the flour. I also put the yeast directly into the flour instead of proofing it first and just let it rise longer. Finally, instead of letting it free-bake I’m using a loaf pan this time. 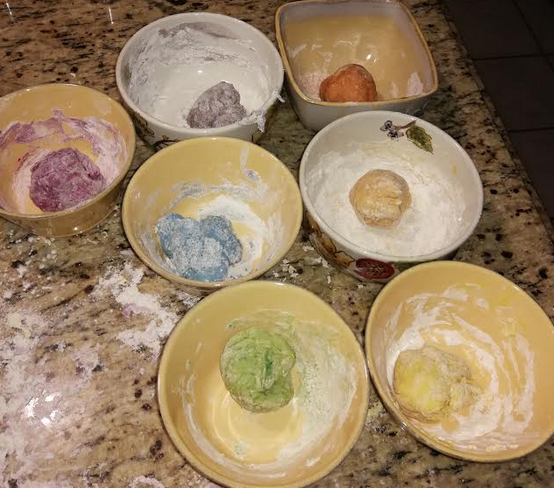 Already, I feel the colors are much more vibrant, and this also ended up rising a lot better! 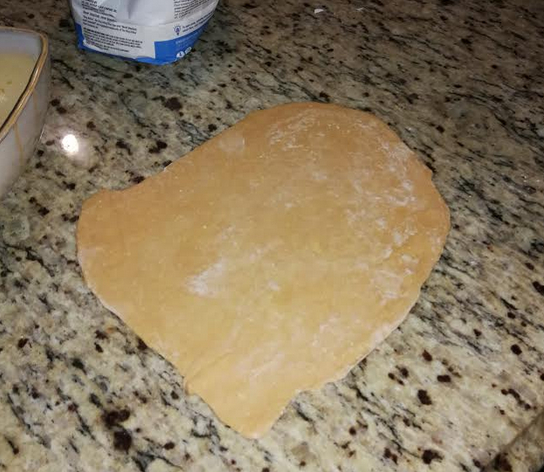 Instead of rolling them into logs, I used a rolling pin to make 6"x6" (ish) sheets. Then I layered these and folded. 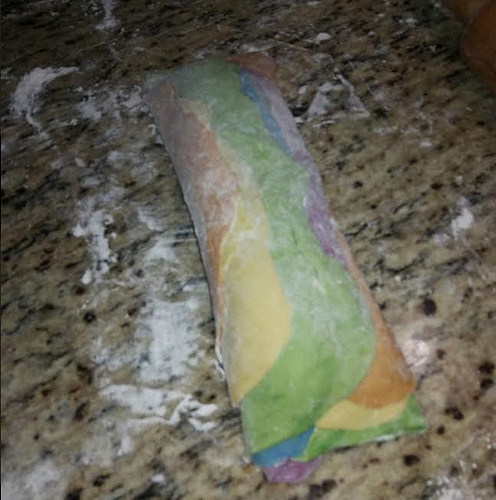 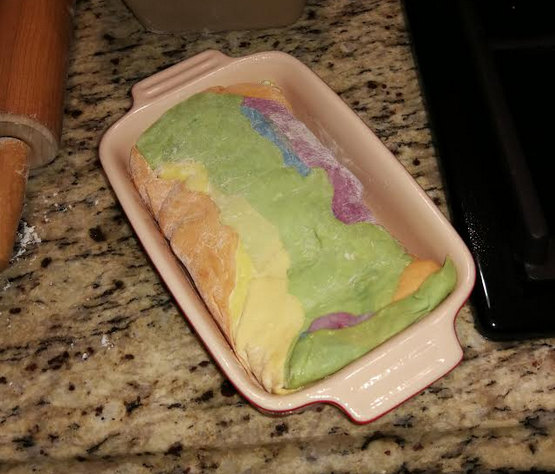 Already it looks like it has so much more potential! 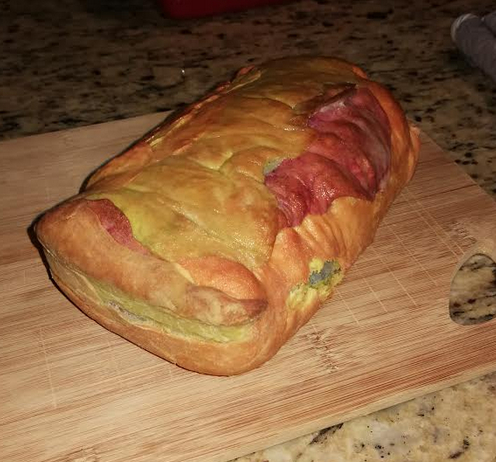 This is what it looked like directly out of the pan. And now for the anxious 5 minute cooling period before we can crack this baby in half and get that cross section. 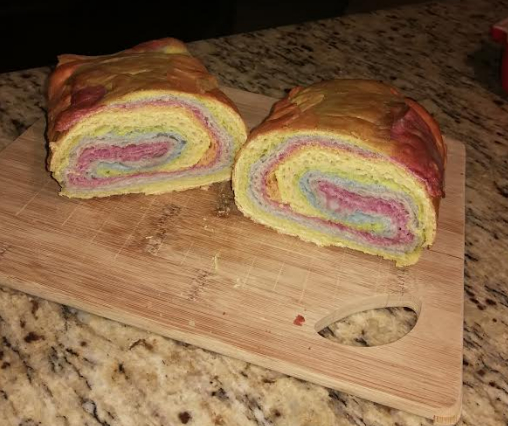 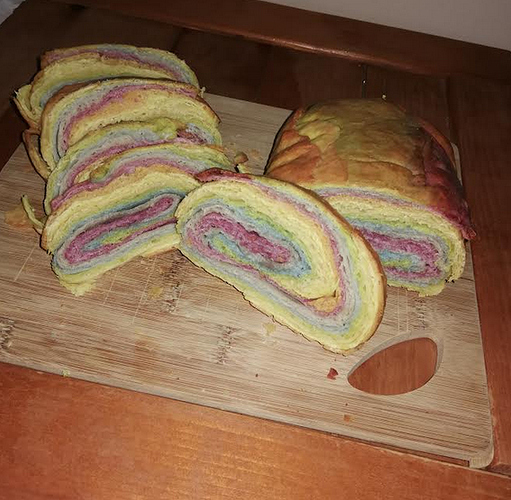 I’m very satisfied with how this second loaf turned out! It’s so weird to eat cause it looks like its going to be a sweet desert but its literally just plain bread, colored. Its not the best bread I’ve ever had but it’ll be fine for Paninis!

Representing team Buff Busters, I made a super-spicy parfait.

Before the spiciness was added: 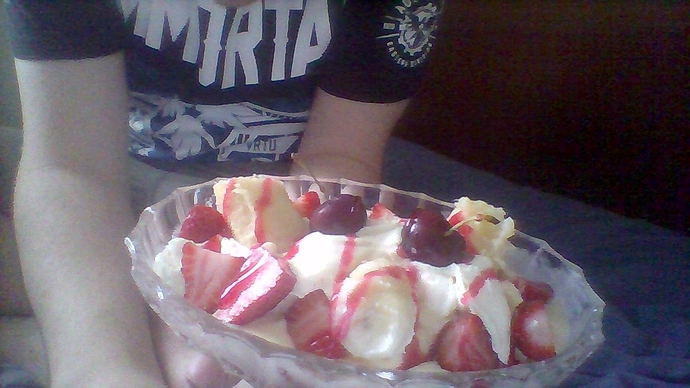 After the spiciness was added: 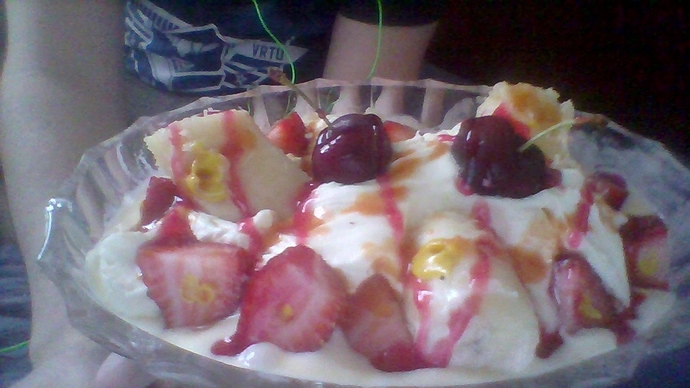 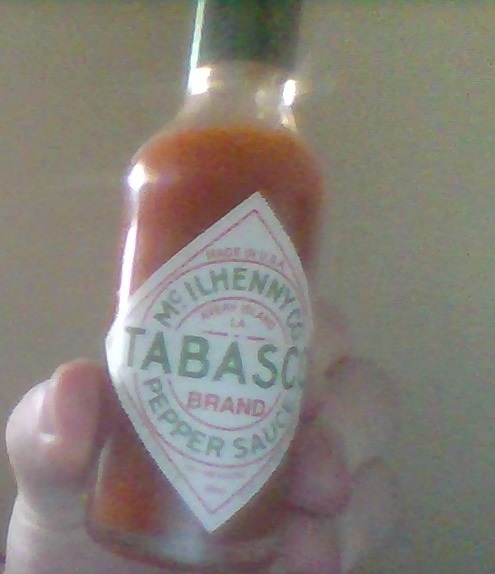 Home-made whipped cream, mustard inside all the fruit (except the cherries) and the secret sauce drizzled alongside the actual strawberry topping.

Video of me eating some pending in the discord.

Our team already submitted something, but I had to make this: green tea dango! It’s not too complicated, just a mixture of Mochiko, sugar, water, and matcha powder rolled into balls and boiled for a short while. 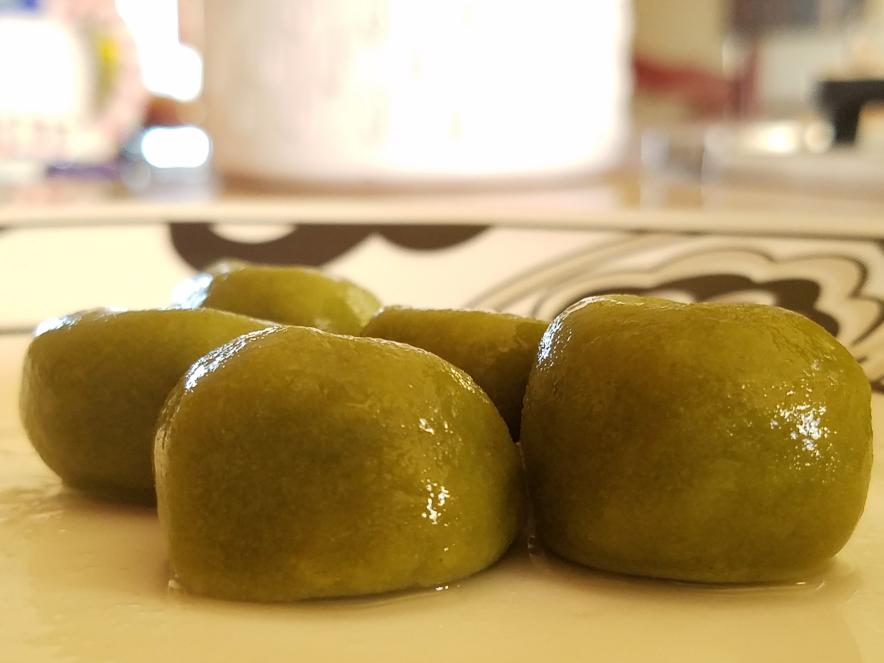 Thanks to everyone who submitted! Please vote for your favorite entry:

The poll winner is team Chocomint, and they will receive one extra light orb! 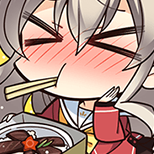