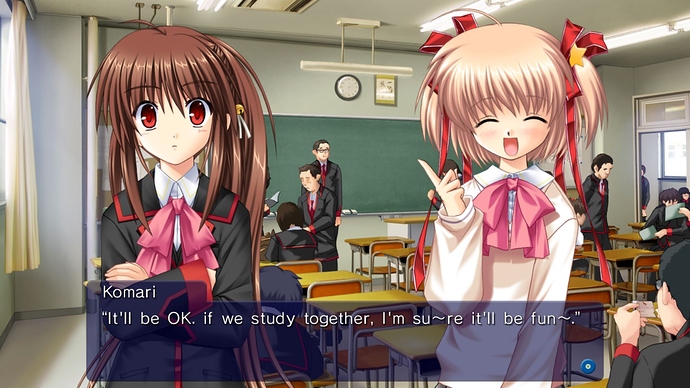 This event will test your knowledge of various Key visual novels and anime. We have written 50 questions spanning most of Key’s English-language catalog.

Here’s how this will be formatted: the trivia questions will be posted below, separated by series. Please note that there may be minor spoilers in some of the questions, so don’t click on series you haven’t read.

Your group should go about answering these questions however you’d like and send your answers to me privately before the end of the festival.

Be aware: many of these questions are difficult. You are not expected to get every question correct. You ARE ALLOWED to consult wikis, forum posts, and the games themselves to find answers. The only rule is that you are not allowed to get answers from anyone who is not on your team.

Have fun!
Thanks to HeliosAlpha for helping me with the questions.

Clarification on behalf of everyone, but:

How many character routes can be completed without Riki being in a romantic relationship with the heroine?

What defines being in a “romantic relationship”? Is it them formally going out together, or is just confessing their feelings to each other enough? Some routes are extreeeeemely vague about this

Basically, majority of the routes have the heroine in mutual love with the protagonist by the end, whether it’s formally going out or not. But there are some routes where the player can completely sidestep the romance if they want. The question is asking how many routes the player can opt-out of the romance in.

Since there is confusion over the question about Misae’s cat: I’m looking for a Japanese word she calls the cat.

Thanks for playing, everyone!

Everybody gets five orbs! Good job!