The real-world basis of Key's settings

Hey all! This topic is to share information, photos and videos about the various real-world locations on which Key’s settings were designed! There’s a lot to talk about, so let’s get started with all the AIR talk that’s been happening!

Hey guys! So at the recommendation of @Pepe I’m going to do a little post on my trip to Kasumi, the town in which Air was set. This is also part one of my “What does AIR mean to me?” post, the second part of which will go in the general discussion thread, but I thought this would just be too big to fit in a reply post and might be interesting for anyone wanting to travel their themselves. Also, I categorised this as Key discussion but I’m not entirely sure so I can change that if it doesn’t fit.

Before I get into it, I must give credit to this person: https://punynari.wordpress.com/2010/08/21/the-1000th-summer-an-air-anime-pilgrimage/ I used a lot of the reference images from the Air anime in their article (as I refuse to even touch the show outside of the times I’m desperate to view it) and discovered a lot of locations using it as a guide.

Also, for best results, listen to this while reading:

Kasumi is a little seaside fishing village in northern Hyogo Prefecture and I’d always wanted to go there as soon as I discovered the town in Air was based on a real place, and it should be noted that Kasumi does have many differences to the town in Air. However, I think it’s more romantic to think I went to the town in which Air was set so I’m sticking with that (^_^).

Anyway on to the photos, I don’t think it ever hurts to start off with some sunsets now does it? 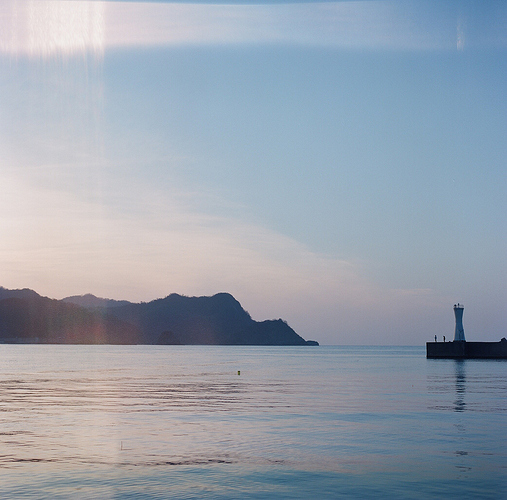 (excuse the light leaks, my poor Rollei film back is a little broken after I tried fiddling with it T_T) 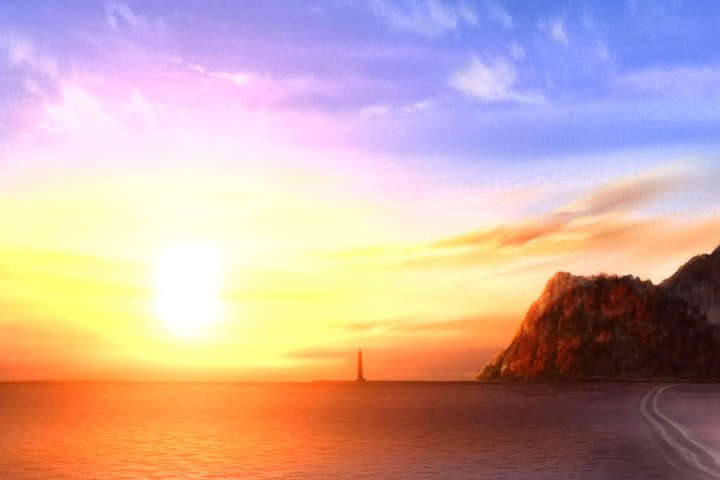 Obviously it’s not perfect (I didn’t use reference images when I was shooting) but it really does give you an idea of how similar the towns are. 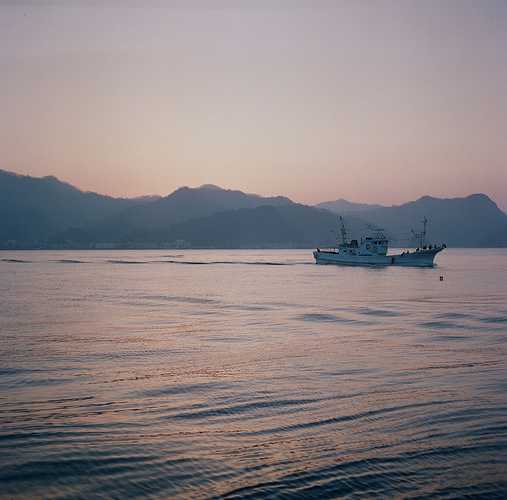 The classic Japanese fishing boats were also a treat, I get nostalgic just looking at them. Here’s a shot where I tried to recall the reference image and shoot accordingly. I love this shot in the anime by the way, for whatever reason it’s just one of those atmospheric shots that just make me melt: 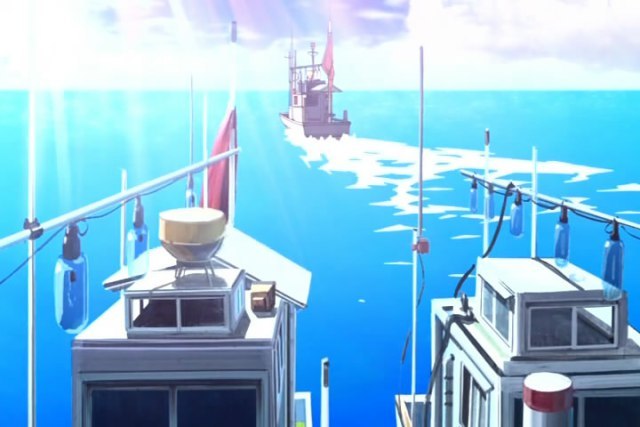 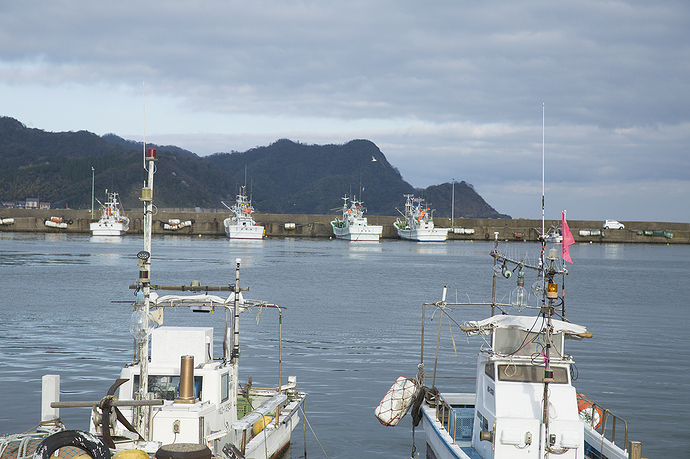 And now onto my favourite scene ever, of course, it’s the seawall. Unfortunately this was the most disappointing aspect of Kasumi but I suppose it’s different designing for practicality as opposed to romance. To make it worse though, there was a huge construction going on in front of the seawall that really ruined it for me. I’m definitely going to have to go back at some stage when it’s finished though! Either way, here are some comparison shots: 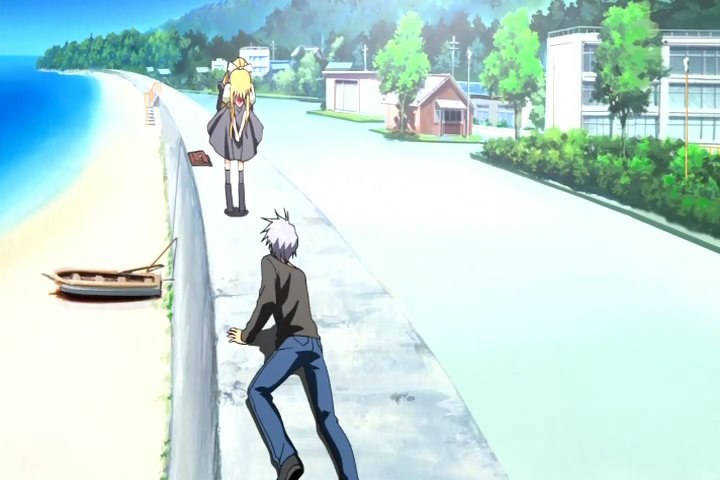 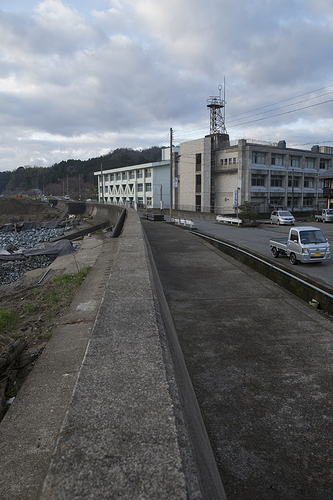 As you can see, in terms of layout with the school it’s still very similar, though the school is further away and the water closer in Air than it is in Kasumi.

The train tracks were also very similar, though trains were most definitely running when I was there: 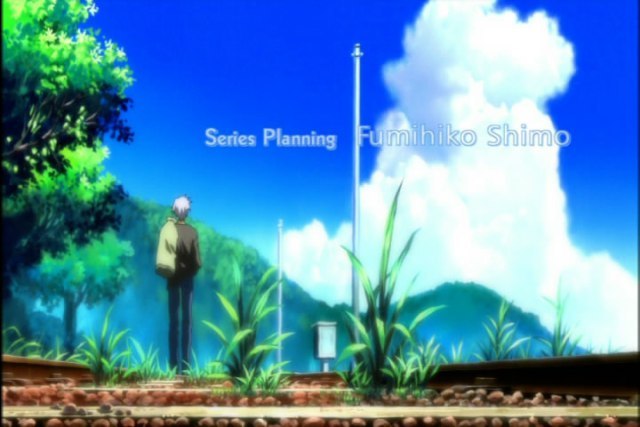 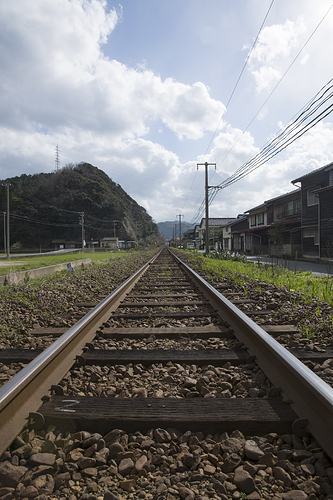 On the second last day I was there I also made the effort to photograph the shrine (there were about three, but this one reminded me most of the one in Air). It just so happened to be raining quite a bit, luckily my DSLR was weather-sealed enough that I wasn’t too worried, and it really did give the shrine a mystical quality. 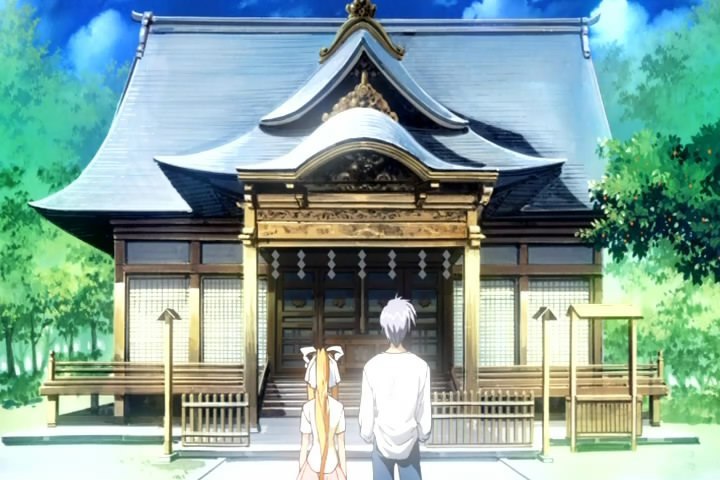 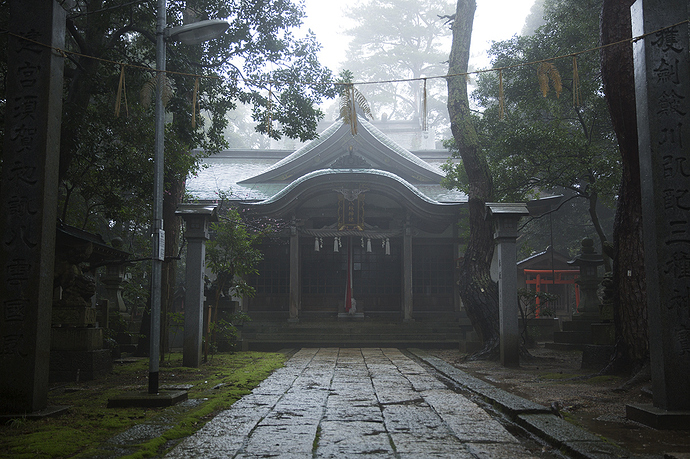 It was certainly a lot less open than the one in Air, but there was still quite a climb to get there.

A short walk from the shrine I came to the observatory mentioned in the article I linked at the start. I was unsure as to whether it was operating or not, but no one was around when I got there so I sat down in the small park surrounding it. It had a great view of Kasumi and a few days later all the cherry trees burst into flower! 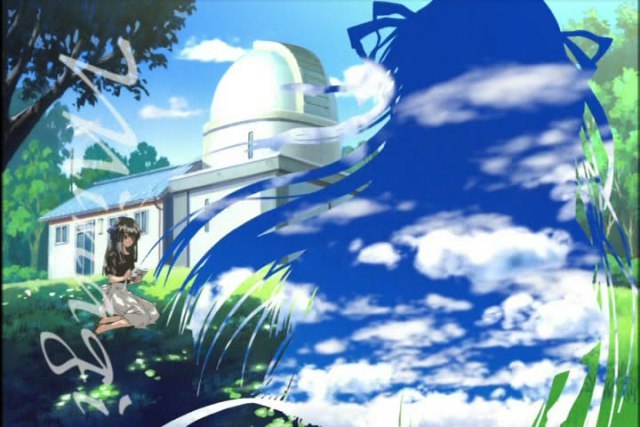 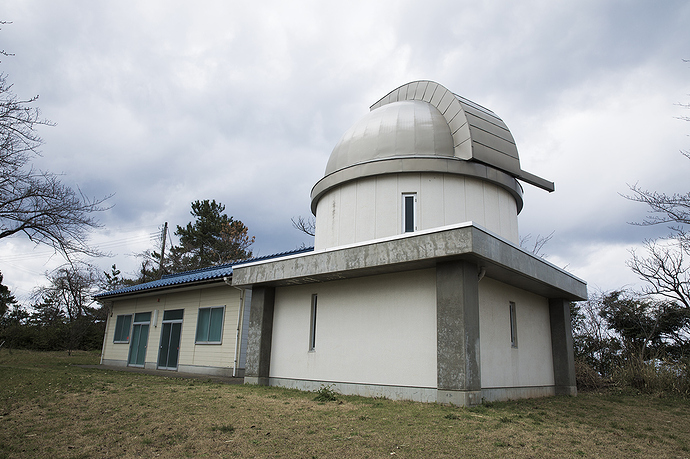 Finally, there was the area Misuzu and Yukito searched for his missing puppet. I probably would have missed this if not for that article again, but it’s very similar, in my picture you can see the guard railings in the reference shot as well as the building in the background. 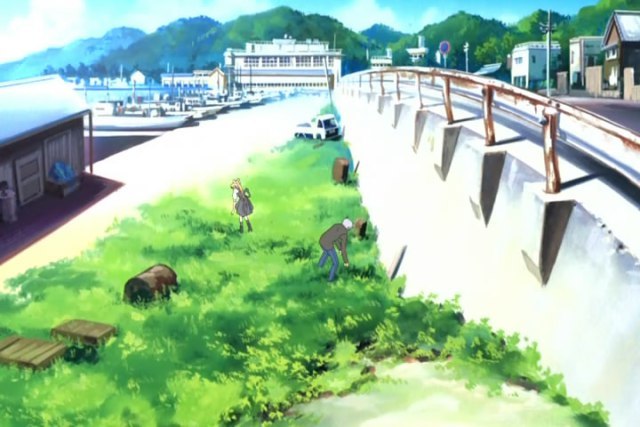 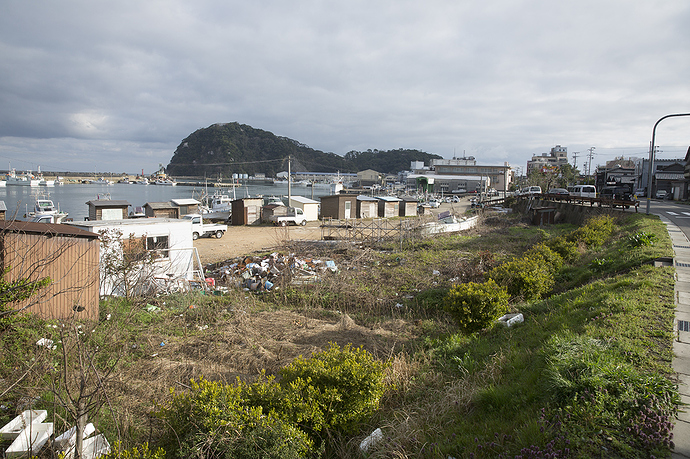 And that about wraps up the Air portion of my trip! I stayed for 10 days in Kasumi at a traditional Japanese in called Shio, if anyone ever plans to stay in Kasumi I can highly recommend it, it was very affordable and the Inn keeper makes really good food! I must say, this was also the greatest chunk of digital photos I shot throughout my trip as this was more me documenting areas rather than just shooting what I thought was pretty, either way I had fun!

Finally I’ll link a Kaza-exclusive flickr album where you can see Kasumi in a bit more detail if you’re interested (still adding to it!): https://www.flickr.com/gp/102096868@N03/g2X1X7

I also made a little video (which is probably a lot more romantic than most of my photos -__-):

~Thanks for reading everyone! ~ 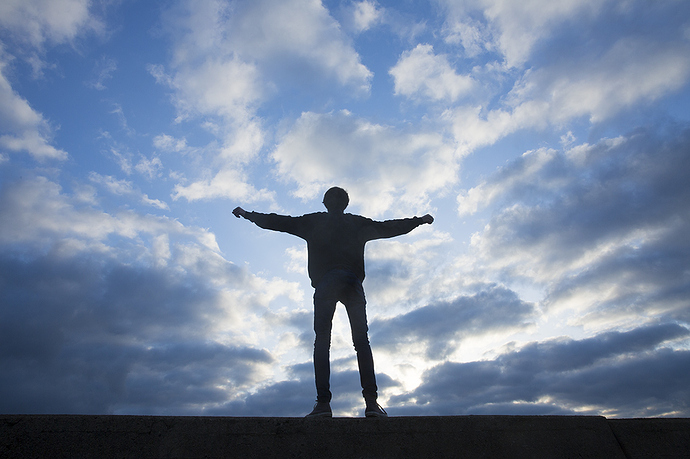 This is so cool! And perfect for the commemoration week. Thank you so much for sharing!

This is great, those pictures are amazing and very cool thanks for this.

Wow, I never knew that the town in Air was based on a real place… Just another place to add to my bucket list, I guess. This was an interesting read!

Oooohhhh my gosh everything about this is amazing. The sea! The shrine! The video! The experience! I wish I could give you 20 likes because this is definitely deserving of at least a “Good Topic” badge

But yeah, you never were able to show me those pictures before because I believe they were still being developed when we met.

This is an amazing post, and it brought a smile on my face to read it

Thank you soooo much @Kami_chan!

No worries @Pepe thanks again for hanging out with me in Tokyo!

(I’ve already booked flights back for September I’m not going to be able to keep away at this point! T_T)

Awwwww sweet~ Hey you might be able to catch KeyPoints again! It’s on Sep 20

I seem to be planning these trips with uncanny luck as they both have coincided around Key-related events I’ve only found out about after booking.

I’ll definitely be there!

Awesome job! What was your camera/lens combo? Looks like a fairly wide angle lens you’re using.
Also any chance you would be willing to put up a higher resolution version of the shrine picture that I could use as my wallpaper? It’s such an amazing photo!!!

Wow I just got around to watching the video, that got me feeling very sentimental. This is perfect for the Anthology!

Wow, all of the pictures are soo goooooooood! I love it!
And man I really have to say you have an amazing talent of doing videos. One of my goals is to film like you. The camera angles, the awesome scenes that fits perfectly to the air ost. The slow-mo scenes… just everything is so perfect. Everything is like… its like from a movie. I seriously hope I will get this good with shooting videos.
Seriously freakinly stunning, fabulous awesome job. Im blown away. pachi pachi pachi

@IkaCZ Oh gosh thanks! I was pretty happy with how it turned out.

@Aspirety glad you liked it, and thanks for the title! I feel special now :3

@mechgamer123 I’m using a 5D Mark III with 24-70mm f/2.8L II for the digital photos and a Rolleiflex SL66 with Zeiss 80mm f/2.8 for the Medium Format shots. And gladly! I think I can make it downloadable on flickr. EDIT: you may already be able to download them via flickr actually.

So nostalgic :’( Thanks for sharing.
The most impressive thing is observatory (maybe it is still like almost AIR scene).

@mechgamer123 I’m using a 5D Mark III with 24-70mm f/2.8L II for the digital photos and a Rolleiflex SL66 with Zeiss 80mm f/2.8 for the Medium Format shots. And gladly! I think I can make it downloadable on flickr. EDIT: you may already be able to download them via flickr actually.

Looks and sounds like you’re seriously invested in photography! Thanks for sharing and letting me download! I was also wondering if you have any higher resolutions available other than 1800x1200, the picture looks a little pixellated on my 2650x1440 monitor lol

This is so awesome! Was there a lot of planning involved to navigate the area and find all the areas featured in the anime?

Oops! Sorry for the late reply but I will try and upload a higher resolution version, it’s not working at the moment for some reason @_@

And yes, I’m a videographer by trade but that’s basically my whole digital setup, it works like a dream for anything I shoot

@ChickenWingz not really, I got a general idea of where things were based on that blog post I linked but it was definitely different once I got there actually having to find my way around. Luckily it is very small so I found everything quite quickly, it only took me 45 minutes to walk from one end of the bay to the opposite side! I would often get disoriented because the walk is just long enough so as to not feel overly curved but also short enough that once you’re on the other side and looking out to the water, you feel really odd to be looking directly across at where you just walked from!

it only took me 45 minutes to walk from one end of the bay to the opposite side!

I went to locations of Air, appeared on anime. These photos are from Gobo city and Mihama town, Wakayama. 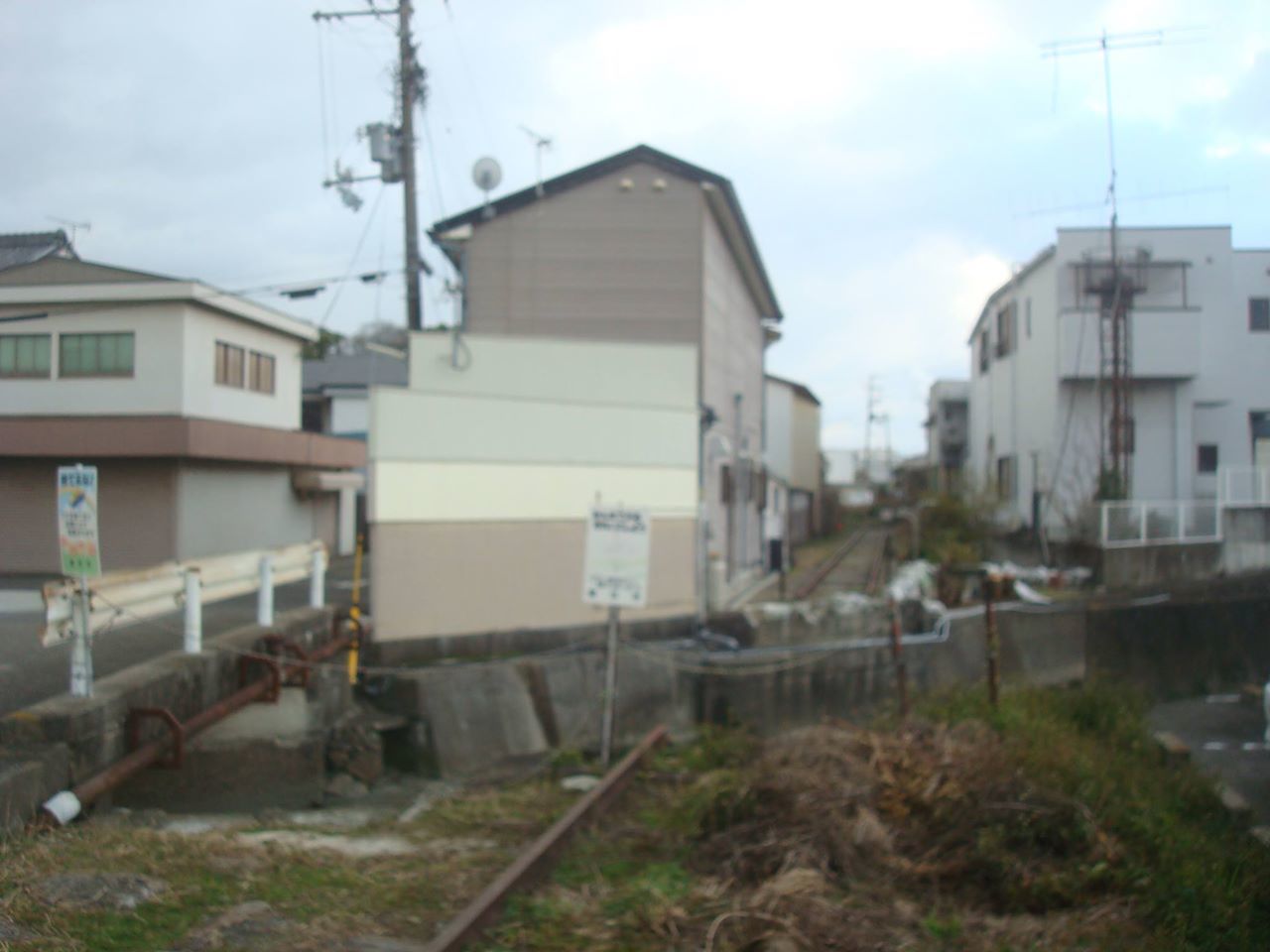 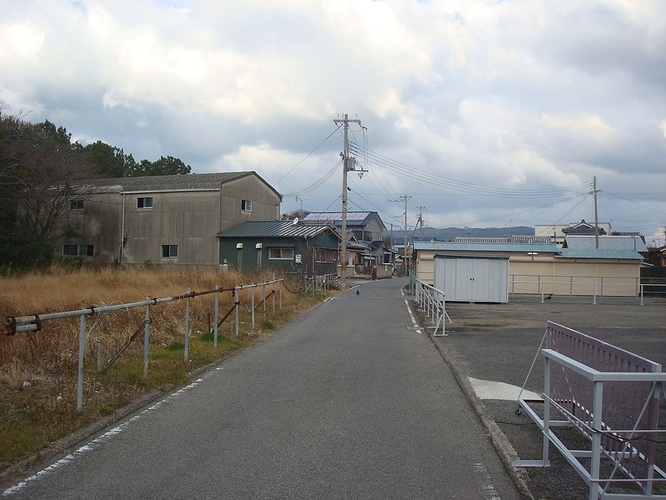 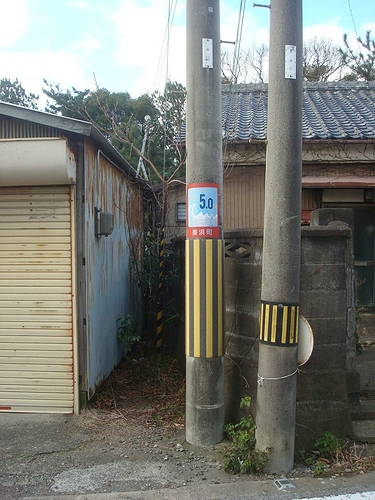 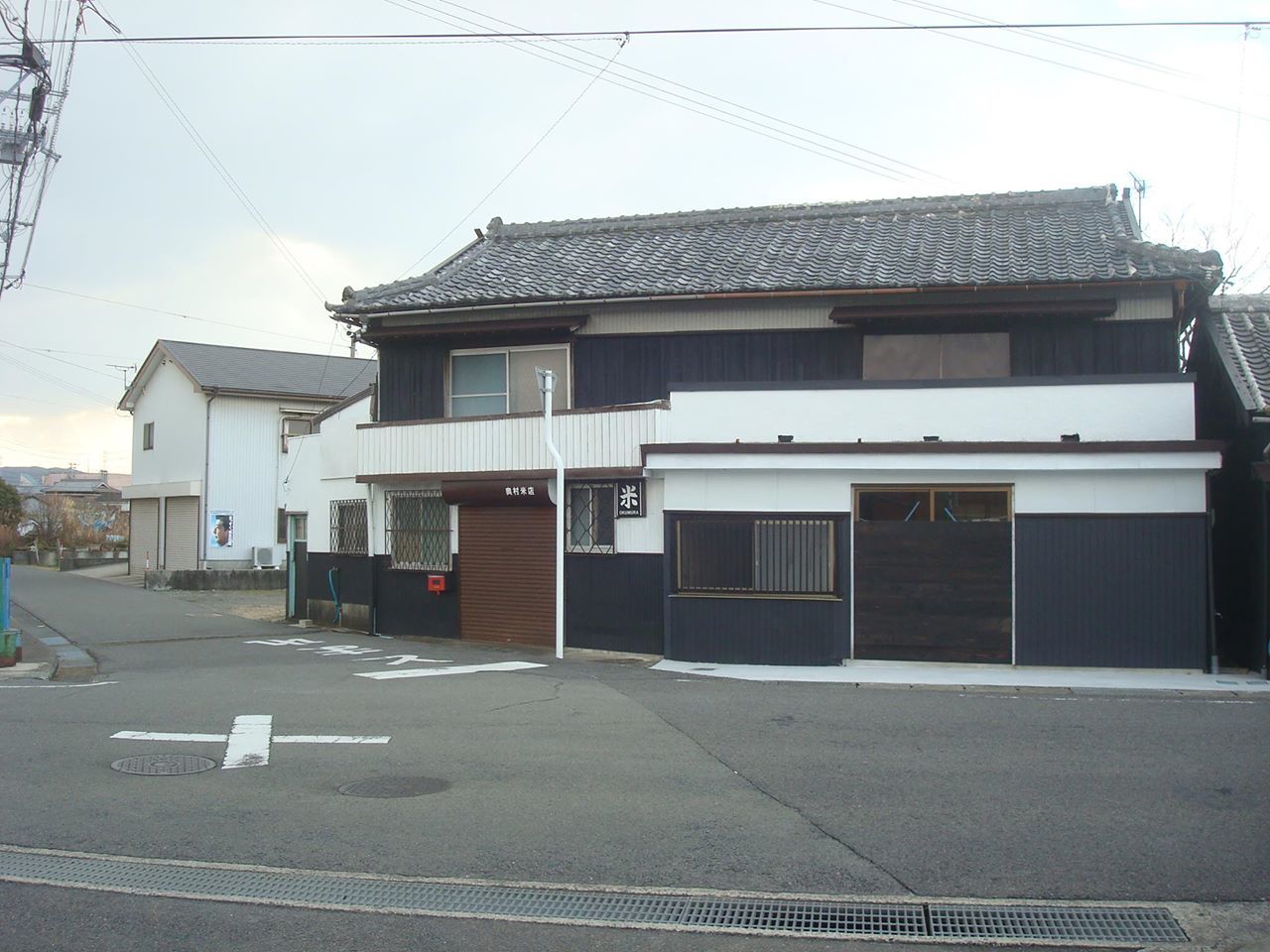 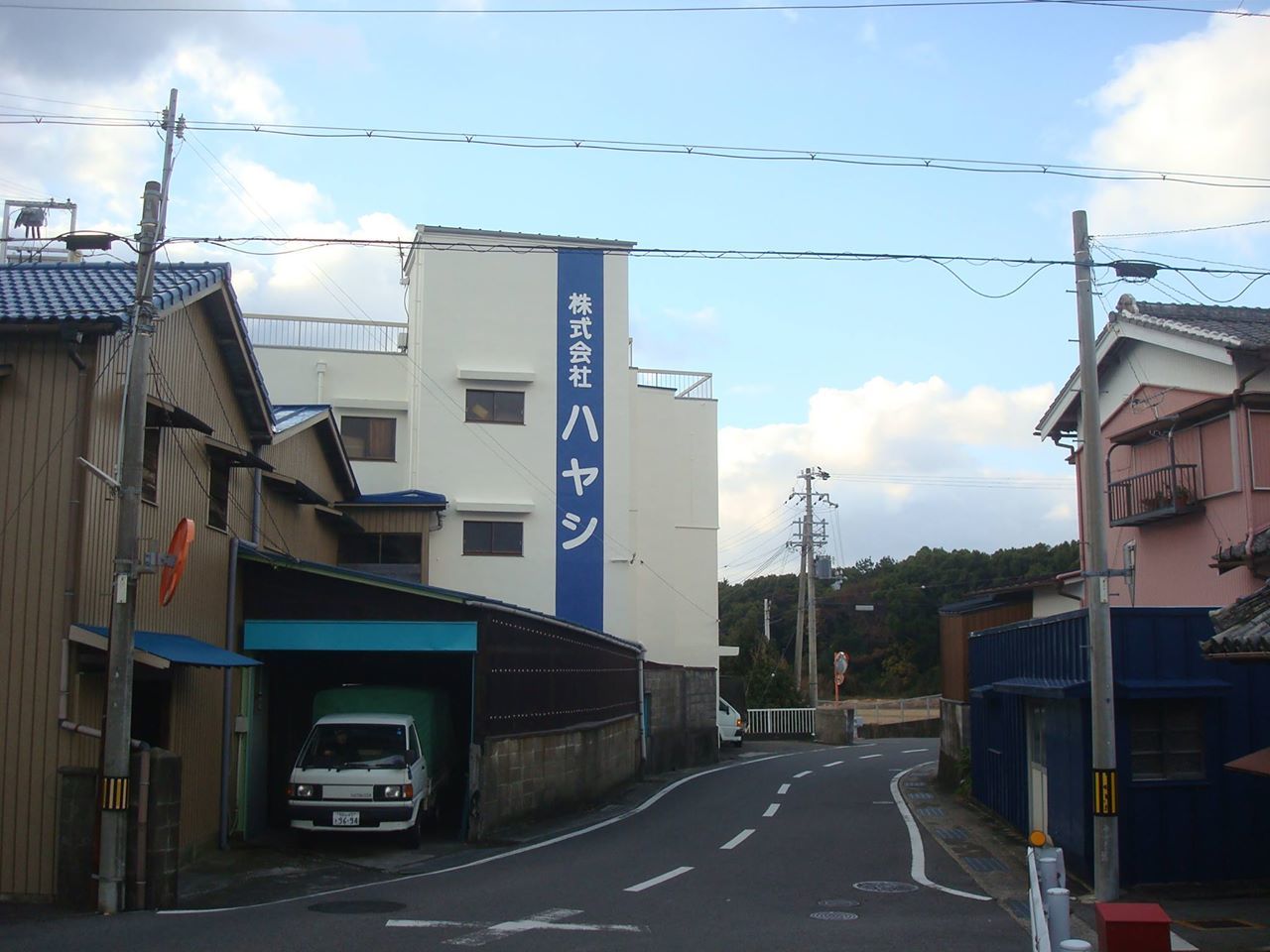 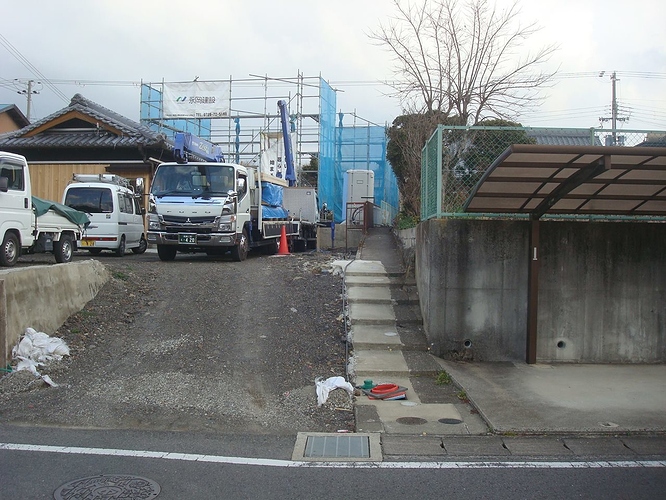 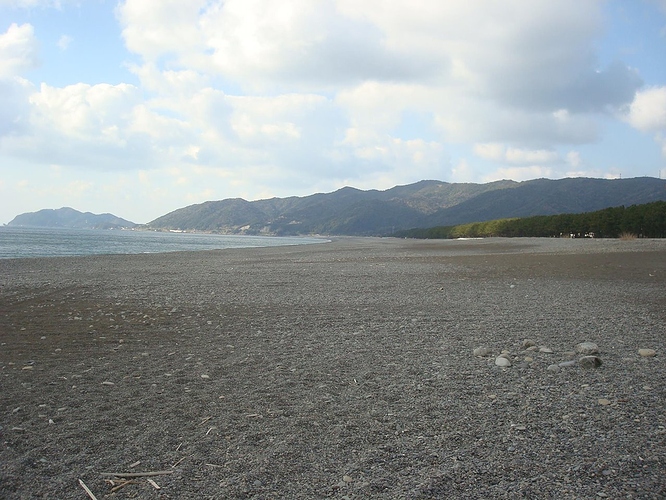 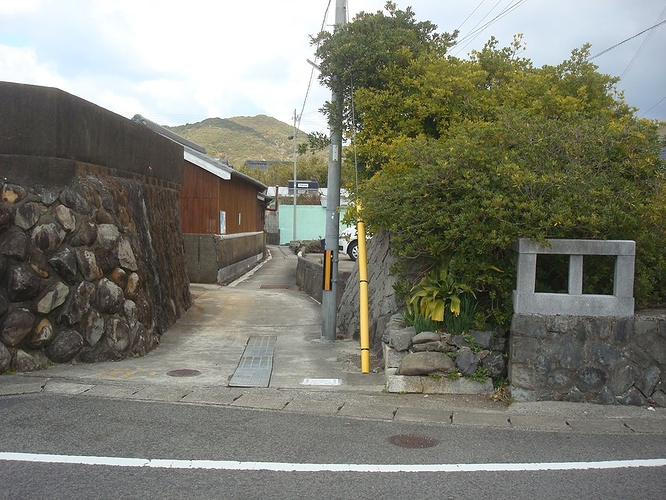 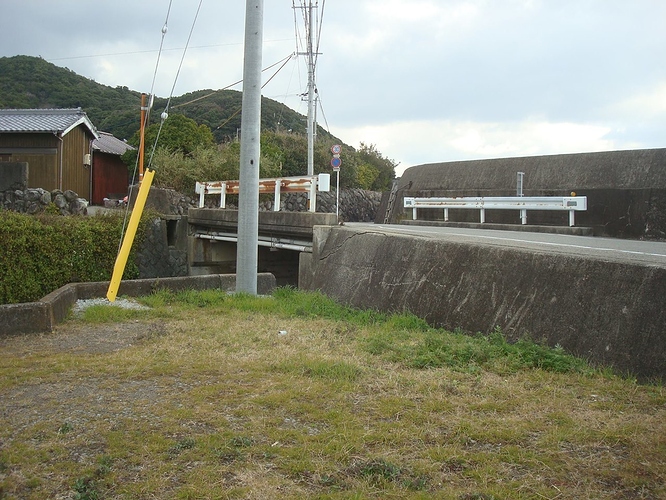 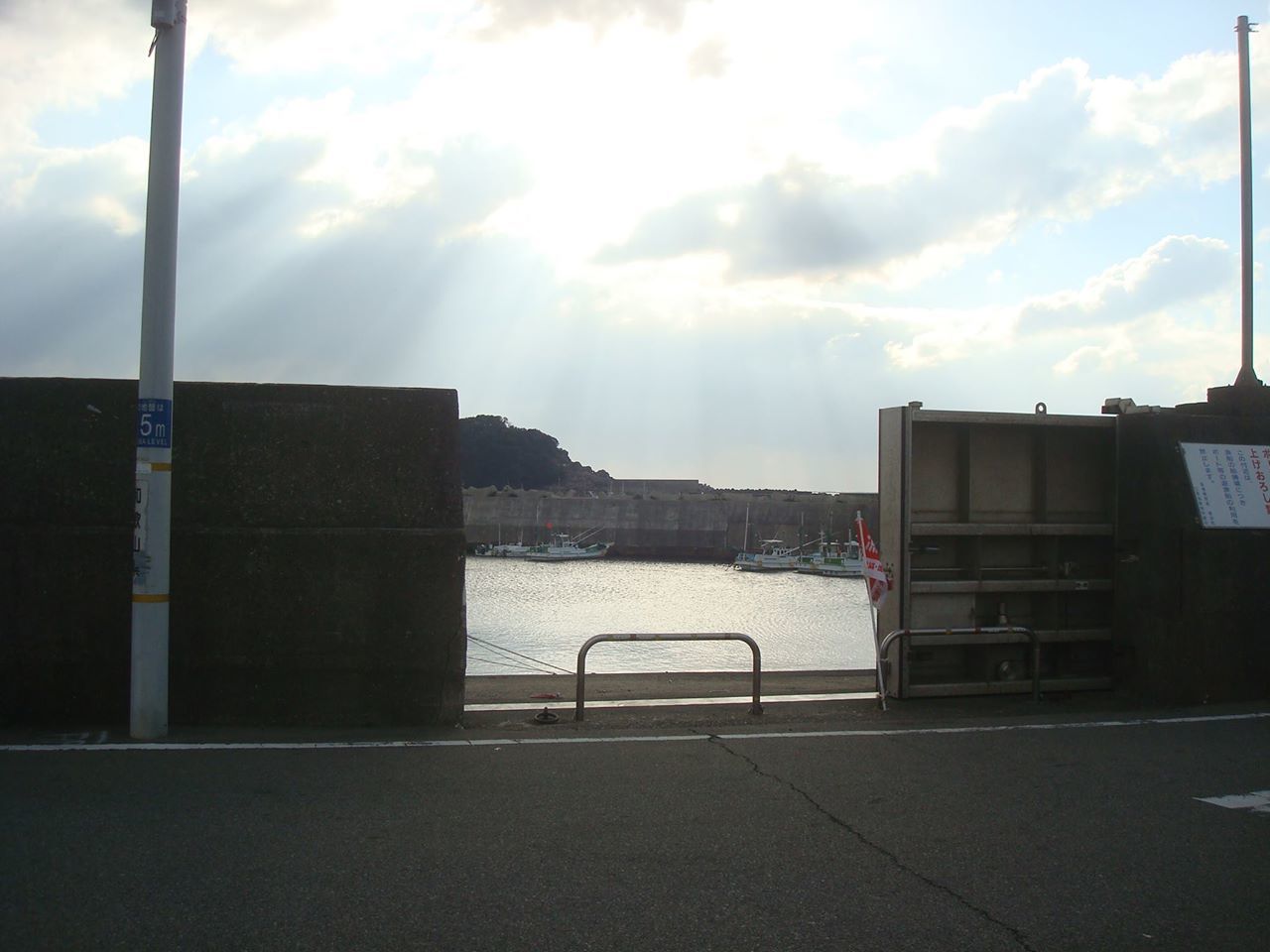 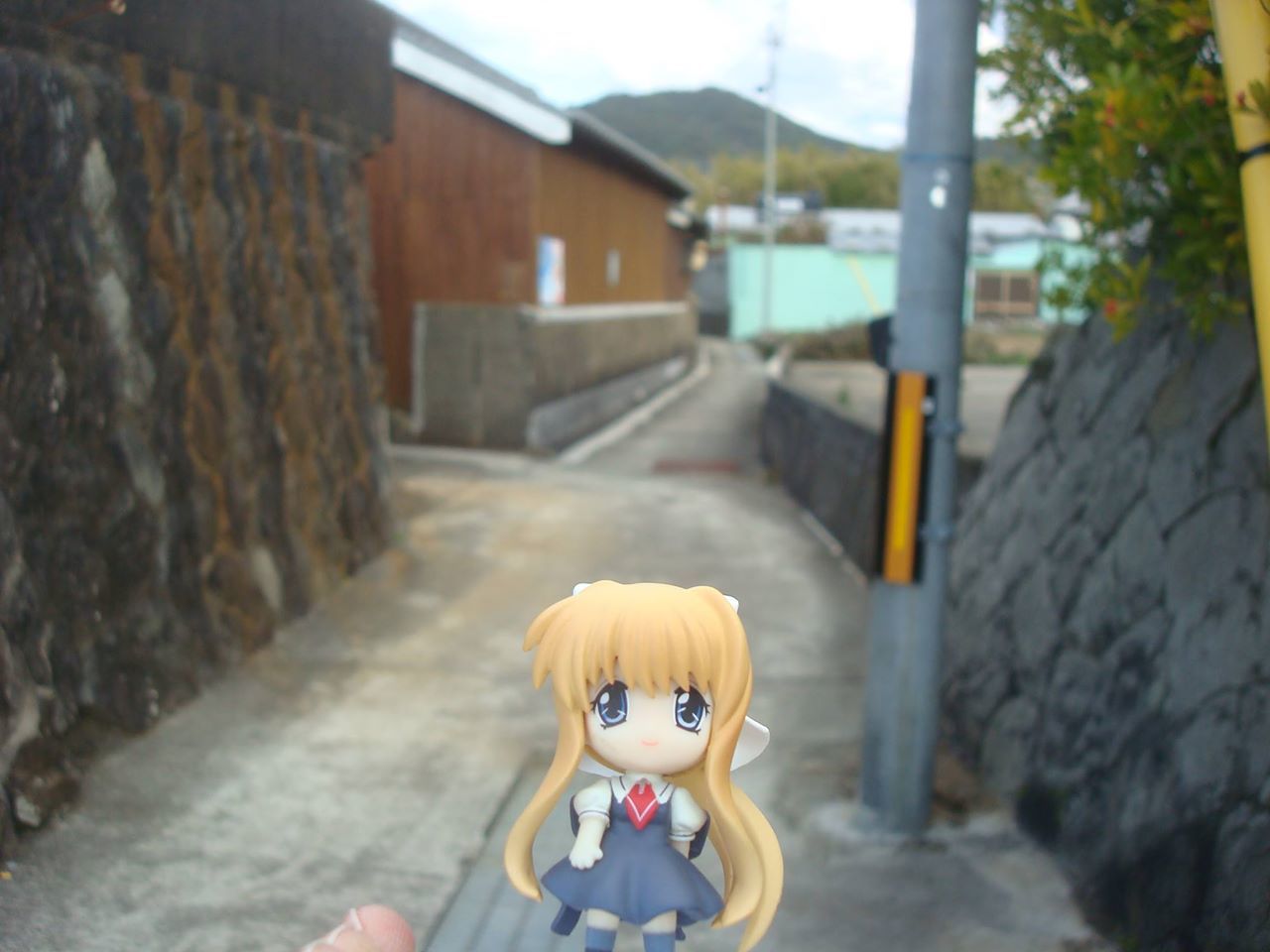 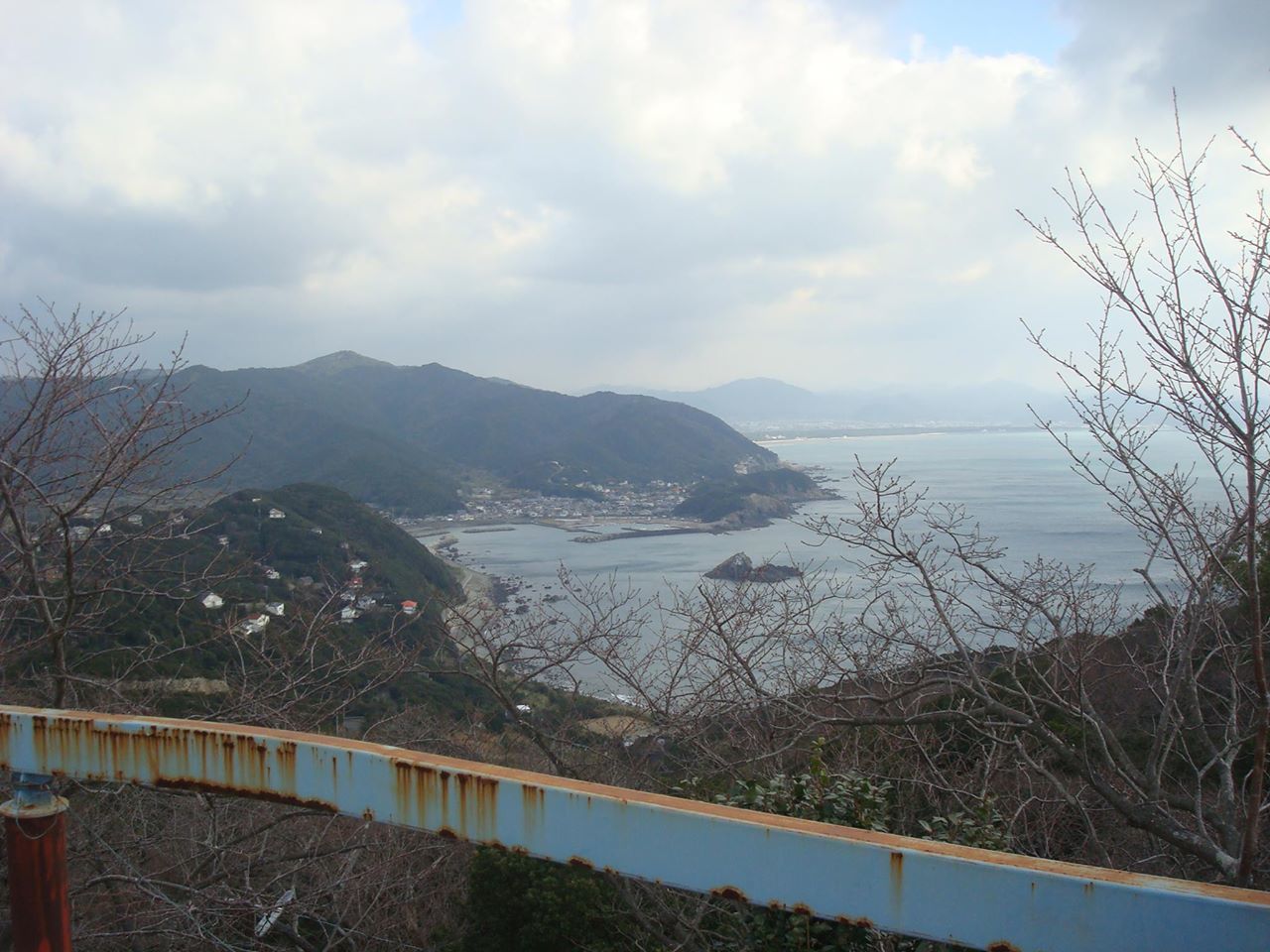