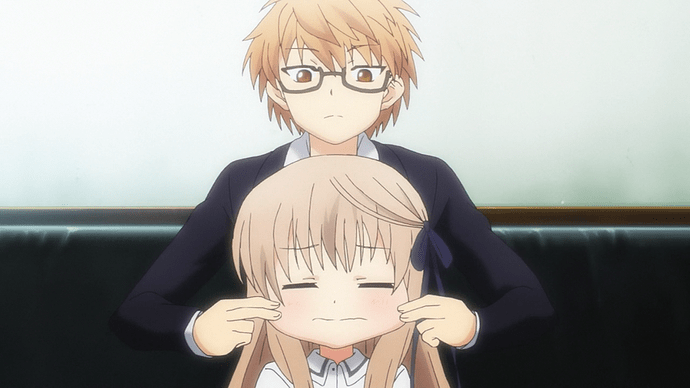 Discussion topic for the 19th episode of the Rewrite anime which premiered on the 18th of February, 2017. All references to outside works and to future episodes must be tagged with a [spoiler] tag.

I quite liked the episode. I’d forgotten how much of a derp Imamiya was in Terra

If there’s one thing I’d have preferred though it’s that they show the significance of the choice to let Kagari go more clearly. They did show Kotori having been hidden there which alludes to the alternate events somewhat, but they could’ve built it up a bit more as the fundamental and crucial choice it really is. Also, I wish there’d been just a tiny bit more explaining in regards to Kotarou’s choice to leave. He explains why he leaves, but I do feel like his feelings could have been conveyed to the viewer better.

To me a perfect chapter

I did enjoy this episode and like how much screen time Akane got since she barely got any in season 1, but really enjoy Nishikujou in her school outfit (Need young Nishikujou for the Rewrite mobile game) Was kinda hoping they bring in a flashback to where Kotarou got his arm slice off so non VN readers can kinda put the pieces together this decision that Kotarou make changes the timeline, but I hope they can figure that part out without the flashback. Kotarou training with Esaka was kinda of disappointing (I had a better image when reading the VN) but was also expected since they were trying to fit Kotarou in japan before going fight war on terrorism in one episode. Overall it was a pretty good episode (but I’m biased because I love the VN) and can’t wait to see how they handle the next episode.

This was a pretty good episode. I really love seeing Kotarou act so cool being as Suzuki Bond. His pose when he was on the telephone was really something else.

Plus, little Akane is just so cute that you just want to hug her so tight. Anyway, it was interesting to see Kotarou, Nishikujou, and Imamiya together on their mission to look out for the Key knowing the fact they had to follow orders and act as cover for the other team. Nishikujou looked quite cute with the school uniform, which I have to say, was quite attractive on her. Sometimes I think Imamiya can be quite annoying at times but that’s just his personality. Oh well.

So far, this season is going rather well and I’m hoping the rest of the season does the same. Not sure what else to say but I did enjoy it. Can’t wait for next week’s episode!

Aside from the few complaints I had with the episode I throughly enjoyed it. Honestly I felt like the way they handled at least for the second half and the scene with Kagari was handled well. I thought it somehow gave more of a little implication before they actually showed it later on before the episode ends… and besides S1 as much as how the show was messed up script wise, we don’t really need anymore hinting towards that scene anymore, which is obvious.

I still liked the way they translated the choices because I thought it was done nicely, and well… I still got a bit of triggers over the “paths” in this episode Lol (VN readers would know if I say “Unlimited Options Works”). Probably my favorite highlight of this episode were few but were nice.

This “Tch” face is just good enough for me. 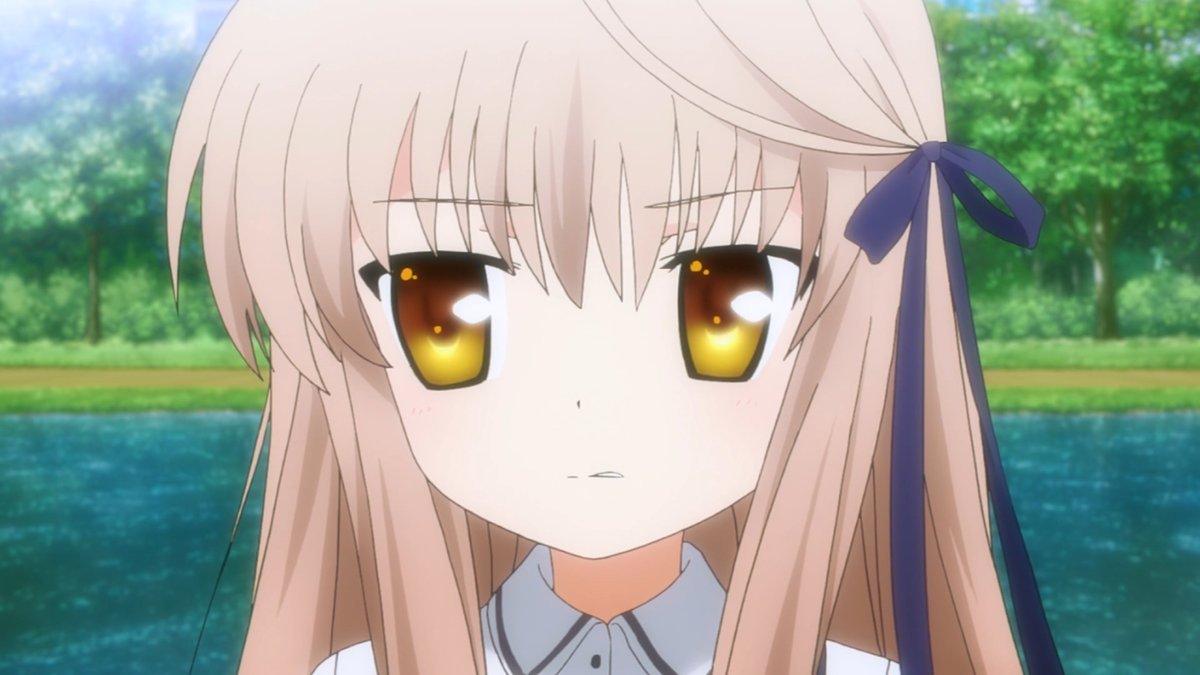 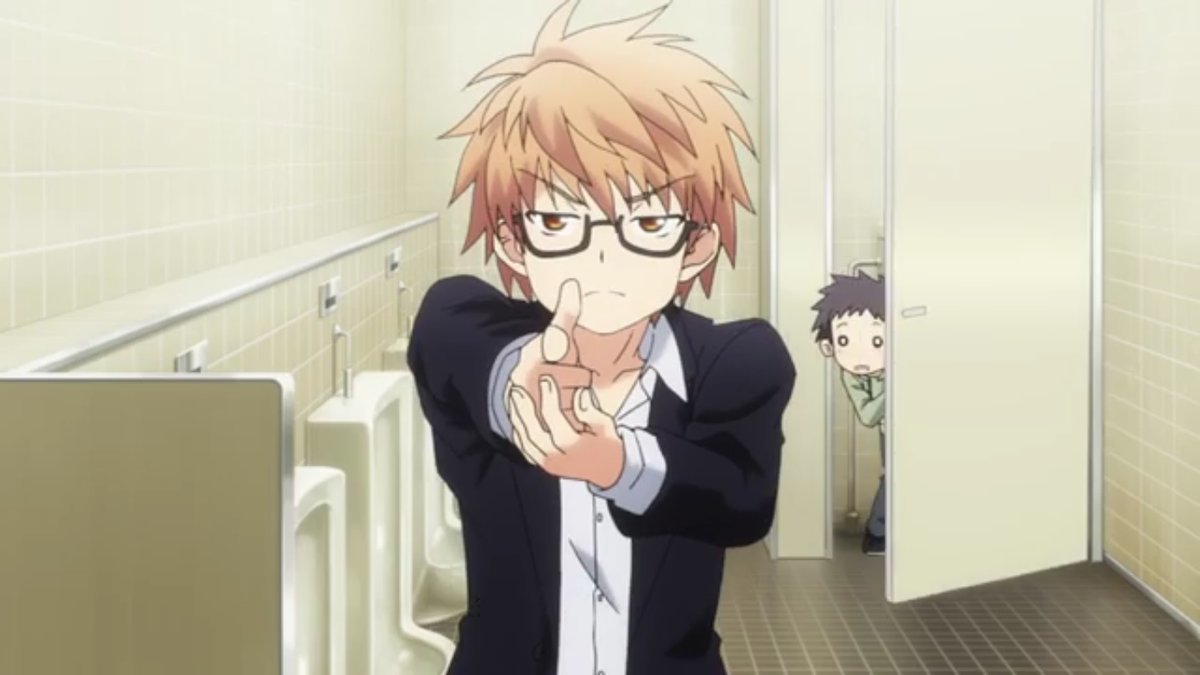 Oh yeah, Nishi being in the school uniform looks damn nice :’) she looks so adorable and also I love how she went and smiled like this in the anime form Lol. 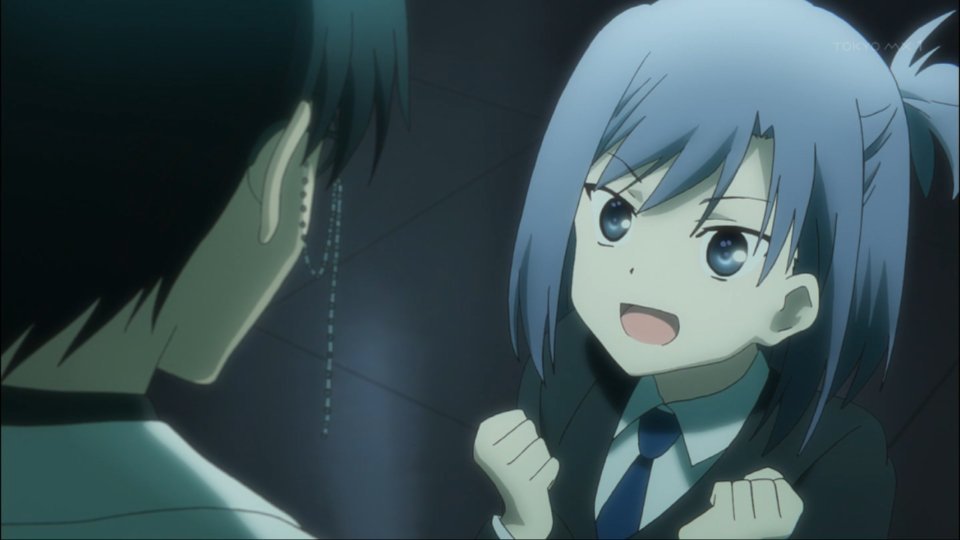 Now as far as complaints can go… I dunno if its just me or not but am I the only one who thought that in the end, Mikuni’s voice doesn’t really go well here? I felt a bit like staring and was scratching my head, I felt like the VA didn’t fit well with Mikuni honestly. I know I shouldn’t give a lot of attention but its a small nit pick.

Other than that the episode was rather good, only few issues.

Nice episode, but the usage of Yuriha is even nicer. I was wondering on how they will even use it when the track started, but woah it worked. :3

I feel like they breezed through the forest scene a bit much, but it’s just fine. I guess I just enjoyed the scene after that. Mostly because of Yuriha haha. Another because I’m excited to see Luis again.

It is a good episode. Rated 5 for animating young Touka in Kaza academy uniform - something I can only see at pixiv! If I remembered it correctly tho, in the VN she did not wear those dress; instead, she wears her teaching outfit and what excited her was that Esaka-san said that he might consider to give Imamiya team their very own teaching licenses.

Akane’s tch is the highlight of this eps besides Nishikujo’s uniform and Suzuki bond pose!

What let me down is already been pointed out in this thread. I kinda wish they would show us a flashback where Kotarou’s hand got chopped off for trying to kill Kagari. To non VN readers, that vision would have been a good reason for him to let the key go.

It was a weird episode. Good but a little weird because some elements have been skipped but the episode doesn’t seem to be rushed and the additionnal scene was useful.

My only negative point, it is the Earth Dragon. Even if the graphic changes show well his difference from the season 1 (something which worried me). His fight with Mikuni was too simple, when in the VN, he is much more frightening with his ability to be stealthy.

I think I need to take note of Masakazu Morita’s voice acting here. It’s hard to notice when the attention is in the subtitles, but he really let it come across when Kotarou is lying. He speaks in a more careful manner in those cases.

I really liked this episode, it was amazing to finally see those scenes from Terra.
I agree that there should have been a little more focus on what happened if Kotarou attacked Kagari.
But I think they tried to make suspense or something by not revealing the choice.

Nice episode. Especially, I really like the last monologue of Kotarou. In addition to some cute things, I like their character showing for Imamiya and Esaka. Also, Morita’s acting was good, he really sounds like a comedian.
For the action, it’s as bad as it always is. I like MIkuni being killed by his boomerang, so the change was a bit disappointing. Futhermore, I found one of the reasons I feel strange about these battles is they always fight at a open place. I imagined they fight in forests where you cannot see each other well and therefore have more strain. Their fight always lack tense, I felt. Probably, I am too biased for Romeo’s writing. 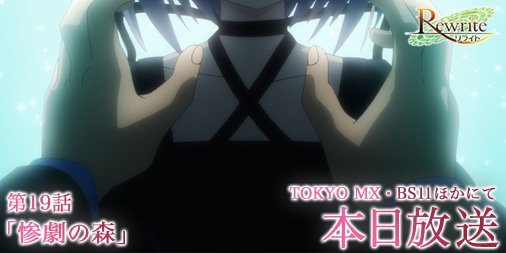 I incidentally remembered bad boob jokes when Kotarou tried to touch her.

Probably I should mention about this? 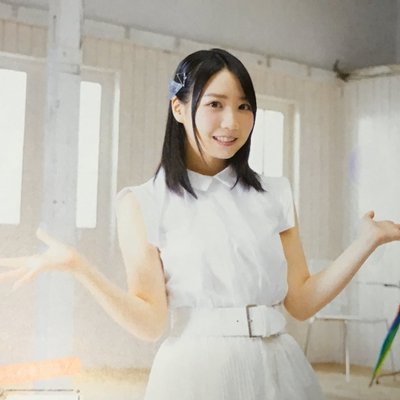 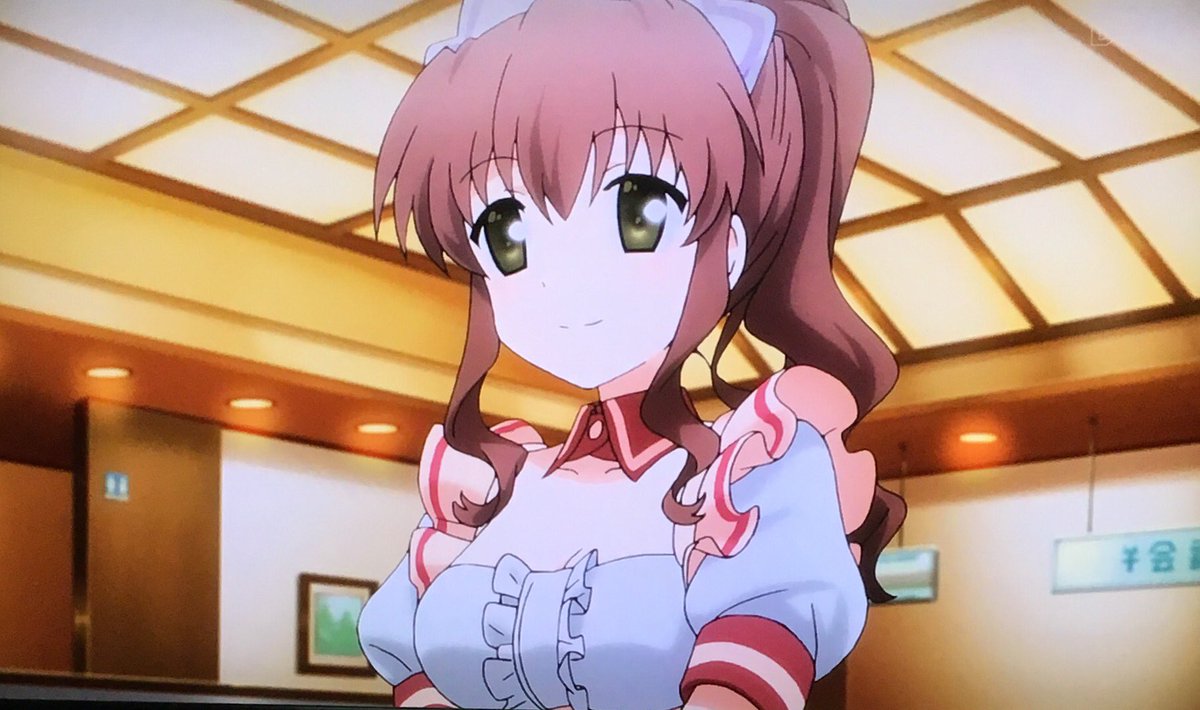 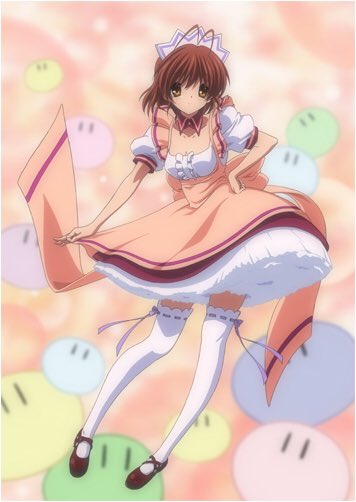 That was a pretty fun episode! And pretty accurate to the VN, too. (hard to mess up terra, I guess

)
I’m actually glad that it’s been, like, 4 years since I read Rewrite. I can appreciate the anime to an almost fresh level, having forgotten most of the minor details of the VN. No I totally do not remember Mikuni being killed off or even Akane being in the forest to begin with. So yeah, me being forgetful adds to the enjoyment factor.

And yeaaaah I know I was pretty disappointed that they didn’t show the outcome of him making a different choice with regards to Kagari; after all, it would be extremely hard to emulate branching out this far into the series. I can only hope that people figure things out. Well then again, even in the VN, it might have been hard to figure it out… I at least love how they approached it very vaguely, compared to other choices.