Discussion topic for various fangames inspired by Key’s works. Maybe you or someone you know has made a little Key fangame, or maybe you’ve discovered a doujin game from Japan you want to talk about, anything is fine! Just make sure you follow the forum Code of Conduct.

Okay so I guess this classifies as art since a game can be art haha. Anyways, as I said in this topic ( How did you first discover Key? ), me and my girlfriend pretty much enjoyed clannad together. During that time, she was cool enough to make a game based off Clannad for one of her projects in Adobe Flash class. Thought I’d share it with you guys, and you can play it over here:
http://portfolio.catzie.net/flash/

I played a lot of Eternal Fighter Zero… a lot… I got pretty good at Ayu and Mishio!!

The best ones are Colorful Snow, Demon Hunter Mai, AIR Tennis, and AirRade. There aren’t many good ones available out there.

Well, aside from CLANNAD -The Past Path- and Eternal Fighter Zero, I have seen footage of Glove on Fight, which was made by the same person who created Melty Blood and Under Night In-Birth. It looks really weird, and it probably was not worth my time.

I kind of wish EFZ had decent online like Melty Blood, and didn’t have those graphical glitches…

Online can be done if you put in the time, but the game just isn’t popular anymore, so actually finding people to play with might be hard.

Graphical glitches? I don’t remember there being any in EFZ…

I found out after downloading and playing the game that playing it on Vista, 7 or 8 will cause the colors in the game to invert and corrupt some of the translated text, making the game look really ugly as a result. Also, the game did crash during a match at least once.

[quote=“Takafumi, post:7, topic:944”]
Online can be done if you put in the time, but the game just isn’t popular anymore, so actually finding people to play with might be hard.
[/quote]I suppose the game has already been suggested for community events and has been turned down, so maybe I probably shouldn’t worry about it. (sigh…)

There aren’t many good ones available out there.

There’s a way to fix that color glitch. I had the same thing on my other computer and it worked perfectly every time.

I don’t remember the specs but you needed to have the Screen Resolution tab open and visible in order for it to work, very strange

I played Colorful Snow so long ago. It was one of my first introductions to doujin games.

oh yeah efz was alot of fun, I remember at my college somebody had it on their laptop and we would play it between classes, funny thing was, they didn’t even really know the characters or what it was. I remember one guy would always complain when I picked Kanna he said Kanna was cheating because she was a boss… lol. I only played character from Air, Misuzu, Kano and Kanna. I bet Kanna was a top tier tho.

I couldn’t get it to work on windows 7 either, I had a copy of windows xp so I just run it on that in vm.

That would be super awesome if they made a new efz think about all the characters they could have… There was a efz style rin in mugen, mugen is such a random game tho cause it just a big dump of characters.

There was a whole bunch of Air doujin games back when Air was at it’s glory days. I don’t think there were many clannad or little busters ones. Tho I have a story about a game with LB! content in it, before I knew what Little busters even was I played the nico nico rpg… mask saito is in that game, even after I started playing LB!, I never connected the dots that they were the same people for a pretty long time.

I couldn’t get it to work on windows 7 either, I had a copy of windows xp so I just run it on that in vm.

There was a efz style rin in mugen, mugen is such a random game tho cause it just a big dump of characters.

There are a lot of custom efz characters for Mugen. Mugen is only random if you make it. You are the one who adds everything to the game.

I have been working on my own little project for a few days now in the hype for 1st Beat. The idea is so make a playable interactive replica of the SSS HQ. I plan to make it compatible with VR sort of like the Totoro & Spirited away VR demos by RedOfPaw.

I don’t know exactly how much of the campus I am going to make but I am starting with the SSS brigade’s HQ for now, maybe in the future I will add to it, any recommendations or suggestions would be very welcome.

Make it so that whenever you try to leave the room, a giant pendulum hammer swings and kills you.

Make it so that whenever you try to leave the room, a giant pendulum hammer swings and kills you.

And now it has been added!

I am going to give one final update on my project which I have now named Project Last Heaven, horrific name I know but I am not the best at coming up with names as you can tell by my profile name.

This will be the last update I make till I release the game, simply because I don’t want to spam this thread with it. There is a few bugs in the lightmapping but this should be fixed by release. All I have to do now is to finish up some props for the room and fix a few lighting and optimization problems.

Again any suggestions or ideas to add would be much appreciated, thanks! 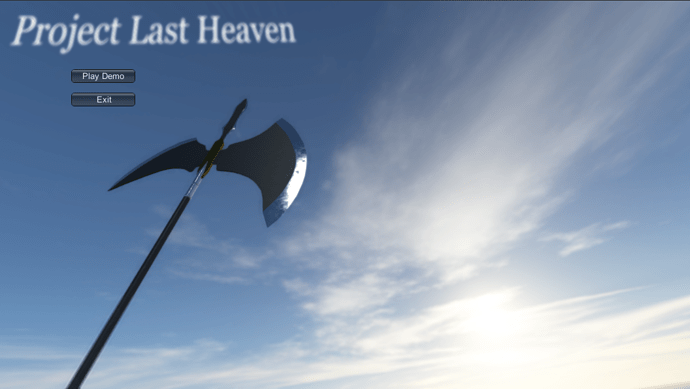 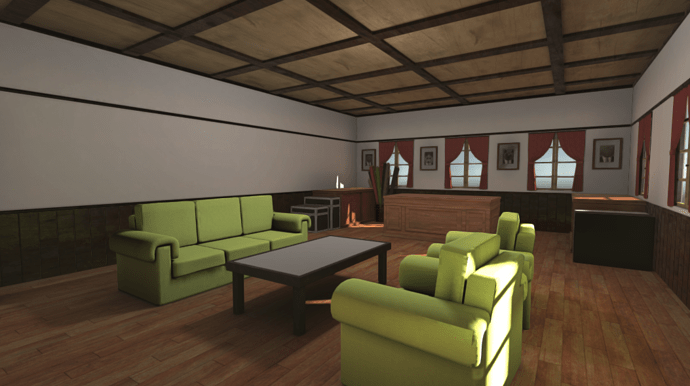 A small demo version of can be downloaded over on my wordpress page https://projectlastheaven.wordpress.com/downloads/
Not a lot to do currently apart from walking around, experience the odd bug or getting hit over and over by a pendulum,

Not a lot to do currently apart from walking around, experience the odd bug or getting hit over and over by a pendulum

EFZ is an arcade fighting game that includes characters from Kanon and Air.