[IT issue] A special g00 files of Rewrite

Is it rldev? With Visual Art’s engine we only know rldev

I know this isn’t an ideal solution but I think you could try putting the translated images next to eachother in one really tall image file, and then specifying the coordinates of each “frame” in the xml file. I noticed in the xml file it has the same coordinates each time, which makes me think that maybe if you change the coordinates you could do it that way.
Doing a bit of searching around I’ve had no luck otherwise, I think some research would maybe have to be done into the source code of parts of RLdev which seems like it would be hard.

RLDev is written in OCaml, so good luck with that.
But Rewrite isn’t REALLIVE, it’s its spiritual successor Siglus, and Haeleth’s version of RLDev doesn’t even handle Little Busters! fully - although the G00 format just may be the same in both for all I know.

You should ask Amaterasu for their toolchain, they likely have a RLDev fork they use, which is hopefully published somewhere.

(I haven’t actually finished Rewrite, so I won’t watch that video, but is there really text to translate in that picture that isn’t conveyed elsewhere? You might not have to touch that file at all.)

Yeah the text is in the image itself.

Oh, they said “forgot” lol. Maybe I asked again. I hope, with Harvest Festa Translation, their hacker can teach me something.

I’ve been looking at it, but I only have Reallive tools. I think this is a new function added in Siglus.

I can’t find a way to group all the images into a single g00 file (I’m using g00packmax.) For now the solution by Bonecuss sounds best, unless you can get your hands on better tools.

Interestingly enough, when I view it in g00libmax it shows correctly as a single g00 file, but (as far as I’m aware of) none of the other tools allow such a g00 file to be created… 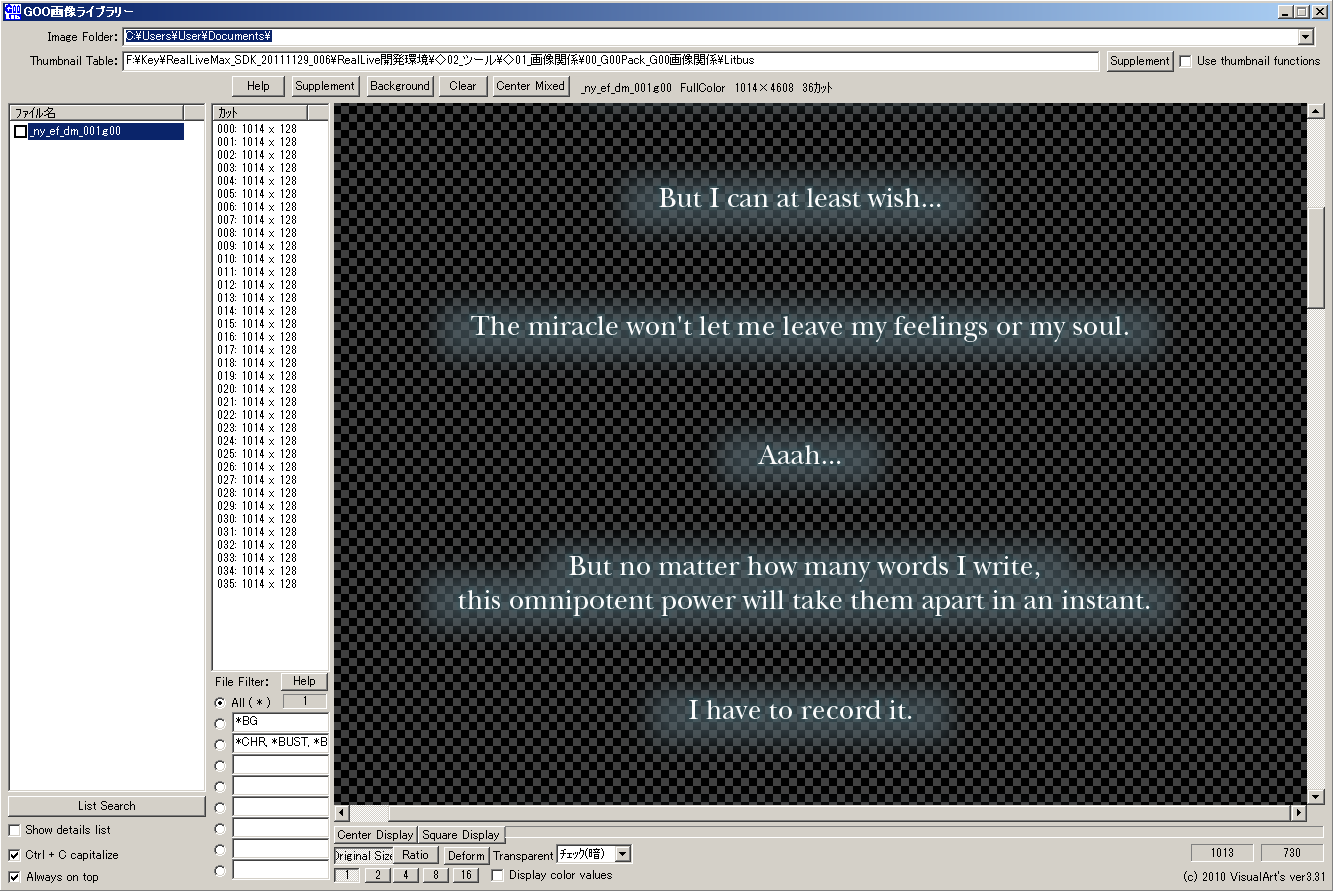 The best way I can think of emulating this, is to insert all the translated/edited text into a PSD and convert that to a g00, then alter the coordinates if necessary.

The best way I can think of emulating this, is to insert all the translated/edited text into a PSD and convert that to a g00, then alter the coordinates if necessary.

What the… We can convert directly PSD to g00 ?? @@
Can you teach me something?

You can using the Reallivemax SDK. It’s the same as converting a bmp or png, but each layer in the psd file will be converted to a separate g00 file. It’s quicker for making multiple g00s~

For the special Rewrite g00 you could just save it as a png or bmp probably.

Can you up these soft for me ? I search gg it leads me to jap page @a

I would take a look at just writing a tool for this, but I have a feeling I’d spoil an ending if I did… ><

Are there no less spoilery G00s that do this? None at all?

Thers are g00 of Moon Ending…

But don’t worry, if you guys don’t read from the beginning it’s fine

Seriously, my Rewrite can be down if this problem isn’t solved soon

Thank you if you write a tool :v

There are g00s that do this in Little Busters. Masato dancing is the one that comes to mind.
Here is the image that is extracted: 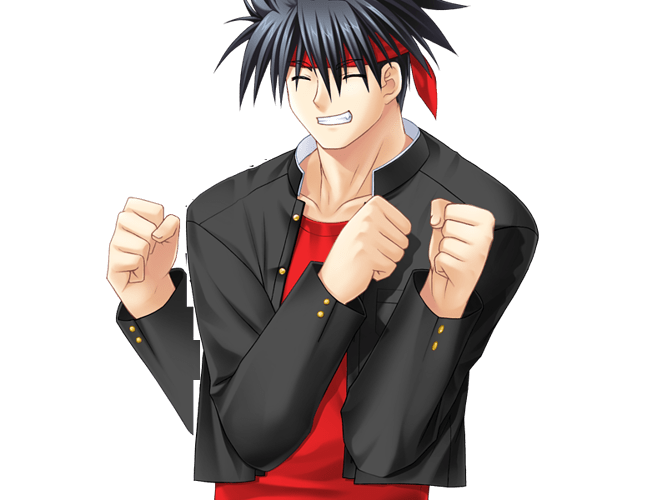 NYEF_MS01.png800×600 296 KB
Although there are sprites for the individual frames in the list of his sprites, there are a very large amount of sprites unused for every character, so I believe this file is what is used for his dancing in game.
The XML file has the same thing going on with the file for the Rewrite image.
The file name is NYEF_MS01.
I have actually found a few images in Little Busters, some that contain text too like the Rewrite one that all share the same thing. I haven’t found any that are translated though, it doesn’t seem like there is any text animated like this in vanilla Little Busters, so I think the translators didn’t have to worry about it for this. Interested to see what the EX patch will do with it.
Takafumi February 13, 2017, 10:45pm #18

Can you up these soft for me ? I search gg it leads me to jap page @a

Here’s my version of it~ https://drive.google.com/file/d/0B31Tf9j1VWKmX1hkbVBEaEo5dGM/view?usp=sharing I’ve translated the essential parts of the software. It can be confusing to use at first, but it’s easy to figure out.

G00Lib is for viewing g00 files. You could set the Image Folder location to “C:\Key\Rewrite\G00” and then look at all the g00 images.
G00Pack is for converting bmp/png/psd files to g00 files. The program uses the layers of a psd file as commands, so there’s a lot of stuff you can do. Creating an empty layer named #CONVERTS will split up the conversion. Putting // at the start of a layer name will make the software ignore that layer.

There’s tutorials with the software, but they are all in Japanese.

The file name is NYEF_MS01

Huh, I can’t find that file anywhere. It looks like all the NYEF g00s do a similar thing though.

I’m looking at the baseball sprites, and they do the same thing as well. It’s a bunch of separate images that look like a sprite sheet - at least, that’s how it looks when converting them to a standard image file.
It really looks like these multiple image g00s are just a single image with regions allocated to each separate part of it.

There is an image of the full g00, and then one of the separate images within the g00 file. If you look at the top far right you will see “(000,216)x(063,295)” which are the co-ordinates of the top left and bottom right corners of the singular sprite.
If this is correct, then the way to translate the Rewrite g00 file would be to put all of the text onto a single image and convert that to a g00.

I went and tested this out with the tools I linked above, and it worked!

Here’s how to do it

First I created the file texttest.psd, then I created a file named texttest.txt.
In the psd file I created a simple image. It’s just the words “Test 1” repeated. 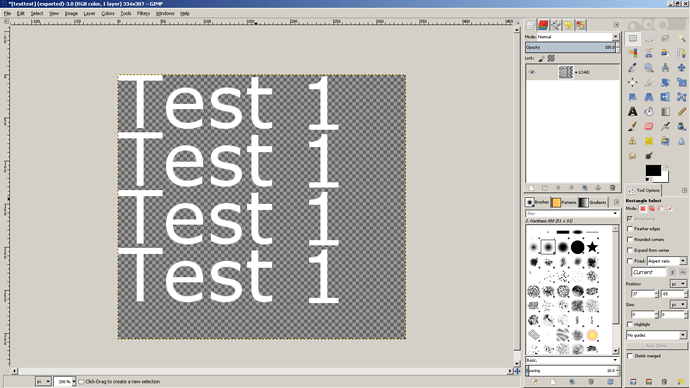 Now, in the txt file I wrote 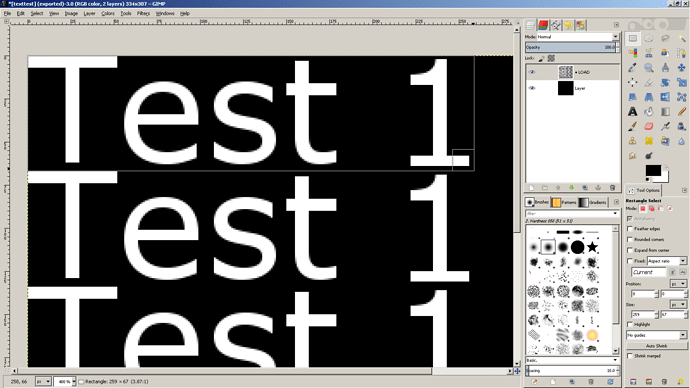 The cut area. You can see the size of the area at the bottom of the screenshot.

After that I saved the psd and the txt, and opened up g00pack. I located the folder that my psd and txt file were in and converted texttest.psd. It was complete!
Let’s check it in g00lib to make sure it works!

Edit: Just to be sure, I tested it in Crass and it came out like this. 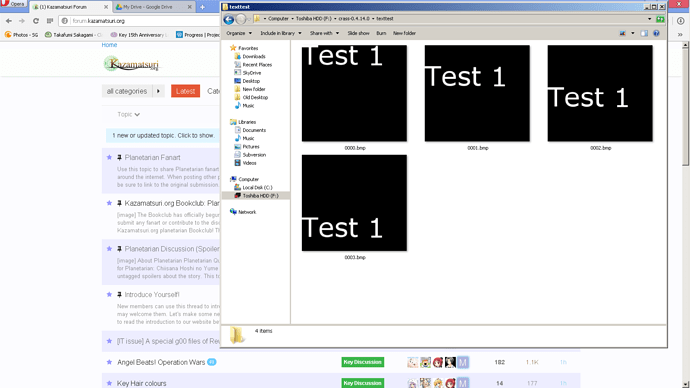 Pasted image1600×900 151 KB
Since I was using the baseball sprites as reference, it’s not exactly the same as the Rewrite g00. I looked into it a bit more, and it looks like the rewrite g00 has somehow done this over multiple layers. It might mention how this works in the documentation, but I can’t Japanese, so I’m lost for now. It’d probably just be easier to export them as separate g00 files after all, and then just make the game show the custom g00s instead of the original one. I’ve never looked at Rewrite’s scenes, but if it’s anything like Reallive’s SEEN files it should be simple.
1 Like
Bonecuss October 10, 2014, 5:36pm #19

Oh nice one! Issue solved!
I might have been mistaken with the Masato sprite then, it could be some thing from EX since I extracted all of that.

This might be a stupid question, but how do you extract the G00 files with transparency?

Graphics Tools When working with certain types of files, I move away from RLDev, and start using the official RealLiveMax SDK. For images, there is a set of programs to view and create .g00 files. I’ve translated the important parts of these tools, so you can download the English versions here. Note: These tools require Adobe Photoshop to run correctly. PSD files created by different software may not work as intended. Viewing g00 files To view g00 files, you want to open G00libMax.exe. This …

Thanks so much! I have one more question, what is CMD?

Command prompt. On a Windows Computer if you press Windows Key+R it’ll open up a run command, and if you type CMD in there, it’ll open Command Prompt.