Right, so I should have asked this in the thread op but completely forgot about it so here we go… To some of our FGO JP/Veteran player (that I know of) @balance @Tamamo-no-Bae @Khsellhu

Will you guys be completely switching over to NA version and uninstalling the JP one?

For me I’ve been getting pretty lazy for some reasons in JP lately and haven’t completed any event for two months now so I thought that having some motivation to restart the game in NA would be the best for me (and so far it is). I decided to sell my JP account which I sorttttt of regret, having obtained 10 SSRs some of which are waifu material and all but so far it’s made up by the fact that I’m able to read the story now

The only thing that I’m gonna complain about is the fact that we’ll be 2 years behind JP version, which, for a game, is a hugeeeeeee time gap and I wouln’t think of juggling two FGO games at the same time, especially now that I’m also playing GBF, so it was either NA or JP… I chose NA because I don’t wanna see moonrunes : D (and because starting over is sort of fun not really)

Honestly I feel like this is a really unpopular choice, since I haven’t seen anyone on the FGO subreddit really talking about it, but ehhh whatever XP

I am definitely not going to leave my JP account for NA. The horrendous localization issues aside, I have invested far too much time and money (more than I’d like to admit…) in rolling and raising all my waifu servants. Considering how much time and luck is needed to farm up ascension and skill items, that all my friends play on JP, and that I can read moonrunes anyway, I can’t think of a single reason to throw that away for NA. The sole fact that I pulled Melt after almost 2 years of waiting and a loooot of salt with failed rolls is already enough reason to not give it up.

That said, I get why some people would want to switch. But I figure the more you’ve played, the less likely you are to want to give it up, so it makes sense that no one on the subreddit talks of it because chances are you only post on there if you’re a veteran or a NA starter. I know some people playing both atm, but I don’t think anyone intends to juggle both long term or switch completely, and then I know people who quit the JP awhile ago and are now coming back because of NA.

I am not really sure yet.
I didn’t invest that much time in my JP account anyway… and I am not really a Veteran player. The thing is, I was there at the start of JP server and… didn’t play much. I have a few SSRs on JP, a few SRs and I’ve spent literally 0 money on the game so far. While I do have a few max-lvled servants and a few (probably) rare ones like Melty and MHXA I do regret missing on all of the freebies from the initial game…
With all that given, for now, I will keep both clients on my phone. I can read Japanese without a problem and I don’t care for English localization.

No way I have too many valuable servants and such on the JP edition.
But I want to experience the story and such so I’ll play both

I never got to playing on JP - I just don’t care enough about playing any one mobile game enough to start account juggling or dealing with proxies. Even if it isn’t hard, It is how I kind of control what is competing for my attention.

I have been going at the English version with enthusiasm though. I have heard a number of people complain about the localization, which is a bit rough but seems a bit overblown to me. The UI typeface is probably the single thing that bugs me the most so far – I really hope that they patch it with something that looks a bit more consistent.

I am still working through the Orleans scenario - it is so much better and so much more of a “Fate” story than the intro chapter was. I am having a lot of fun with it. Marie Antoinette may have just stolen my heart, and I find myself wanting to yell “OSCAR!!” whenever d’Eon shows up. Good times 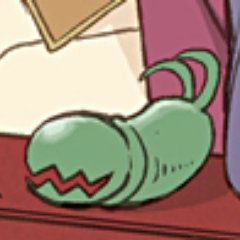 "Guess how many people we had? Three." Lmao suspicions confirmed

I’m not that into FGO anymore but I still keep up with it kinda. I think I got burnt out from doing last year’s summer event and not getting Kiyohime Lancer… Also I haven’t been able to get the other servants I want like Ibaraki, Shuten and the new Assassin of Agartha. Storywise I’m only just starting Camelot.

I have nine 5 star servants which a lot of people get angry about me having and not playing as much.

Also other mobile games taking more of my time to grind led to me to not play as much. 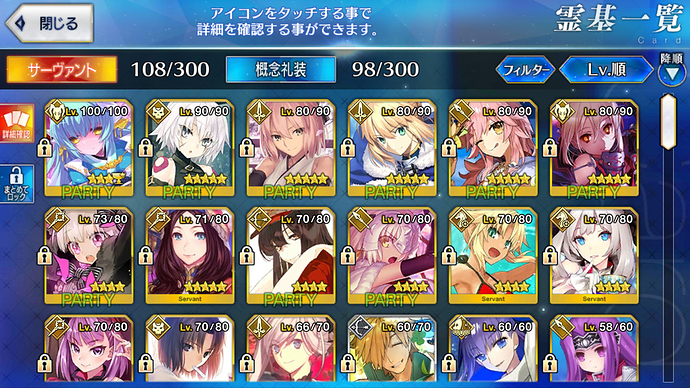 I will have to keep an eye out for her to enter the pool here. Kiyohime is love <3 (Though Marie is my true Grand Order Darling and I will prepare my wallet for the day where her caster summons is in the US pool)

I have seen more of the translation problems having played more areas – translation and weird editing errors. It feels rushed, but some of the news of re-translation have been heartening. I am still pretty happy to be playing it in English. I am taking the “support this so they have the drive and resources to work on improving it” tactic.

Yeah, TL of this game is really funny. Well, at least I’ve already read this story on JP, so can just easily ignore it completely…
For God only knows what reasons I’ve managed to get 3 5* on NA by now. All with free quartz and summoning tickets, therefore it kinda feels like a waste to just drop the game.
I am also more-or-less actively playing on JP. Got Assasin of Agartha (yay!) and Caster of Agartha (meh) from the last (free) summoning xD Should probably rush through the story at this point…

Sadly we won’t get Summer Gacha this year since Aniplex intends to run it with “JP experience” and since JP didn’t have any summer gacha when they started too… : (

Also @Likeaneko Don’t worry man, atleast you still kept your JP account even if not playing much…

I decided to just go YOLO and sold mine even after so much progression X.X 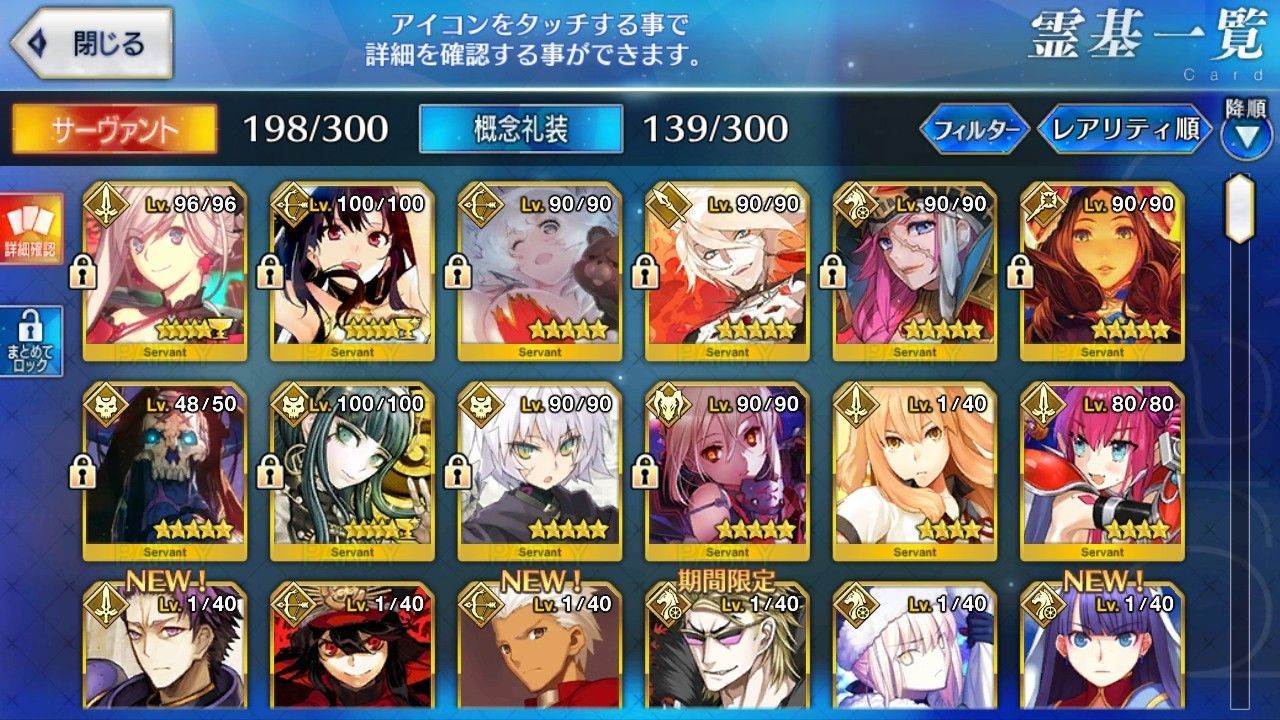 Summer rerun starts this week, so you have another chance at getting swimsuit kiyo :3

I can wait. My love for Fate didn’t die in the many years where there was almost no content, so with all of the Fate hype everywhere I will be here; Ready to offer my dollars to the gatcha gods in hopes they answer me with Caster Swimsuit Marie and Lancer Swimsuit Kiyo<3

I just want 4 star units… How excited I was when I saw the golden lancer card. I thought, “KIYO LANCER???”
Nope another Tamamo… So now I have an NP2 Tamamo Lancer .-. 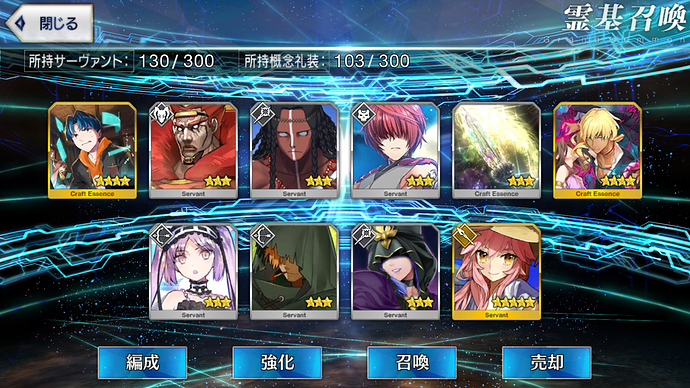 The Gatcha Gods will always find many ways to ruthlessly betray your hopes. It is their way.

Yeah, I felt similar when I’ve pulled Caster of Agartha in 10-roll… orz
Why did they draw her that bad, I wonder? Darn it. And I’ve got literally nothing from Summer Gacha…
No cutie Kiyo, neither Lancer Tama, nor Rider Mor… orz

Added my code. I’m slow playing right now while I’m waiting for servants that I want to release but I do have Altria and I’m probably going to blow everything when I get to the point where I can get Nero.

I’ll just leave this here
LONDON SPOILERS
The original 1280x6480 version
It doesn’t seem too happy with me when I tried to upload it as is. 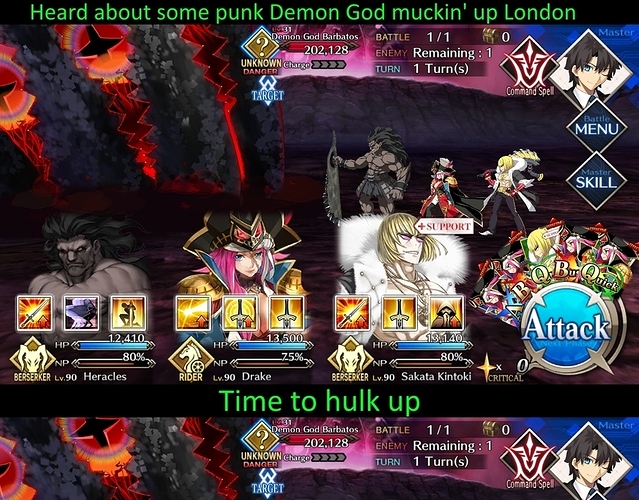 The game has gone through many different updates, and it’s the sort of game that you really need to get stuck into to appreciate. To update the game icon, download it on apknite

Where should I start for getting into the fate series as its really intimidating with all the different mediums the story has been told through. I know very little about the series other than existence of the king arther character (Sabre?) and the really cute looking girl from the rider class? (alphsto?)