So now in C++, I’m learning about function/functional methods and it’s here where realized that you really have to be cautious when coding any computer language, not just C++. With functions you have to make sure nothing can go wrong especially when trying to code a function that imitates cin (input for C++).

Also, Internet Explorer is getting killed off by Microsoft.

See Internet Explorer through the ages

Charting the history of Microsoft's iconic web browser in pictures.

So now in C++, I’m learning about function/functional methods and it’s here where realized that you really have to be cautious when coding any computer language, not just C++. With functions you have to make sure nothing can go wrong especially when trying to code a function that imitates cin (input for C++).

An analogy that I’ve heard once, long ago, is that the computer is basically a blind person asking for directions, and as a programmer your job is to give exact directions. Using higher and higher level languages is somewhat equivalent to relying on the blind person being more and more familiar with the area already.

Some guy tries out a high-end feature phone instead of a smart phone.

Not specifically a computer thing, but I figure this is the most relevant place to put this.

Personally, I like flip-phones and would love to see a properly made (single-screen, not dual-screen) smartphone that’s made available here. (With a hardware keyboard.) I think I’ve heard of one Japanese flip-phone running Android…

Either way a headphone jack is absolutely necessary for me. Kind of a shame the feature phone from the article doesn’t have one.

So, Sekai Project retweeted this 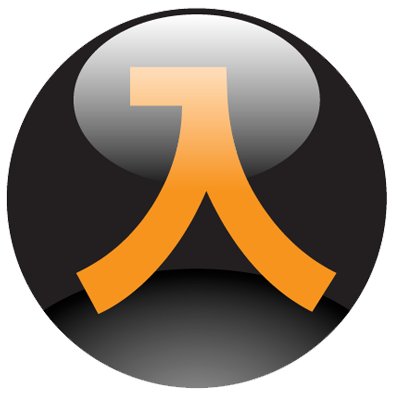 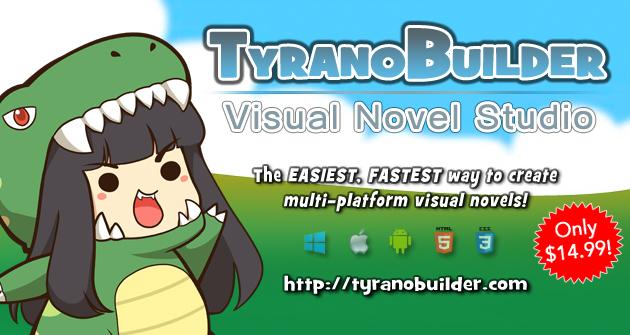 Seems like a cool thing if you don’t want to go the path of writing the tools yourself, but I’ve not tried it. Of course there are free solutions as well. (Ren’py, for example.) The tooling looks well done. 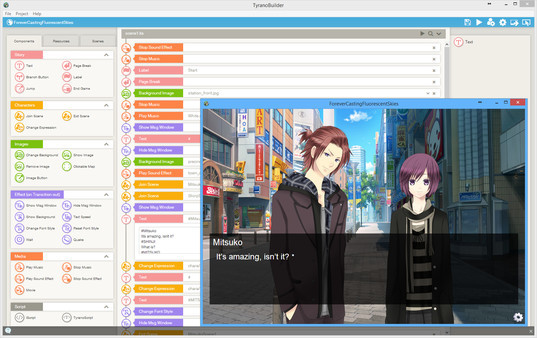 I’m still curious about Key’s workflow on their VNs. (It looks like they’ve got a pretty neat, and complete, setup.)

That actually looks pretty damn sweet! If anything, it allows even more people the freedom to make visual novels. Makes me wonder what the writing environment of stuff like SiglusEngine looks like

My friend just linked me this http://stackoverflow.com/questions/7825055/what-does-the-c-operator-do
This is amazing, I’m definitely going to use this in the future in my assignments and stuff

Yeah, I use that site when trying to figure out problems for my C++ labs. It sort of became my Google.

I was always a fan of the sorting algorithm folk dances myself.

Computers have been a large part of my life. Growing up as an only child in a single parent household alone for most of the day with no brother’s or sisters was tough. The life of a latch key kid, as they say. Computers and the internet became my one and only bridge to connect with the outside world.

Back then, computers became too important to me. While I was blessed to be surrounded with extra cirricular activities throughout my youth, I found myself running away from the realities and friend relationships of life all too much. (Lucia’s route on Rewrite is getting to me at the moment.) The decision I made was safe, and secure. I surrounded myself in online video games and made my first computer when I was 18 from the money I saved up from my first job. I didn’t know what the term “relationship/friendship” meant. I’ve spent a lot of time alone.

For the most part, computers have been a positive in my life. It opened me up to connecting with others. Many lessons and knowledge came from it. Now I get to do what I love, which is solve programming problems for customers. It is also truly is awesome to enjoy works like Key because it has motivated me to change all those self defeating habbits I relied on for so long.

So in short, computers are bittersweet. A means to and end.

@Pepe
15 sorting algorithms in 6 minutes. That was an interesting video to watch. I’m thinking about showing my professor this video.

That video was awesome. I think my Computer professor would love to see this video.

@Pepe that algorithms video and related ones helped me a lot with my bubblesort algorithm assignment, thanks for sharing!

Also speaking of programming, I’m trying to set up a git server on my Linux server/seedbox thing and use it to do version control on my desktop and laptop but gosh it’s overwhelming to a linux noob @_@

Heh, that’s a pretty nice pet project. Allows you to learn linux configuration and server set-up in a pinch lol

This past semester, I’ve been enrolled in an introductory C course, and I’ve been having a lot of fun with it. I’m an analytical guy, so trying to analyze code is both challenging and entertaining. I decided to take on a project with setting up a simple chat bot because I got so enthralled with the programming. It’s also been nice that my physics course has been requiring us to create and run our own simulations using programming, so I just get sucked in even more.

And that sorting algorithm video will never get old.

Aww here I was hoping I could be the one to necro post this D:
Anyways I am of mind building my first gaming computer and started planning early so I can keep an eye out for black friday/cyber monday sales on these parts. But… it seems that my build is a bit more exspensive than I expected and was wondering if there was anything I could cut without hurting the performance to bad. The only game I think that takes a good deal of VRAM that I am currently playing is Final Fantasy 14 Heavensward. And then I also wanna try streaming League of Legends and/or some other games.
http://pcpartpicker.com/p/jJ3TK8

I am using Audicity to try and separate vocals from the background audio for Harmonia’s ED. It said I had raw data, so I treated that. I got it now, but the problem is that for the Codec, the Harmonia codec is MPEG and there are no choices for MPEG in it.

Harmonia codec? :masdum: You probably mean the audio format. In that case: http://lmgtfy.com/?q=audacity+codec

You should be fine with that setup for FFXIV, but you’ll risk running out of RAM… I’d recommend 16GB for a gaming machine. You probably won’t use it all, but RAM is cheap and it’s better to have too much than too little~

I have a GTX 970 and I can play FFXIV on max settings and stream it smoothly with GPU encoding, but it’s a bit straining on it at times, so if you want to be really safe, see if you can afford a 970 instead. The price difference wasn’t huge last I checked, but the performance difference really is.

The API design guidelines (which also shows some example code if you’re unfamiliar with Swift) are pretty decent too.

Swift is a programming language by the guy who was originally behind LLVM and Clang. He was hired by Apple to make something to replace Objective-C. (This statement is glossing over so many details and is not entirely correct. It’s essentially what happened though.)

I’ll probably see if I can get a Windows port working at some point unless someone beats me to it first. (Someone else will probably get to it before I do. xP)

I have some software that I wrote which I’d like to just port over to Swift. The language is nice, and I prefer it to certain other projects like Rust and Go. (I also trust the integrity of the compiler more, though trust is a subjective metric and not objective or empirical at all.)

Yesterday I upgraded to 8GB of RAM from 4GB. This is significantly better. So much less paging. I was constantly running out of memory just keeping VS and a web browser open at the same time. (Incidentally, an update was released to VS2015 a few days ago that I’ve been meaning to download… I expect the memory usage to increase with that update.)

At first it was only registering as 4GB, but I figured one of the sticks weren’t seated properly. All is well now. (Yay.)