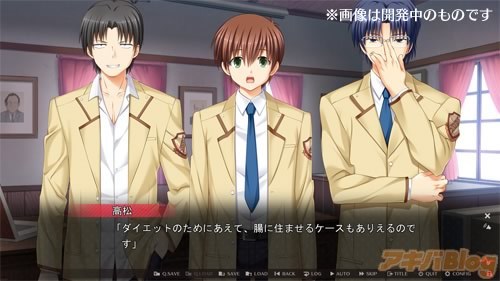 Key has just announced that they are planning to release a trial version of the long-awaited Angel Beats -1st Beat- at character1, a convention that will be held on May 2, 2015 at Tokyo Big Sight. character1 is one of the upcoming events that we have been expecting since we reported on Key's upcoming schedule, and it looks like they are going to be a giving the trial version as a treat to visitors who will purchase items from their booth at character1.

Although no date has been announced for general release, this will be the first chance we get to take a peek into the game system of -1st beat-. For now, a few in-game screenshots from the trial version have been released. Enjoy! 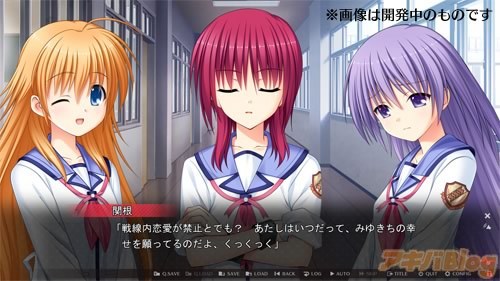 You can enjoy listening the GirlDeMo Member's Love Stories... or something like that. 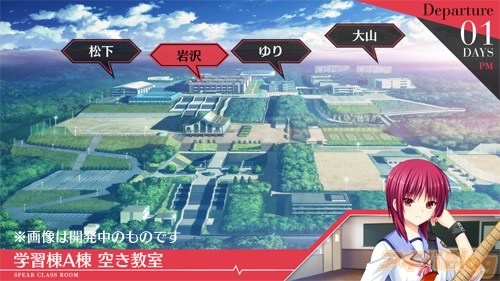 Every morning and afternoon, a map selection screen appears, allowing you to interact with specific characters. Since the SSS members don't attend class, they are doing various things in various places. 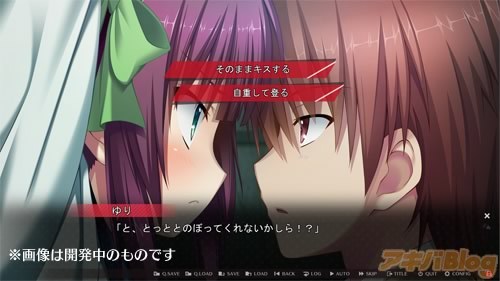 How did the option to give Yuri a kiss appear!? Noda would die of shock!

Credit to Zak89 for linking us to the original article: http://blog.livedoor.jp/geek/archives/51484011.html
(Warning! Link contains some NSFW content. Click at your own risk)

This is a companion discussion topic for the original entry at http://kazamatsuri.org/angel-beats-1st-beat-trial-version-to-be-released-at-character-1/
6 Likes
Angel Beats! - Visual Novel General Discussion
Pepe April 28, 2015, 8:56am #2

So looks like Key has posted some official info as to how the distribution is going to work: http://key.visualarts.gr.jp/angelbeats/special.html#ab_trial_haihu

So people who buy stuff from the booth will get the trial version + a ChaosTCG Promo card. No amount has been specified so it might be safe to assume that even just buying 1000 yen worth would get you a trial version. They’re also limiting it to one copy per transaction, so I can’t ask for 10 copies even if I spend 20+ thousand yen

They will also be giving the trial version plus a special pamphlet for Operation Iron Beast from 3:00 - 3:30 and 4:00 - 4:30 to non-customers, as well. So pretty much, you don’t even have to spend to get a copy

They’re also limiting it to one copy per transaction, so I can’t ask for 10 copies even if I spend 20+ thousand yen

The hype is real, I hope Sekai locates this after Clannad!

This trial version is probably fairly short, chances are it can be easily and quickly translated in english by Sekai Project.