Hey @Rabla, you just reminded me I have a whole folder full of silly Rewrite screenshots to pull from. Here’s an Akane quote from common. 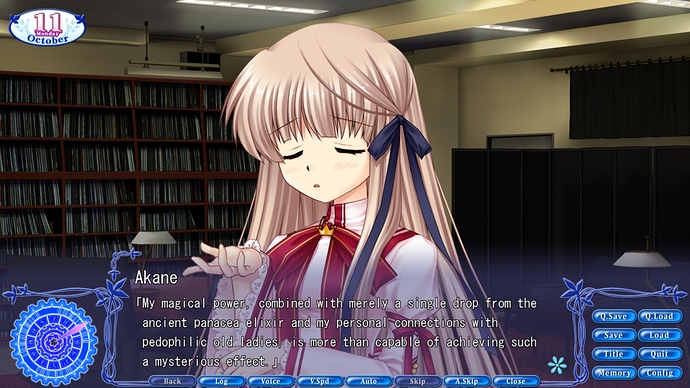 As some added incentive to post quotes, if you’re able to come up with a really good one that sums up Rewrite well, then I might just use it in the Rewrite information page on the main site, and have you acknowledged in the credits. Keep em coming!

[quote]If I married Akane… I would be a wizard.
~ Tennouji Kotarou - common route [/quote]

[quote]After all, someday even people will return to the system that evolved them.
~ Senri Akane - common route [/quote]

And a little extra from Akane’s route… 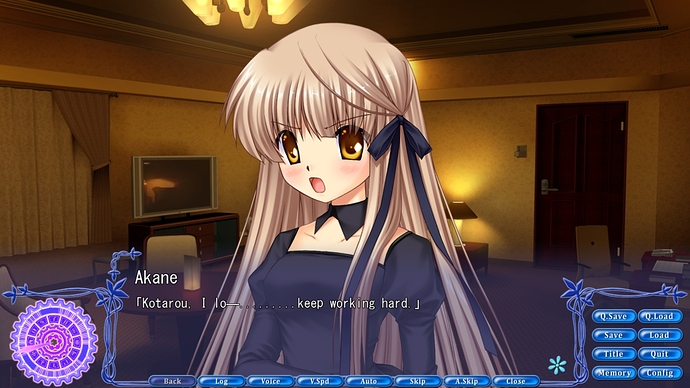 This is one of the field events.

I don’t get it but for some reason I find it hilarious. 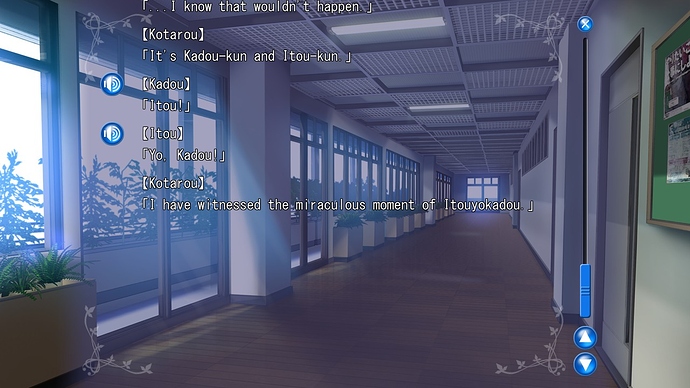 I guess the one thas most stuck with me was from Akane’s route:

[quote]Kotarou: “Live and suffer!”
He shouts this to Gaian believers before fighting the Earth Dragon. I dunno, this sounded really profound directed at them. The very fact that the “environmentalists” of Gaia were actually people that gave up on life seems so very human. Tanaka Romeo deserves much credit for that.[/quote]

I’m calling out for people to add their favourite Harvest Festa quotes to this thread! I need one for the information page.

I sorta wonder how many people here have read Harvest Festa, heh.

I know there’s a few here who read it with automatic translations. 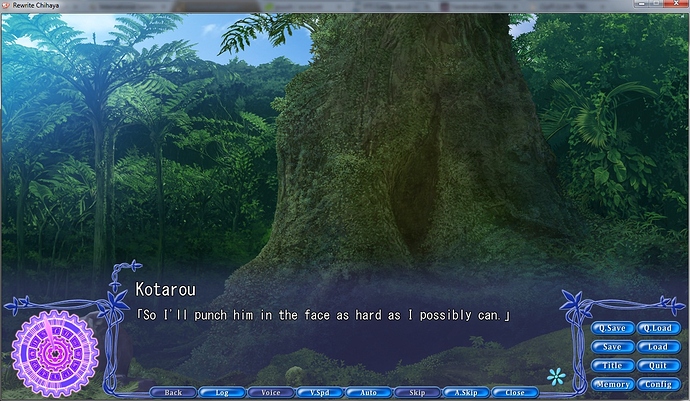 And that’s why Chihaya’s route is the best.

Also, I’m aware that HF is untranslated, so try to provide the best and most coherent translation you can

“I became what I am because I was supposed to. No one can decide which iron turns into a firm sword, a rusty broken one, or a small nail thrown away in the corner. If a sword chooses to never go in its proper scabbard, it will only gather rust outside… So what do you want to be?” - Esaka. Shizuru route.

Bonecuss wanted to post this, but he hasn’t finished the VN yet so he can’t. 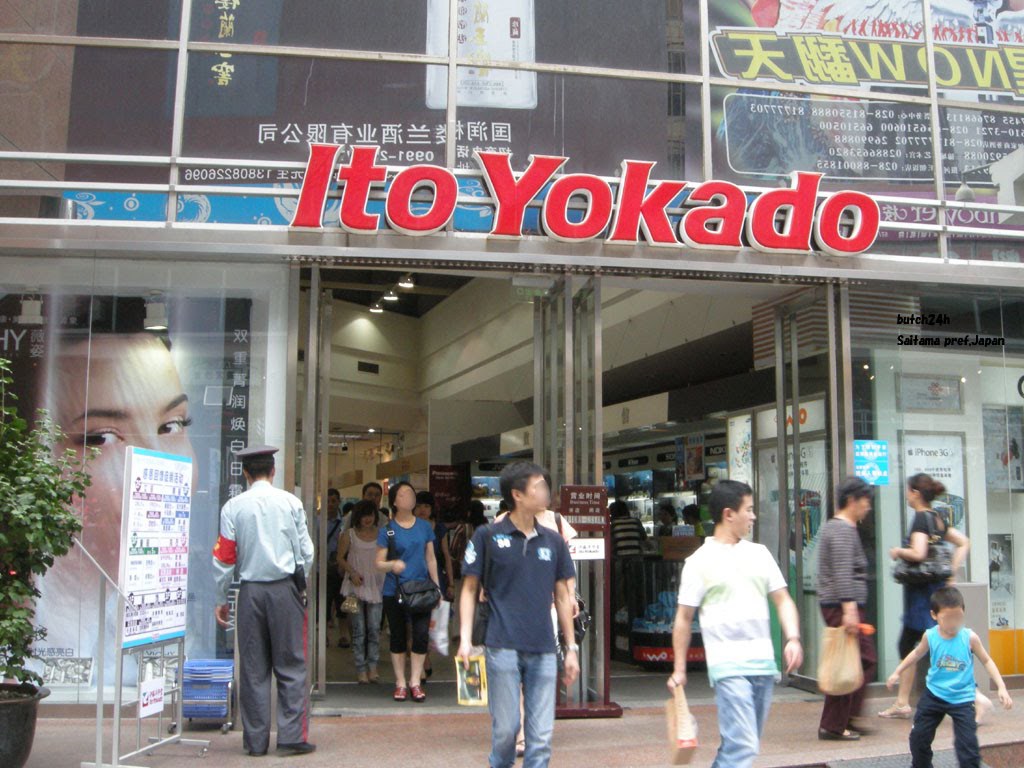 “But i am drunk… and thus, i strip. Only by returning to one’s naked form can you become truly human.”

We need to find some worthy Sakuya quotes. Sakuya is my favorite character; I wish there was a Sakuya figure.

“Samuri die for their own sake. Knights die for the sake of others. That is why I call myself a knight” Sakuya Ohtori

But yea we need some more worthy Sakuya quotes, preferably something that has meaning even if you haven’t played the game

Well Sakuya is my favorite character ever made by Key. And as so far I remember, he had some good quotes but a lot of them are spoiler ish.

“Kotarou is far more human than any of you!” - Ohtori Sakuya

Other than that I remember Sakuya giving kotarou silly nicks. I might update this post for some better sakuya quotes when I get to pc and replay ohtori :p.

Ah yea whatever you can find spoilers or not. I might replay it at some point specifically for screenshotting quotes. I wish they would make an anime adaption.

“What? There was treasure. And it’s right here.” [I point to my heart.] - Tennouji Kotarou
…
“Huh? I thought I said something deep and moving…”

Spoiler tags are really, REALLY there for a reason. I understand that it’s not required in this thread, but Harvest Festa isn’t really out for English speakers yet.

I’ll try to mark the super spoilers in BOLD, for importance. Click the fuzzy text at your own risk!

“…sometimes she tries too hard to be strong…and ends up with burdens she doesn’t need to carry.” - Kotarou

She’s trying to run away.
If I let her go, we’ll be back to square one.
Who knows when I’ll get another chance like this.
The love game between a man and a woman has already started here.
I can’t let her run away from it! - Kotarou

Why do important things like this never go the way I want?
I don’t think I’m asking for as much as I used to.
But why do the things I want always seem to slip through my fingers?
I only ever have them for a moment.
It’s always been that way.
Should I just give up? - Kotarou

Something that must never be――
Something unforgivable――
Something granted only to those two who overcame their cruel destiny as mere humans――
A miracle, created by human hands――