Well crap, just when I thought I was gonna have a week to catch up on Clannad… orz

Woo! Only one to go!

I should probably go out and buy Harvest Festa soon then.

Woo! Only one to go!

Yeah, but who knows how long is the mysterious last SEEN?

I bought my copy like a year and a half ago, so any progress is good news. Glad to know I can finally actually play it soon!

Tonight, I re-read EVERYTHING AGAIN!!! (Because I get the feeling he’s gonna want to final patch fast)

The hype is real!

I just read Rewrite 1 week ago and know the patch of HF is near. I cant wait any longer!!

The hype is real!

To toss an update, the game is fully translated from the looks of it. He’s gotten image translations done and the text files are there, but there are a lot of untranslated images.

I’ve been swamped between work and a family medical emergency (everything looks to be mostly okay now), but I intend to ask Ixrec this week what his plans are for image translations, as well as another matter. So if I can get an answer from him I’ll definitely let you guys know.

How in the… Oh well, I’ll take it! It’s been fun working on the project (even as sporadic as it’s been). I actually like having something like this as a small “can always have productive time” project going in the background.

How is everything going? 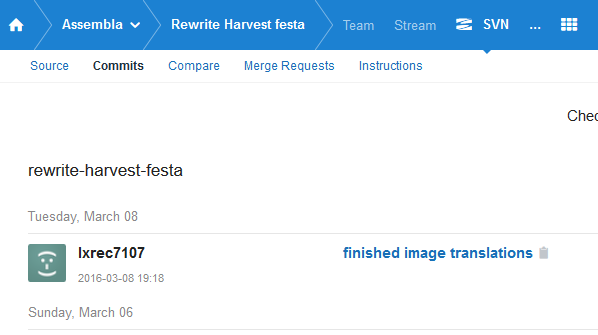 Sadly no. It looked like Ixrec had a pretty good little burst to finish translating SEEN files and get the raw image translations done, but it doesn’t look like he’s taken the time to actually translate any images since then.

Where can we download the patch when its finish? Sorry my bad english im from Argentina and eat Burritos, Tacos and that Stuff xD

Yeah, I guess this means we will have to wait for the official western release to play Harvest Fiesta.

Ixrec confirmed via Twitter that the Amaterasu Project for Harvest Festa is dead.

Not that it really needed clarification; but I guess the HF Project has finally met it’s end. Oh well; I had fun at least. 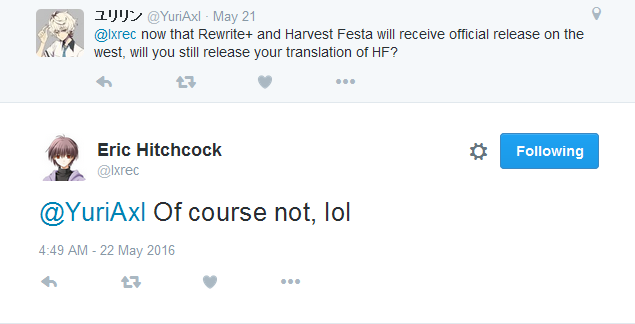 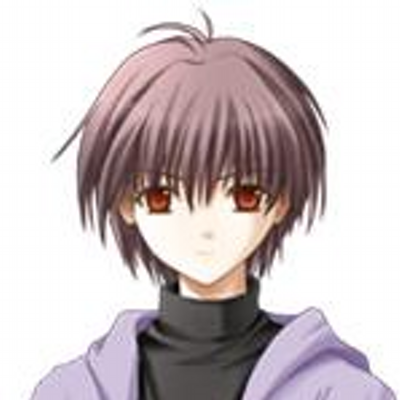 Now that they seem to be going to release their titles on the west, KEY fanmade translation groups might come to an end, at least English ones. I’m not sure if this is good or bad. Translation groups surely were a great place for people to practice their japanese and the translations made don’t have anything to envy from official ones.