Ooooh that was you? Nice!

Workplace was pretty boring so I “accidentally” made this. 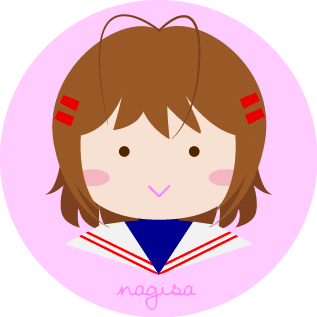 Now I’m considering of making it a button pin. 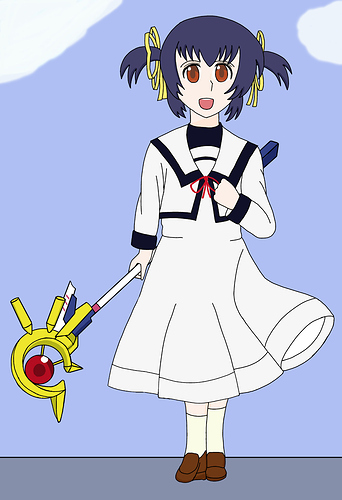 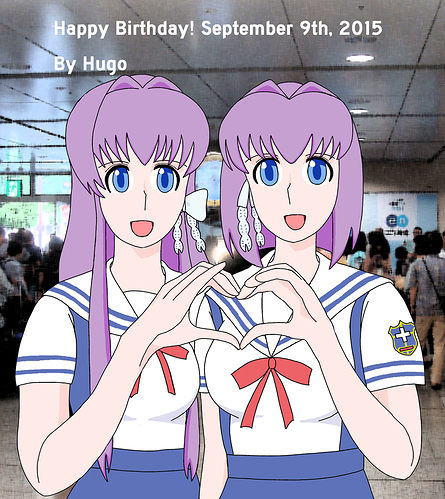 Last semester I was taking ceramics but I didn’t have much inspiration or creativity so I went with dango. Many many dango. I actually made like 4 pieces with that theme but two of them were ehh. 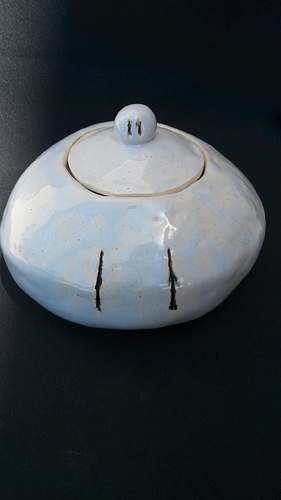 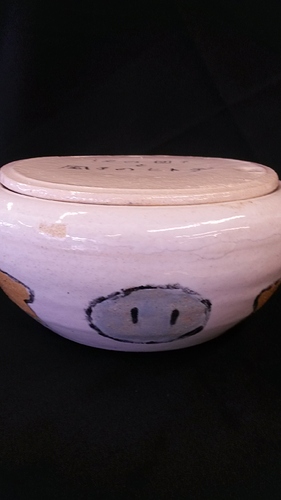 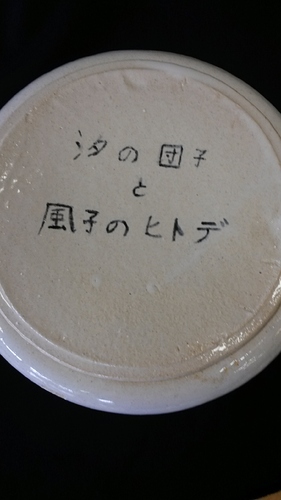 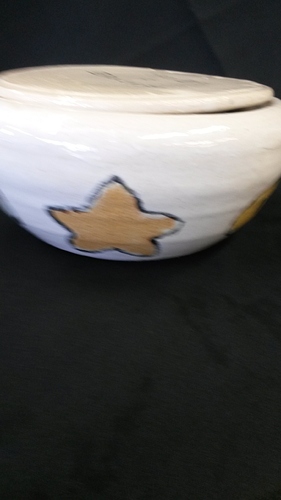 For the next three months, we’ll be accepting submissions of Fanworks for the CLANNAD Bookclub, for inclusion in the CLANNAD Bookclub Anthology! This includes things that aren’t 2D art as well: music, cosplay, photography, crafts, fangames, anything! Feel free to crosspost across other appropriate topics if you feel like your submission is better suited to another topic. (ie. if you record a fan cover of a CLANNAD song, you can post it in the Key Music Fan Covers topic as well as here, with no repercussions).

Let’s celebrate CLANNAD’s international debut with our creativity! Have fun!

I decided to start up my Clannad hype the only way I know how:

Been a while since your last Key cover!

Not bad! I really like how you doubled your voice at different points, sounds fantastic. You should use that more often in your covers!

You lose a couple of points at moments for being slightly off timing, like at around 0:22 you’re a bit too fast, and lagging behind a tiny bit at around 3:23 onward. But overall, you’re pretty consistent. All this takes is a little more careful editing. The actual quality of your singing is pretty spot on!

Good job Suika! If you want some free publicity, I’d recommend publishing it to Steam and tagging CLANNAD as the game! I’ll also include this as the first fanwork contribution to the CLANNAD Bookclub~!

Great job Suika! Like Aspi said, the timing was a bit off, but the strength of your voice made up for it. I really like how you’ve been able to start really making the songs your own.

Thx to Mr Pepe-kun’s idea & others, well here it is to kick off Clannad on Steam!

You guys can use it for ur videos, btw.

Edit: Here’s standard 16:9 pic if anyone asked http://imgur.com/VgB8usi
My bad for 3 months delay. 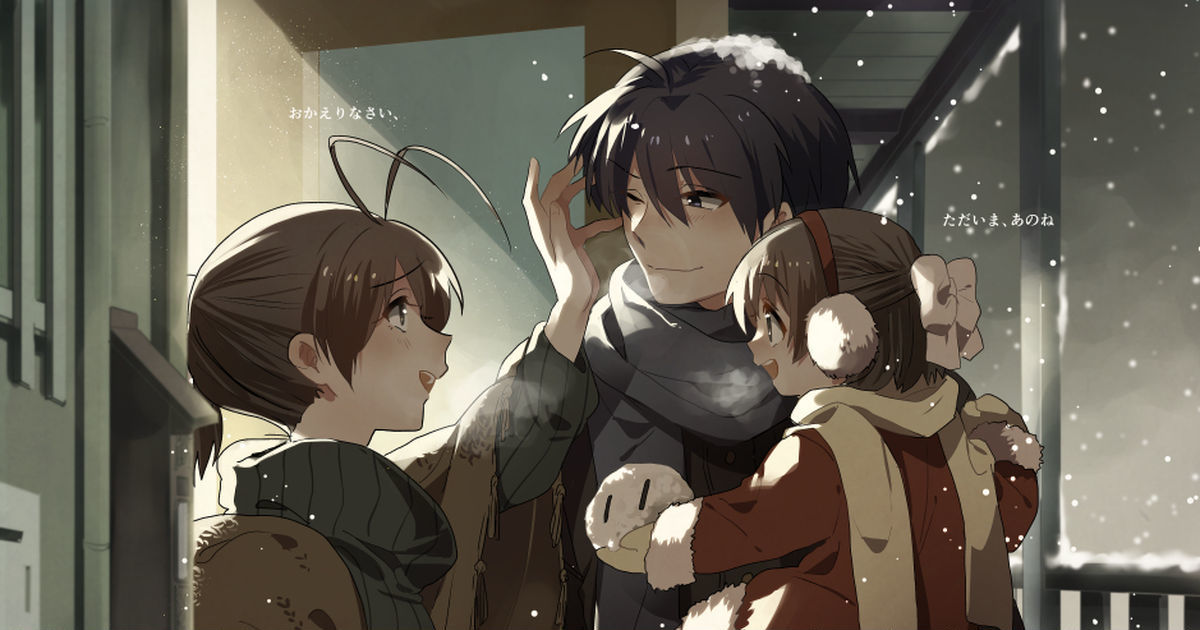 Hello guys. It’s been awhile. ^ ^
I had another go at drawing Clannad style eyes, but I couldn’t do it after all. :komue:
Well, I hope it’s still good.

Update: I have uploaded the bigger version at the source link 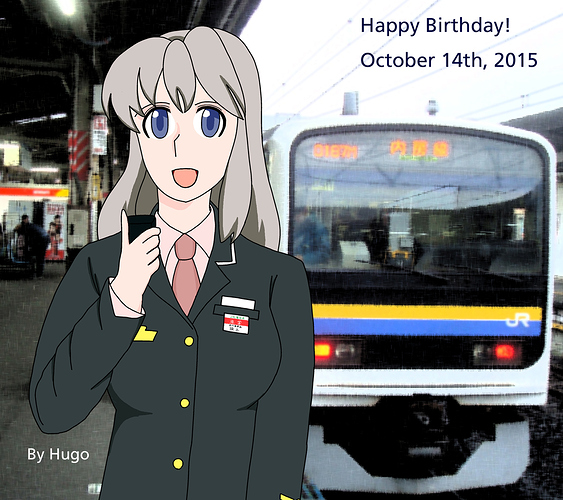 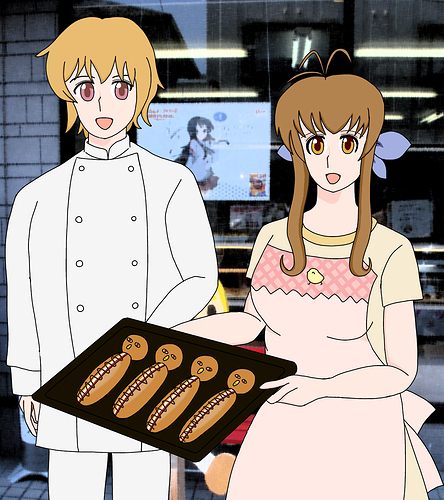 Hey guys, I hate to be a nag, but the amount of fanwork contributions for this Bookclub has been dismally low! We have hardly anything to put in the Anthology. Without the help of each of you, there might not even be an anthology!

I want you all to consider what YOU can bring for the CLANNAD Bookclub. Even if you’re not good at drawing, there’s so many other things you can do. You can cook some pilaf or bake some bread. You can program some software or a fangame. You can take photos, do a cosplay, or craft something, or play some music. Think hard about it! I’d like all of you joining in the Bookclub to contribute something, no matter how small.

Well then to please the great one, I’ll try my best. I’ve had an idea for a while about constructing MtG decks for characters; I’ve seen pokemon teams made for LB! characters, so this is basically the same thing.

The idea is to recreate a character’s personality in the deck’s playstyle. For my own sake mostly, every deck has to have a win condition and be-to a degree-playable.

I started with Sunohara because it’s the easiest one and the reason why I came up with the idea. Decklist
Tibalt, the Fiend-Blooded is the centerpiece of the deck because the card is perfect for Sunohara. Planeswalkers are usually very rare and powerful, but Tibalt is widely regarded as the worst one ever made and he’s the butt of many jokes. Playing a planeswalker on turn 2 seems good but Tibalt mostly blows up in your face, much like Sunohara’s plans do.
Pardic Dragon is another card that fits Sunohara like a glove because of how good it looks and how badly it plays. If you just read the card without much thought, it will look like a 4/4 flying creature that starts attacking on turn 4. In a real game, this will never happen ever. This is the best description Pardic Dragon there is.
Pretty much the entire deck is like this. The cards look deceptively cool and powerful but will mostly just backfire. Coupled with a low amount of 20 lands, this deck is a true mess; playing this deck is pure luck and the odds are not in your favor. I call it, Sunohara, the Idiot-Blooded

Made one for Kotomi as well. Decklist. Inspired by how Kotomi is before Tomoya pulls her out of the library, I figured a deck based on Laboratory Manic would fit well. Normally in MtG, you lose if you draw out all the cards in your deck but the maniac flips it so that you win instead. So reflecting how Kotomi spends all her time reading, the deck is all about playing cards like Compulsive Research or Thirst for Knowledge to draw out your deck, and then when you’ve “researched” enough you win. I also added her habit of sharing things through Zedruu the Greathearted, and her general defenselessness is represented by there barely being any cards that interact with the opponent.

I’m gonna tag the old artists and see if they’re still around and willing to contribute!
@Ekalina @chesca @DaiVel @Mitsuna
And @Akito and @SuikaShoujo, though you two have already contributed one piece each!

I’m gonna tag the old artists and see if they’re still around and willing to contribute!

When is the deadline?

Kyaa, he’s too good for us! Also @Dizzyworld2 too. =3=
Schedule for the routes is here: CLANNAD Bookclub Topic Anthology is scheduled for approx. 27th February. If you wanna art for specific routes you’re welcome, but I won’t ask for too much

yea the force is strong with @Whitecrow

I’m not as good as him, but I’ll try. However, it’s gonna be a busy month for me and I always take a lot of time to finish an artwork (newbie with mouse, lol) so I think I may only be able to produce one picture in that period of time.