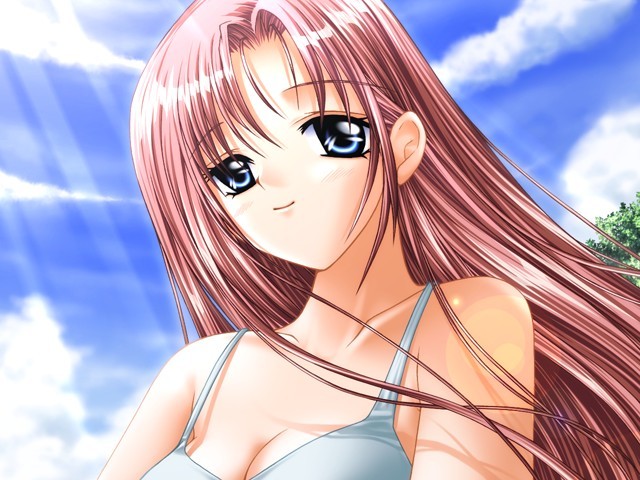 Discussion of Haruko’s character in AIR. You are welcome to discuss the entirety of the series freely, but tag references to outside works with [spoiler].
Her birthday is the 3rd of November.

Haruko is my second favorite character in Air. I liked her eccentric personality and was able to understand what she was going through. Additionally the final story arc where she worked her way to being Misuzu’s mom and the fact that she was not willing to give up even when Misuzu loses her memories due to the curse really cemented her as a great character.

The Misuzu Route segment of the AIR Bookclub Podcast has now begun! Discussion will be taking place from this post onward.

She was the one who made me love Kansai-ben, the Air arc and somewhat mature women… <3

Misuzu route is over, but I’m sure we’ll be back to talk about Haruko some more later. Stay tuned!

We’re back with the AIR Route, and that means more Haruko discussion! The restrictions have been lifted, so feel free to discuss without spoiler tags now!

AIR is a shared story between Misuzu and Haruko, because both have their struggles and work hard to help overcome each other’s burdens. For the first half of the route, we see Haruko wearing her usual mask of drunkenness. She doesn’t make much of an effort to bond with Misuzu, because she’s afraid of the responsibility and pain associated with it. Instead, she prefers to goof off and refuses to grow up, which makes her rather immature compared to Misuzu.

Haruko’s dilemma becomes more complex as AIR progresses, yet it is somehow quite similar in nature to Misuzu’s. Both are lonely and would like to change that given the chance, but Haruko feels she is at an age where her responsibilities prevent her from pursuing any maternal obligations. So, she decides to place a barrier between her and Misuzu, hoping that when Misuzu eventually leaves her care, she will no longer need to keep up her drunken, sloppy, negative attitude. She quickly realizes that she has grown to like Misuzu too much, and that Yukito is doing much better at taking care of Misuzu than she can. She eventually decides to take the first step and change her attitude towards Misuzu, knowing that it will be painful, but she will bear through it.

Haruko’s persistence in trying to care for Misuzu isn’t forceful, since it does allow for Misuzu to have some breathing room. Misuzu does feel that she can’t grow attached to Haruko, but Haruko doesn’t intend to suddenly stop because she’s getting worse. Yukito may have thought that leaving Misuzu was the best course of action, but it only made things worse for her. But Haruko won’t leave her, because she has to make up for a decade of lost bonding time.

Here’s a couple Key Points regarding her:

Unlike many of the other relationships Sora compares to a mother and her child, Sora’s first impression of Haruko is that of an enemy, not a mother. Why does Sora make this observance, and how is this telling of how distant Haruko is to Misuzu initially?

If Misuzu ends up getting closer to Haruko during the second half of AIR, why doesn’t Haruko feel the effects of the curse?

Looks like Minagi and Hijiri have some competition now. :3 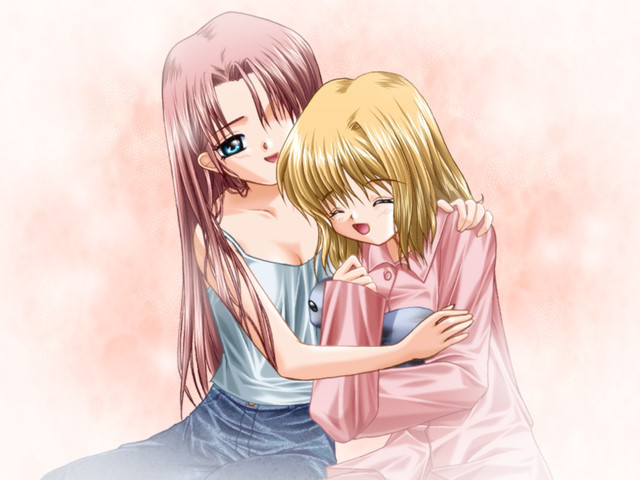 Haruko is like, the best character of this VN hands down. Ever since the common route, the bookclub has really dug deep into this character, analysing her behaviour and motives. Our perception of her goes through several different shifts during the course of the VN, from a decent to questionable to amazing character. In AIR route especially, she shows enormous personal growth and development. In the beginning she tries to distance herself from Misuzu to avoid growing attached, but also to prevent her from suffering attacks from her condition. After a sudden realisation that she needs to stop moping around and finally take a step to become Misuzu’s mother, she leaves the house in Yukito’s care and spends a week begging the Tachibana family to grant her full custody. When she returns, to help Misuzu, holy crap I had to hold back the tears of happiness. I was so happy to see her make a full turnaround and start being the best mother (or best companion) Misuzu could’ve hoped for in her time of need, like a hero to save the day. Haruko emphasised everything I as a reader have been hoping for: to continue loving and supporting Misuzu despite the influence of the curse, to be prepared to die for her happiness. Haruko is so admirable here.

But it’s not easy. There are many trials set out before her, as Misuzu begins regressing to before she knew Haruko, and Keisuke tries to take her away. In this week or so, Haruko learns all the pain and struggles of being a mother from the very beginning again (all except the actual childbirth). And in the end, her efforts are paid off, as a miracle occurs and Misuzu remembers their bond at the last moment. In the end, Misuzu’s tragic fate was ultimately unavoidable, but not before creating all of those tremendously happy memories in the times they had together. Even if it was brief, they truly were mother and daughter, and an amazing duo at that.

But what really cements Haruko as an amazing character is the epilogue. After crying for weeks since Misuzu’s passing, she becomes content with the state of her life. She knows that Misuzu was her one and only daughter and nobody else will ever fill that gap in her life, but having experienced the happy and sad times with Misuzu were what helped Haruko more than anything. In her words, she felt more alive in those couple of weeks than she had in the other 26 years of her life. Family is full of the greatest happiness and greatest sadness, and she’s glad to have experienced it all. And now, she’s continuing to live with a purpose in mind, by helping teach the next generation of children all of the things she’s learned through her experiences with Misuzu. More than anyone else, this is a character who was able to find peace with the death of a loved one. That makes Haruko so, so amazing to me.

Definitely one of the best Key characters of all time.

Haruko is like, the best character of this VN hands down.

Friggin’ this! Haruko was such an undervalued character! ;v;

In fact, raising a kid is more of a merit for parenthood than just bear them

Haruka is a truly amazing character, a great journey from not very likeable drunken comedy turn to devoted mother. I think a lot of credit is due to the Voice Actress too who goes through the whole gamut of emotions brilliantly. I’m not normally into shipping but a Haruko x Yukito spin-off anyone…?

I am going to echo some thoughts that a couple others I know have. Haruko is the best Key mom, full stop. I have yet to read Rewrite, Harmonia, or Summer Pockets and I do not even know if there are mom’s in them, but comparing Haruko to Akiko and Sanae, Haruko is the clear winner.

I say this because she feels the most human out of the three. Akiko is the “all knowing, all seeing, all understanding, all forgiving” anime mom archetype that feels like Yuuichi would punch Nayuki square in the face, right in front of Akiko’s very eyes, and instead of reacting negatively in any way, Akiko would somehow find an excuse for it to all be okay and broker peace, even if it really was just Yuuichi being a jerk. Sanae is like that, but to a lesser extent. She benefits from much more development than Akiko does, and has much more to her than Akiko does as a result, but she still seems too “perfect.”

Haruko does not. I am not one of those people that think imperfection is always going to be superior and score all the points, but making Haruko so imperfect allows you to witness and observe all of her changes and development in the most intimate manner. Seeing how she is so cold to Misuzu, to finding out in the Misuzu route why she is that way, to finding out in the Air route how much she actually cares, and then seeing it happen in the latter half of the route.

If I could describe Haruko in two words, it would be: Incredibly Underrated.